The Daily Nexus
The Daily Stench
Professor Booze Cruise Results in Hijacked Oil Rig
March 27, 2017 at 4:20 am by Lauren Jensen 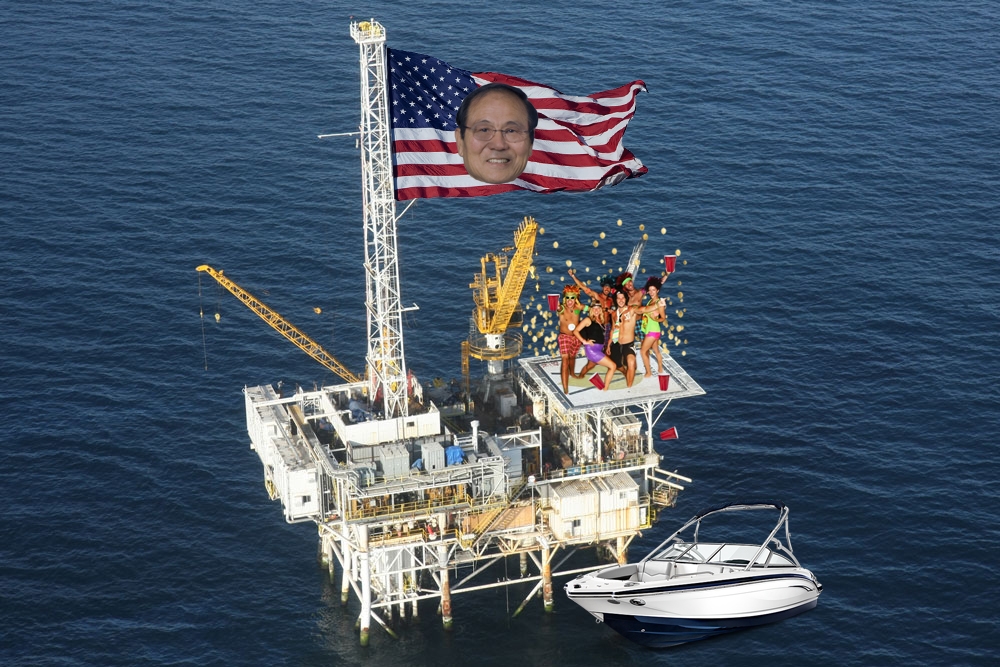 A group of professors’ attempt to let off some steam during Spring Break has landed UCSB in hot water with the commandeering of an oil rig off the coast of Santa Barbara. What was meant to be a quiet ocean cruise for several of the school’s esteemed faculty turned into a nightmare of intoxicated hijinks, which included the swift seizure of one of the several oil rigs that are visible from the coast.

“We didn’t mean to take it this far, but most of us are having a blast here,” Professor Maryam Ackers of the English Department remarked. “We want to make this a permanent thing for us.”

After the forceful evacuation of its employees, the majority of the professors have petitioned to form a colony on the oil rig. A draft of their constitution has already been shown to the college board and is now pending approval from Chancellor Henry T. Yang. The constitution declares the professors as a sovereign entity free from the reign of University of California and their associates.

Some students are supportive of this measure, citing several instances in which a cathartic separation from a stressful environment have proven to be beneficial to mental health.

Drew Sherry, a third-year biopsych major commented, “If they want to have fun, let them be. Maybe this will reintroduce a new version of Floatopia for all of us, and frankly taking an oil rig sounds pretty boss.”

Opposition has also been voiced from other students and the remaining staff members, in face of the mountain of paperwork and litigation that has been filed by the company that owns the oil rig.

“If this is what my student fees are going toward then I’m done,” a fourth-year student who would prefer to remain anonymous said. “It’s no fair that some drunk professors get to hijack a rig and still get paid for it. Where was UCSB when I got high and drag-raced a stolen car down DP?”

None of the professors from the cruise has since returned from the rig, demonstrating their dedication toward their cause. UCSB and the oil rig company are coordinating efforts to drive the professors away from the seized property, but to no avail. Chancellor Yang is unwilling to let this fiasco continue, but the pirateering professors have shown a united front on their stance.

“We aren’t leaving ‘till the booze is gone,” Megan Kim, PH.D., of the Engineering Department said. “Professor Stanley from econ brought at least 30 crates of Captain Morgan, so our future here looks very promising.”

Lauren Jensen has gone on a cruise before, but unfortunately was devoid of alcohol and hijacking.