The Daily Nexus
Volleyball
No. 15 Gauchos Eyeing Win Against Unranked Concordia University
March 15, 2017 at 5:11 am by Spencer Ault 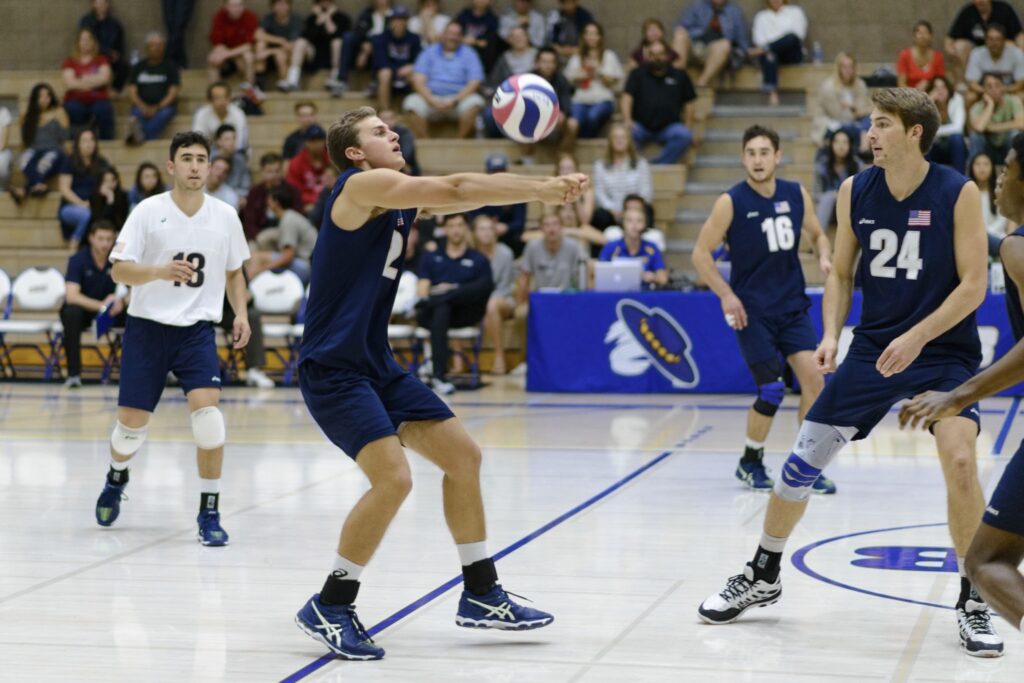 If the UCSB men’s volleyball team is going to make a run back up the national rankings, now is the time. Currently ranked No. 15 in the nation, which is the lowest-ranked spot, the Gauchos entered this week with three winnable games on the docket.

On Monday night, UCSB got the job done in the first of those games with a 3-2 comeback win over visiting Harvard. The victory pushed the Gauchos’ record to 10-11 on the season, while their 5-9 conference record stayed the same.

Now UCSB’s attention turns toward its next opponent, Concordia University Irvine, who will visit Rob Gym on Wednesday night. That will be the Gauchos’ last match for two weeks, thanks to upcoming Finals Week.

Down two sets to none on Monday night, and on the verge of a disappointing loss, UCSB battled back in sets three and four. Set four was particularly contentious, as the Gauchos extended the match with a thrilling extra point victory.

Monday’s decisive fifth set went to extras as well, as neither team seemed to be able to make any daylight between each other. It took until the 17th point for UCSB to finally crack open the necessary two-point lead with a freshman outside hitter Roy McFarland kill off of an assist from freshman setter Randy DeWeese.

The win on Monday moved the Gauchos just one win away from the .500 mark on the season, and they’ll have a chance to reach that status when they take on Concordia on Wednesday night.

The Eagles are not a top-tier team nationally, but they’re far from a pushover. Concordia boasts a sterling 16-7 record so far this season, and have won seven in a row coming into the match on Wednesday night.

Matches against ranked opponents haven’t gone so well for the Eagles, who are 0-4 in such contests. Wednesday represents the team’s first opportunity since mid-January to put a tally in the win column, a chance Concordia will undoubtedly look to take advantage of.

The Eagles have five players with over 100 kills on the season. Top on the list is junior outside hitter Jonathan Predney, who has 263 kills over 20 games with a team-best 3.60 kills per set.

Senior opposite Ryan Anselmo is second on the team with 173 kills, while sophomore middle blocker Hunter Howell, senior opposite Joseph Pillon and senior outside hitter Andrew Hammer make up the rest of the Concordia Century Club. Hunter is a defensive force as well, with 85.5 blocks in 2017, good for first on the team.

All five attackers have Chandler Gibb, a sophomore setter from Huntington Beach, to thank for the vast majority of their kills. Gibb has 694 assists on the season, far and away the highest total on the team.

UCSB will have its hands full stopping Concordia’s many-pronged attack on Wednesday night. If they do succeed in doing so, they’ll have two weeks worth of break to revel in their return to .500.

The Gauchos take on the Eagles on Wednesday night in Rob Gym at 7 p.m.