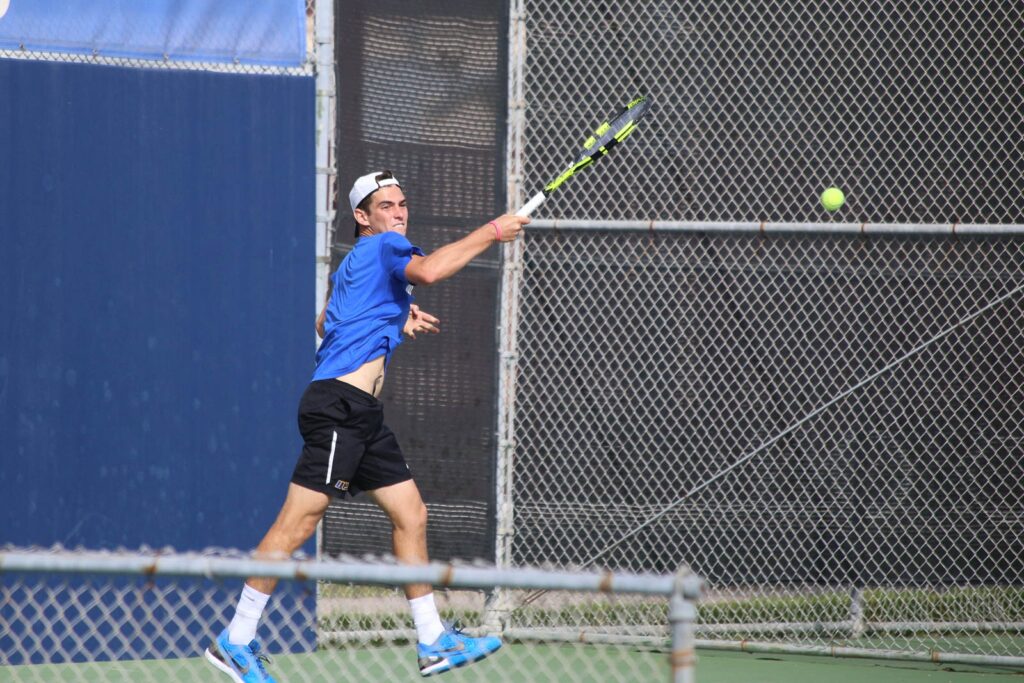 The UCSB men’s tennis team continues the tough schedule ahead as it will host the TCU Horned Frogs on Monday and then turn its attention to the Gonzaga Bulldogs on Wednesday.

Following last week’s double header results, where they fell 3-4 to Baylor University but got it done at  4-3 versus the University of New Mexico, the Gauchos’ record now stands at 7-5 on the season.

Last week saw a few key highlights, like when we saw senior Morgan Mays and junior Simon Freund’s eight-game undefeated streak in doubles play come to an end. UCSB once again fell just short to another top 25 team in Baylor, yet proves they can compete with the best of them.

TCU currently sits at No.31 on the Intercollegiate Tennis Association’s rankings and Gonzaga have won four of their last five matches, so we can expect more tough competition ahead of the Gauchos’ March campaign at home.

Texas Christian University similarly holds a 7-5 season record, whereas Gonzaga University remains at 4-3 on the season.

The Horned Frogs are in fine form as they are coming off an impressive 4-3 comeback victory over Stanford University the week after they took down No.6 Cal Berkeley at 4-3 as well.

Down 3-0 early on in the Stanford match, TCU’s singles play managed to upset the home side late in the meet, thanks to the nationally ranked players of Jerry Lopez, Guillermo Nunez, Alex Rybakov and Cameron Norrie.

TCU junior Norrie leads his four teammates at a No. 23 singles ranking and also boasts such accolades as 2016’s Big 12 Tournament Most Outstanding Player, as well as being and ITA Singles All-American for the past two years.

The Horned Frogs are currently on a three-game win streak after their win against the Gauchos and have proven their singles play is enough to get the job done for them.

As for Wednesday’s opponent, the Bulldogs have been impressive at home after their five-game campaign has resulted in a 4-1 result on their overall record; although they have yet to claim an away from home win, they’ll seek to reinforce their run against the Gauchos.

During this five-game series the Bulldogs have yet to concede a doubles advantage point, and they also pulled off two 7-0 sweeps over their foes. Entering this week’s competition, Gonzaga is coming off a 6-1 rout over Air Force; they will also face UC Riverside on Monday before heading over to Santa Barbara.

The Gauchos will be headed into this week of meets with something to prove, as the home side will look to put an end to weekly .500 results. On paper, these fixtures prove another pair of sweeps is possible; doubles advantage point will surely be hard fought yet vital, whilst a consistent singles-portion performance is demanded.