The Daily Nexus
Opinion
The Role of Jewish Spaces
March 10, 2017 at 4:31 pm by David Rubinstein 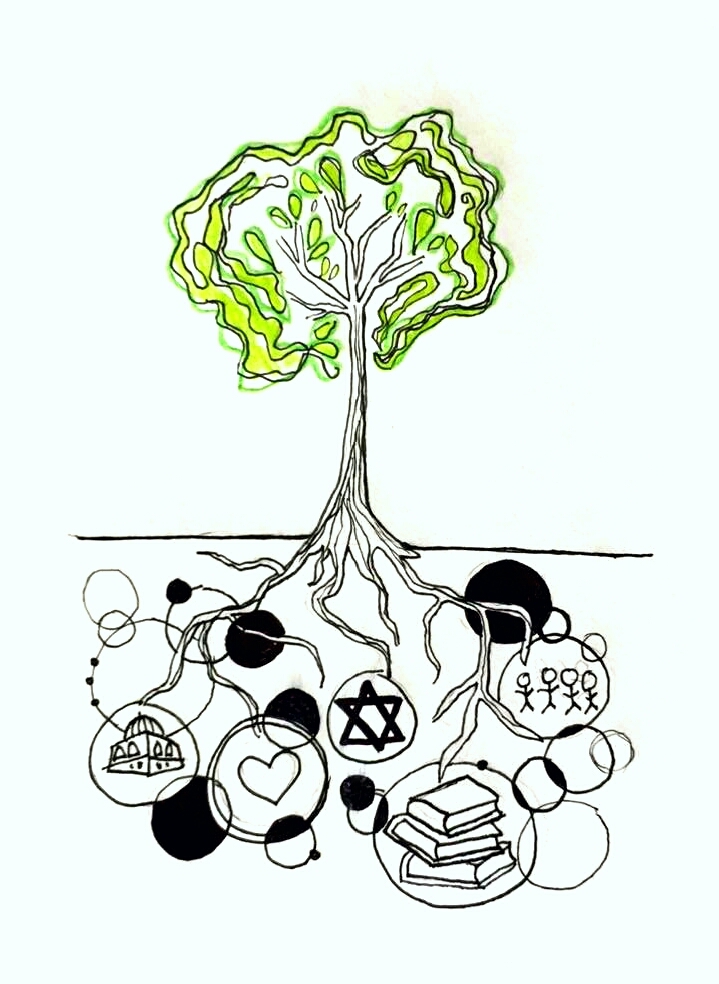 There are many Jews I have talked to in college who do not believe they are Jewish. It is not that they disavow their Judaism or do not wish to identify with their Jewish roots, but rather it is that they believe they must be doing their Judaism wrong. The institutions do not reach them and Torah does not speak to them. I’m using ‘they’ rather disingenuously, actually, since I was one of them.

And we are not alone. In the most recent Pew Study of American Jewry in 2013, the largest denomination claimed by Jews under 30 was “no denomination” at 41 percent. The second largest affiliation was Reform at 29 percent, followed by Conservative and Orthodox at 11 percent each. This makes Jewish groups very nervous and has led to a concentrated effort to bring Millennial Jews back into their ranks. Yet we haven’t gone anywhere: While Jews under 30 overwhelming do not identify with a denomination, 96 percent of us claimed to be proud to be Jewish.

When 96 percent of us assert our pride in an identity we have no viable avenue in claiming, the onus lies squarely on the leaders. The answer for why overwhelming amounts of young Jews are leaving the congregations lies in the answers we gave when the survey asked us what we consider the essentials of Judaism: Remembering the Shoah, leading an ethical life, working for justice and equality and being intellectually curious overwhelmingly topped the list at 68, 65, 55 and 49 percent respectively. Only 32 percent answered that caring about Israel is an essential feature of Judaism (compared to 39 percent who said having a good sense of humor is an essential feature), and only 20 percent answered obeying Jewish law.

Jewish institutions should look at those responses and be overjoyed with millennial Jews’ attitudes towards identities, yet instead we see a lot of kvetching over these meshugeneh diasporic Jews. I do not know how to interpret the fact that 96 percent say they are proud to be Jewish, 65 percent say it is essential to live an ethical life and 55 percent say it is essential to work for justice and equality, yet only 16 percent are members of a Jewish group. It is clear that, to the vast majority of young Jews, Jewish groups do not provide a space of moral authority.

My Judaism is a process, a way of constantly challenging oneself and a pressing reminder of our obligation of tikkun olam (repairing the world).

In fact, large Jewish institutions live in a paradox of being nonprofit organizations forbidden from wading too far into politics and as Zionist groups working to make diasporic Jews make aliyah (move to Israel). Mainstream Jewish organizations are fixated on seeing support for the existence of Israel and the policies of its government as the center and pinnacle of Jewish identity, and they have been unsuccessfully trying to pass that onto young Jews. The history of this is understandable, as Jewish groups post-Shoah have been working diligently to secure favor and recognition from western governments in an effort to make sure they “never forget.” Yet, in our drive to make sure governments never forget the atrocities leveled on our bodies, we seem to have forgotten ourselves.

That we come from wanderers is to me the essential quality of Judaism. My Judaism is a process, a way of constantly challenging oneself and a pressing reminder of our obligation of tikkun olam (repairing the world). A dogmatic, nationalistic Judaism lacks both the power and beauty possible in Jewish sensibilities. Our strength stems from our diasporic roots and our constant drive to improve both our own lives and the lives of those who feel the heel of the boot most strongly as it stomps on all of us. I by no means wish to romanticize the struggles of the diaspora throughout our history, yet the idea that the response to consistent oppression lies in a 20th century nationalistic interpretation of a theological destiny rings hollow to both me and the majority of young diasporic Jews. I am driven by the belief that we cannot use the same tactics that enslaved us to now emancipate us.

The insistence on “Israel First” by the most vocal Jewish organizations betrays the transcendent power of Torah and the Jewish spirit by committing ourselves to a modern, reactionary political ideology at the detriment to vast swaths of the diasporic Jews. Israel has not made us safer, and if one is not careful to avoid the fallacy of the megaphone, it has led to a situation where a minority of Jews have been able to dictate to the goyim and the Jewish world alike what it means to be Jewish and practice Judaism solely in modern political terms. This insistence on tying Jewish thought to a modern ideology betrays the power of Judaism to remain relevant for millennia, and it frighteningly allows for the possibility of Judaism becoming irrelevant if the political ideology it is being linked with eventually becomes seen as morally irredeemable.

This has also led to Jewish groups like If Not Now, T’ruah and Jewish Voice for Peace having to protest the Jewish Federations and the Israeli Government for getting in bed with the extreme right wing of the United States. When the Israeli government finds more to like in Donald Trump than in Breaking the Silence (an Israeli group of ex-soldiers who speak out against the occupation), when the Jewish Federations or Hillel are not the loudest groups protesting the far right wing shift in International (including Israeli) politics, when Netanyahu would rather listen to Christian Zionists than Jewish social justice groups like Bend the Arc: Jewish Action, it should shock absolutely no one that only 16 percent of us are involved in Jewish groups.

When the Knesset (Israeli parliament) recently passed another land grab law that allowed settlers to take Palestinian land illegally, the Jewish obligation is to forcefully protest and speak out against a textbook definition of apartheid. The mores of Torah do not change if we become Pharaoh. I have come to understand that I am a non-zionist not in spite of my Jewish beliefs, but rather because of them. I have come to understand that if the most vocal and well-funded Jewish institutions continue to have me shouting shanda that it is only natural that the majority of millennial Jews will be unaffiliated. I have come to understand that affiliation is not to be equated with level of Jewry and that there is no exact isomorphism between Jewish lessons and Jewish organizations. I believe strongly in the role Jewish spaces and organizations play, yet it is pertinent that we broaden our conception of what forms a Jewish space and the roles of Jewish organizations if they are to remain relevant and powerful.

One of my friends is a typical “bad Jew” who spends her nights studying for biochem midterm after midterm with the hopes of eventually becoming a surgeon. My hope is that we recognize that action as an authentic and powerful Jewish action and allow ourselves the chutzpah to call ourselves Jews — even good ones at that — even if we do not engage in “Jewish Spaces.” My hope is that we allow ourselves a less narrow and restricting definition of Judaism that once again prioritizes our obligation of tikkun olam. My hope is that rather than attempting to redefine the definition of Judaism to be those who support Israel, Jewish organizations should respect and encourage Jewish engagement in all its many forms and join the fight for a free Palestine. My hope is that Jewish groups can once again be on the front lines in the fight for justice and that we can add our unique and powerful voices to the growing chants of amazing activists standing up and shouting, once again, never again.

David Rubinstein thinks you should “do Jew.”

As a Jewish-American, the far-left anti-Zionist lunatic crowd (to which this author obviously belongs) never ceases to depress me.

Don’t worry–criticizing Israel is now grounds for expulsion from the UC system.

I draw a distinction between legitimate criticism, and advocating for Israel’s destruction which is exactly what the far-left, anti-Zionist lunatic crowd does via the so-called “right of return”.