The Daily Nexus
Water Polo
No. 10-T Gauchos Travel To Sonoma St Before Beginning Conference Play Versus No. 13 UC Davis
March 9, 2017 at 5:05 am by Tommy Pardini

Following a game on Thursday at Sonoma State, the No. 10-T UCSB Women’s water polo team will begin Big West play on the road at No. 13 UC Davis.

After racking up three more wins over the weekend, UCSB now holds a 13-6 record on the season. This is an improvement from last year when the Gauchos were 12-10 heading into conference play. 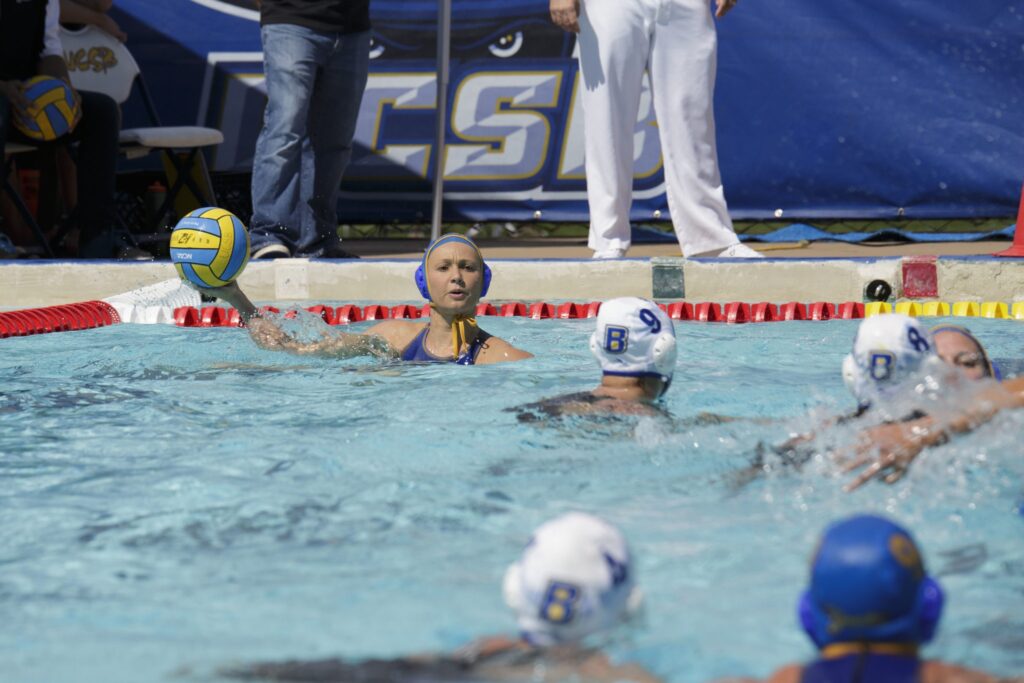 Santa Barbara is slowly but surely going back to its great defensive ways. In the last four matches, UCSB only allowed five goals per game, which is an improvement on the 8.5 goals allowed per game in the previous four games.

Not only is the defense trending in the right direction, but the scoring has also increased by 3.5 goals per game over the same four-game stretch. The Gauchos will look to continue the strong play versus a struggling Sonoma State side and a fluctuating UC Davis team.

Sonoma State comes into this matchup with a 6-13 record but has won three of its last five games. UC Davis began the season 1-8 but has improved to 11-13 on the year after a 7-2 stretch in its last nine contests.

UCSB and Sonoma State have only met once in the last three seasons. This will only be the Seawolves’ second game at home this season.

Sonoma State has a great three-headed attack who each have over 29 goals this season. However, this season the Seawolves have conceded over 10 goals per game which may not bode well against a young, rising UCSB squad.

After the game against the Seawolves, the Gauchos will travel to UC Davis to start Big West play against the Aggies on Saturday.

Last season the Gauchos finished third in the conference with a 3-2 record but went on to claim their first-ever Big West Tournament Championship.

UCSB faced UCD back in February at the Triton Invitational in a tight match. The Gauchos began to pull away in the fourth quarter, but the Aggies came back and cut the deficit to just one goal with a minute remaining, ultimately losing 8-7.

That win for Santa Barbara made it six wins in their last eight games against Davis. However, the goal differential in the last eight meetings is just one. With that said, a close game should be expected between these two.

The Aggies possess two lethal goal scorers in junior utility Paige Virgil and junior center Greta Kohlmoos, who have 46 and 49 goals, respectively. Virgil earned Big West Player of the Week three weeks ago, while Kohlmoos got it two weeks ago.

The Gauchos have a lethal goal scorer of their own in senior utility Taylor Shore. The team captain is currently riding a three-game hat trick streak with 35 goals in 19 games this season.

The Corona native will try to keep the hot streak going into conference action.

Along with UC Irvine, UCSB boasts the best record in the conference at the moment but will have to beat some tough teams to stay there come the end of April.

Every team in the Big West is ranked top-20 in the national rankings. Five teams hold spots in the top 15.

Last season it was Long Beach State who was crowned Big West Regular Season Champions, but this year it looks like anyone has a real shot. Perhaps this will be the year the Gauchos win their first ever regular season title.

UCSB will play at Sonoma State at 5:00 p.m on Thursday, March 9th at Dr. G. Edward Rudloff Pool. It opens Big West play at UC Davis at 11:00 a.m on Saturday at Hickey Pool.