The bylaw states that campus organizations shall spend no more than 5 percent of total Finance and Business Committee funds, or $70,000, on “student forums that foster creativity, leadership, scholarship and diversity including but not limited to conferences, seminars, retreats and similar events.” Fourteen senators voted yes to the resolution, six voted no and two abstained. 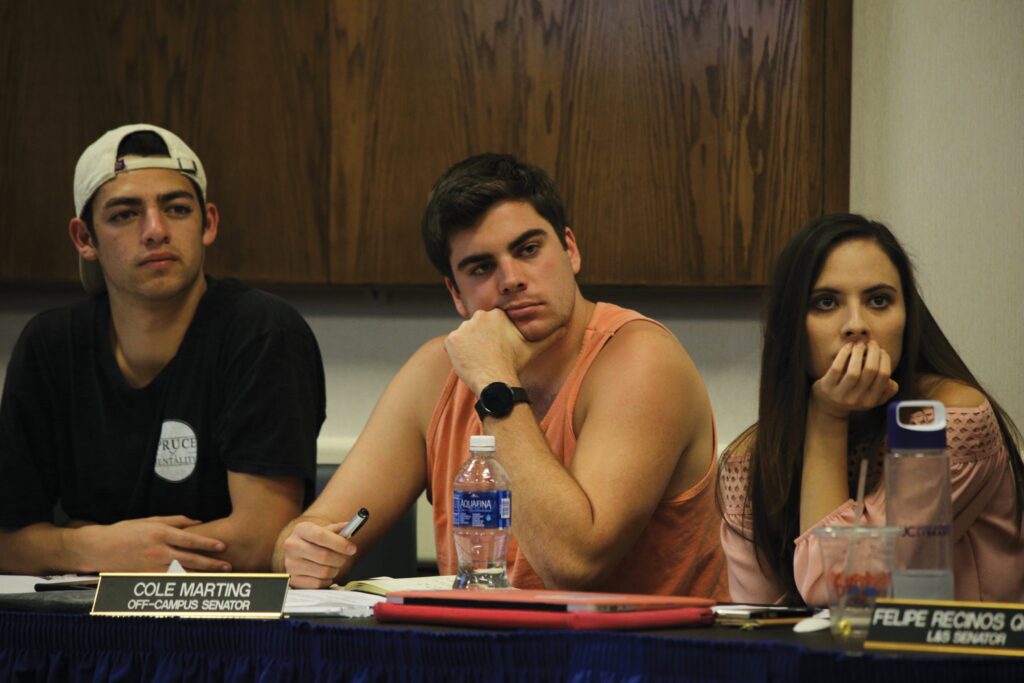 The bylaw also adds a cap of $3,500 per conference, allowing 20 organizations to request funds and ensuring that no single organization can monopolize the budget.

During last week’s Senate meeting, Reilly Hobson, chair of Finance and Business Committee, said the average amount spent in previous years was $2,500 per conference, and thus a cap would not greatly affect anyone.

This bylaw has faced significant backlash from (BCUs). Certain BCUs feel that the bylaw negatively affects minority students and that Senate generally lacks communication with BCUs on issues that directly affect them.

n light of the newly passed bylaw, she said she doubts S.C.O.R.E. will have the ability to put on conferences that have been attended annually.

“In these conferences, it’s the only time when you get to network with other UCs and build coalitions, like for example, now immigration is a really big thing … At the Student of Color Conference there was an immigration caucus, [and] all UC students were working on how to work with the Regents, how to protect our students,” she said. “That doesn’t just happen through Facebook.”

“A lot of other organizations won’t be able to get their conferences, which means they will have to go to other funding groups,” Dumlao said. “Those groups are going to have to spend money that they would otherwise spend on weekly programming events [or] maybe other quarterly events.”

He also said the funding Queer Commission received for conferences allowed them to put on more local programming for smaller queer groups.

The bylaw also incentivizes certain post-event obligations. If the campus organization does not submit an event summary within two weeks or hold a workshop within two months, A.S. will place the group on temporary “funding probation,” which will prevent future funding until the requirements are met.

Hobson said the Finance and Business Committee received only one post-conference report this year.

Solis said she believes conferences are an investment.

“Every single student came back to campus and is doing something now,” she said. “You learn things at conferences that you don’t get to learn here, and you always bring it back to your community.”

She also said students of all backgrounds are welcome to join conferences.

Both Solis and Dumlao expressed concern that, despite being co-chairs of BCUs, senators did not ask for their feedback even though the bylaw directly affects them.

“How are you supposed to vote on something you have no idea about; you’re so disconnected,” Solis said.

Last week, A.S. President Austin Hechler said it is important to communicate with BCUs, and he suggested that honoraria be made contingent on attending BCU meetings. He said it is Senate’s job to communicate, and they are currently failing at doing so.

“A solution would be for them to reach out to us more and for them to involve us in this process before jumping the gun and taking away funding,” Nguyen said. “We’re, like, running around with our heads cut off.”

What a crock of shit. Many of these conferences are vital for communities of color, the lgbtq community, and other minority communities on campus. Once again AS Senate shows no respect for the work BCU’s continue to put in. It’s been the same shit from this OPP/Campus United dominated AS body for years. Yall are whack af and seem to have little perspective outside of your own CU bubble.