The Daily Nexus
Sports Blogs
Even Year Magic Against All Odds
March 7, 2017 at 3:15 pm by Kayla Talley 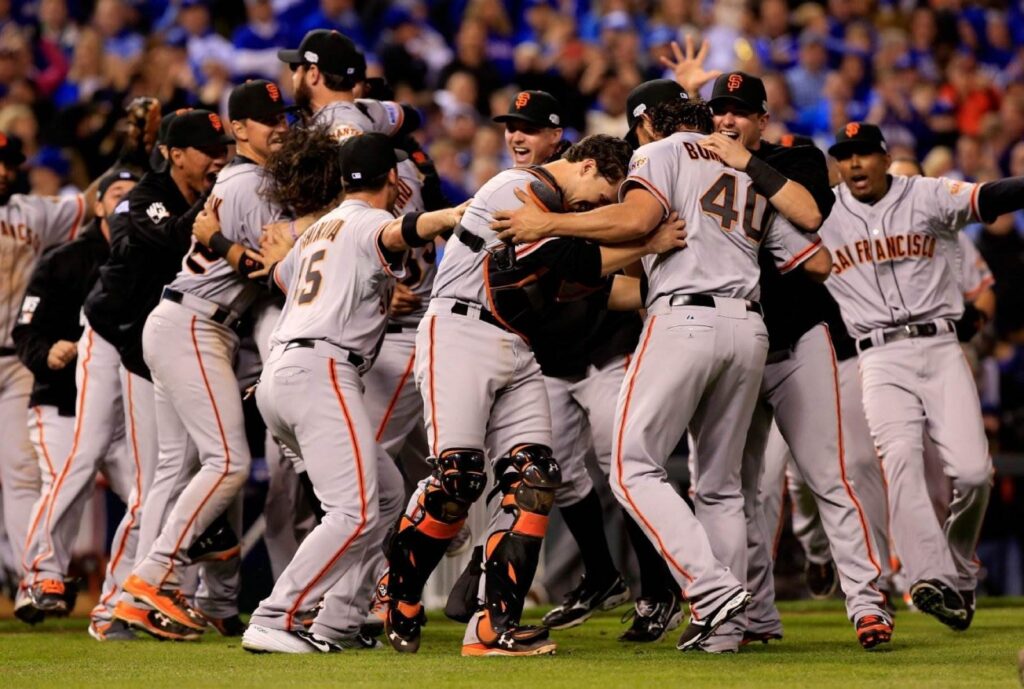 In the years 2010, 2012 and 2014, the San Francisco Giants celebrated three World Series championships. A baseball dynasty emerged in a historical 2010 season after having not won a World Series since 1954, back when the Giants were still located in New York.

Diehard fans were overjoyed to finally watch their team take home some long-awaited hardware. It was a thrilling and hopeful time for all Giants fans when they took another championship in 2012, and by San Francisco’s 2014 World Series triumph, the world of baseball started to acknowledge the bizarre pattern the Giants were somehow pulling off.

San Francisco had a rough year in 2015, but the idea of the widely acclaimed “even-year” streak gave fans faith and high expectations for the following season. Seemingly, 2016 mirrored 2014.

The Giants began the season with tremendous success, and then barely scraped by into the playoffs with a wild card berth. Other playoff teams and managers began to fear the strength and endurance of the Giants once they made it to the postseason, especially during an even year.

The franchise went nuts with this as a marketing opportunity. Various signs, foam fingers, baseball hats, t-shirts, and chants were formed around this even-year idea along with the widely popular “Don’t Stop BeliEVEN” slogan.

Giants fans had to have known that it could only last so long when taking into account that there was no logical reasoning for how this “magic” was happening and why, but the phrases were catchy, the environment at AT&T Park was unsurpassable and the belief of it all brought a great deal of optimism and playful banter among Giants fans and their rivals.

2016 seemed like another ambitious year for the Giants to achieve the status of World Series champions, especially after making it through an embarrassing second half of the season.

A dominant Madison Bumgarner at the mound made a return to the postseason after his historic 2014 run, and Conor Gillaspie, an unlikely postseason hero blasting a three-run jack in the 9th, powered the Giants past the New York Mets.

The Mets were favored to take the wild card and advance to the NLDS, considering their ace Noah Syndergaard is some sort of mutant science experiment, given his hammer for an arm.

But Bumgarner was looking to master his craft once again as one of the greatest postseason pitchers, and the Giants overcame Syndergaard and his hammer, allowing the fans to continue believing in the streak.

After coming off a high from their wild card win, the Giants were confident and ready to face the Chicago Cubs, although they knew it would be a challenging feat. San Francisco had a long postseason ahead of them, while the Cubs had been crushing it all season long.

Chicago led 2-0 in a five-game NLDS series when it came time for San Francisco to finally host Game 3. At this point, there was some uncertainty for the Giants, but they rallied when Gillaspie came through once again with a go-ahead triple off of Chapman in the 8th and Brandon Crawford added some cushion to create a 5-3 lead for the Giants.

They lost their lead in the 9th when Kris Bryant tied the game 5-5, due to Sergio Romo’s unfortunate ability to give up runs. But, yet again, the Giants vociferously fought back in the bottom of the 13th, many thanks to Joe Panik’s double to drive in Crawford and make it 6-5.

Giants fans were elated at the victory and the Cubs intimidating determination to end their 108-year World Series championship drought became less threatening.

However, as obvious as it was throughout the second half of their 2016 season and postseason, San Francisco’s bullpen was not deep enough to carry them past the Cubs and on to another World Series championship.

The devastation of saying goodbye to the even-year voodoo was painful. The “BeliEVEN” cheers had died by the end of a disastrous Game 4, in which Matt Moore pitched beautifully until the Giants closers threw their 5-2 lead away by giving up four runs to the Cubs in the 9th.

Some argue that manager Bruce Bochy should have never taken Moore out of the game, even though he was nearing a considerably high pitch count. But ultimately, it was a lack of skill in the Giants closers that cost the franchise and its fans another even-year celebration.

As heartbreaking as the 2016 postseason was for the Giants and their fans, that even-year magic was sweet while it lasted. By defying the odds, it gave Giants fans something unbelievable to believe in. But of course, there is some hype to get an odd-year streak going, so maybe the magic is not quite dead yet after all.