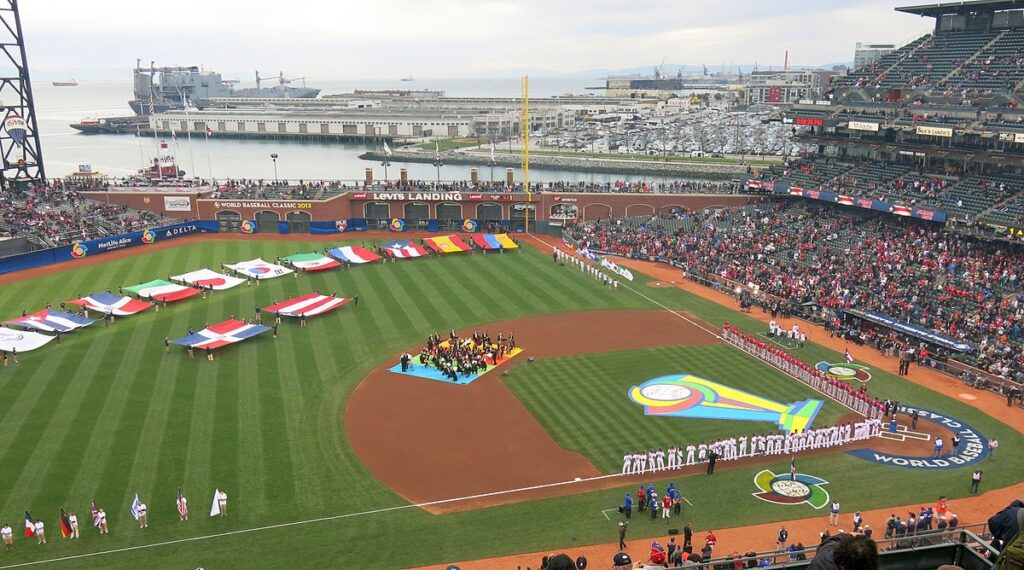 Spring baseball is back, but not the kind of spring ball you’re thinking about. The World Baseball Classic is here again, starting play on Monday, March 6. Now, I know what you may be thinking: “Who cares?” You probably have a couple good reasons to think that, too.

After four world baseball classic tournaments, team USA has not even finished in the top three yet. This year, however, is different. Team USA is finally loaded, and they are trying to bring back gold for the first time in the tournament’s history.

In case you may be unfamiliar with the history of the WBC and why the event came to be, here is some background. In 2005, the International Olympic Committee voted out baseball as an official Olympic sport.

Because athletes still wanted to play and represent their home countries and their ancestral backgrounds, Major League Baseball and the Major League Baseball Players Association proposed an idea to the International Baseball Federation to somehow keep the Olympic-style play alive. The IBAF agreed and the World Baseball Classic was born. The first WBC would be held one year later in 2006.

Each year, however, more and more countries enter to play in the WBC. France, Panama, Brazil, Germany, New Zealand, the Philippines, Great Britain, Nicaragua, South Africa, the Czech Republic, Pakistan and Spain were represented as well. Although these countries did not qualify for the main tournament, they did play in the qualifying rounds trying to enter the WBC. I bet you didn’t know some of these countries played baseball, huh?

The past winners of the WBC include only two countries: Japan (2006, 2009) and the Dominican Republic (2013). In these years, team USA did not have a roster that represented its full potential as a country.

This was because the WBC title did not have much worth to players born and raised in the U.S. Instead, All-Star caliber Major League Ball Players would elect to stay in spring training to get ready for the regular 162-game season, which includes chasing the most important title of all: World Series Champion.

Still, this did not stop other All-Star Major Leaguers in the past from joining their respected countries. The Dominican Republic, Japan, Puerto Rico and Venezuela have all been represented by their best athletes every WBC due to one reason and one reason only: pride.

Now, enter USA in the 2017 WBC. As reported by baseball beat writers and analysts, Americans are sick of being made fun of in their locker rooms for not having a WBC title yet; they are simply tired of being mocked for doing poorly in a tournament for a sport they themselves created.

So what did they do? They got together the best damn team they could.

You may be thinking, where is Mike Trout? Where is Bryce Harper? Where is Corey Seager? Although these players and more were asked, they all declined for reasons stated above.

Still, the U.S. will have the most powerful and skilled lineup the team has had in its history by far, and the most dangerous lineup in the tournament by a wide margin.

The U.S. wants a piece of the WBC title pie. For the first time ever, they have a really good chance. With all this talent, will America’s golden boys pull through?

Even though play will begin with a matchup between Israel and Korea at 1:30 a.m., team U.S.A. will not have its first game until March 10, at which they will take on Colombia in Miami.

The final round of the WBC will take place in Southern California at Dodger Stadium from March 20-22. Do not miss the WBC. For the first time ever, team USA could be crowned the champion right here in our own backyard.