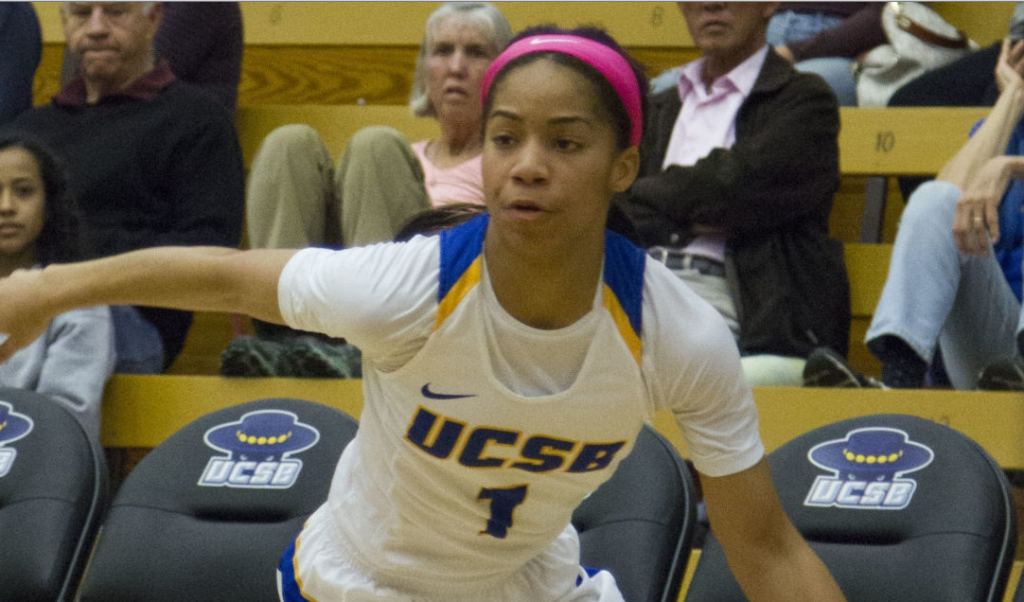 UCSB controls its own destiny as it needs one more win to secure the No. 4 seed and a first-round bye. In addition to its victory, UCSB is in this position thanks to the help of UC Riverside’s loss to UC Davis in its final game of the season.

“I think for the seniors, it’s always about them,” Head Coach Bonnie Henrickson said. “What you want is for them to have that chance. The pride that you finished in the top four in a really good league [is significant]. At least we have a chance to control [our path]. Everybody has something at stake; all the small things that give you a chance to be successful, we’ve positioned ourselves to at least give ourselves a chance. That doesn’t happen Saturday, that happens over the course of the season.”

Able to end a three-game slump in their return home, the Gauchos improved to 13-15 and 8-7 in the Big West. It was the opposite for UCI as it endured its third consecutive defeat in its final road game of the season, making the Anteaters 4-25, 2-13 in conference play.

Santa Barbara’s plan to feed forward Drew Edelman the ball in the paint was evident from the game’s beginning as she finished the game one-point shy of tying her career-high with a game-high 21 points along with tallying a career-high 14 rebounds.

“[UCI] started with a smaller lineup. Since they didn’t start with their [usual lineup], it was a much easier target for the guards to hit,” Edelman said. “They were lobbing me perfect passes, so we connected well.

UCSB outscored UC Irvine 24-6 in the paint and grabbed a total of 47 rebounds – its most in a conference game this season.

Edelman’s dominance in the paint freed up space along the perimeter, allowing sophomore guard Coco Miller to emerge. Miller recorded 14 points as all four of her made field goals came from behind the three-point line where she shot 4-of-5.

“[UCI] can’t stop everything. So if they stop the inside, [then] we have the open three,” Miller said.

Both Edelman and Miller ended the first half with a combined 23 points. The Gauchos’ frontcourt leader in Edelman scored the team’s first six points, which was the start to her 9-of-12 shooting night.

Having entered the Thunderdome as the top three-point shooting team in the Big West, UC Irvine established its perimeter focus right away as half of its field goals in the first half (6-of-16) were made from beyond the arc.

Irvine’s first five shot attempts of the game came from long range. Knocking down the Anteaters’ first three-point attempt was sophomore guard Andee Ritter to give UCI a 3-0 lead.

Able to increase her program single-season record of made three-pointers to 81 after Thursday night, Ritter had 16 points but was couldn’t establish a shooting rhythm as she finished 5-of-18 from the field and 2-of-9 from behind the three-point line.

It was an efficient shooting start for UCSB as it shot 50 percent from the field. But the Anteaters stuck around as the two teams exchanged scores to end the first tied at 17 apiece.

The trading of baskets didn’t last long as the Gauchos opened the second quarter with a 15-0 run to take a 32-17 lead.

Most notably, the Gauchos’ dominance in the paint led to UCI getting into the foul bonus nearly halfway through the second. Making 10-of-12 free-throws in during the period, UCSB had one of its best free-throw shooting nights, finishing 17-of-21.

It was not until the 4:50 mark that the Anteaters scored their first field goal as a result of a made three-pointer by senior guard Irene Chavez. She then hit another shot from long distance to trim the Gauchos’ lead to 33-23.

Chavez tied Ritter’s team-high 16 points but was more efficient from behind the three-point line, where she scored all 5-of-11 of her field goals.

Her two shots from long distance were the Anteaters only two baskets of the quarter as they were outscored 18-6 in the quarter and trailed 35-23 at the half.

UCSB pieced together a 10-3 run to open the third quarter and earned its largest lead of 19-points after a made three-pointer by senior point guard Onome Jemerigbe to increase the Gauchos’ lead to 45-26. Jemerigbe seven points, six rebounds, and a game-high seven assists.

Each time it seemed like UC Irvine was ruled out, it was Chavez who emerged with pivotal scoring to keep the Anteaters in the game. With 4:10 remaining in the third, Chavez started and ended UCI’s 13-6 run with three-pointers to trim its deficit to 53-42.

But the Anteaters’ rally ended quickly once UCSB established its 15-2 run to close the game. While UCI struggled on offense with a 21.4 shooting percentage, the Gauchos prevailed from the field at 50 percent to lock up the win.

After its win, only the task to win its next game lies ahead of UCSB. It will hope to secure the No. 4 seed on Saturday, March 4 against Cal Poly.