Five games stand before the 4-10 UCSB softball team this weekend in Cedar City, Utah at the St. George Red Desert Classic. Participating in the fourth invitational of its season, UCSB will play first-time opponents Utah Valley, Iowa State, Nevada and Southern Utah as well as the Nebraska-Omaha Mavericks, whom the Gauchos have faced and defeated once this season. 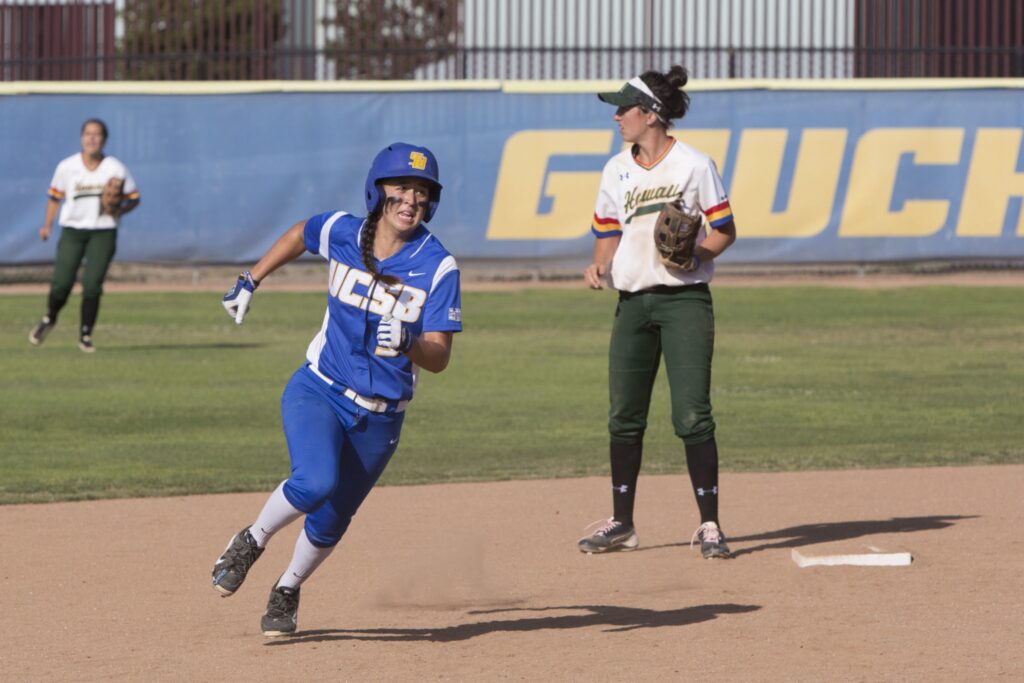 Friday will bring the Utah Valley Wolverines and the Iowa State Cyclones the Gauchos’ way; the action will begin at 11:30 a.m. Having only played four games this season, Utah Valley comes into the matchup without a win in 2017.

UCSB will try and right its two-game losing streak, in which the team has been outscored 18-2. The bats have been all right for the Gauchos, who stand at .277/.338/.416 as a team for the season, but the power just hasn’t been there for them; with only nine home runs on the year, UCSB has scored less than four times per game.

The Gauchos will need Sierra Altmeyer to continue to ramp up her production; the sophomore infielder has three homers and nine RBI to go with an impressive .333/.417/.667 slash line. Her partner in the infield, freshman Alyssa Diaz, will also be important to the Gauchos’ success this weekend, with two home runs and the same nine RBI in her first 14 games of college softball.

The biggest test in Cedar City will be whether or not the Gaucho pitchers can come around after a rough start to 2017. Sophomore Veronika Gulvin and freshman Felisha Noriega have been the team’s stalwarts, but both have struggled mightily. Gulvin has three of the team’s four wins, and she holds the better ERA, but both have four losses, and “better” doesn’t necessarily mean good, with Gulvin’s ERA sitting at 4.56 and Noriega’s at 8.24.

For the Wolverines, senior outfielder Courtney Beavers has been the team’s most impressive hitter, slashing .571/.625/.786, with three doubles, three runs scored and 11 total bases, all of which pace the team. Senior middle infielder Brittney Vansway has had a hand in much of the team’s production, knocking seven RBI in the season’s first four games.

Junior Lauren Frailey leads the team with nine and a third innings pitched, and she has only allowed eight hits and two earned runs over that span. Senior Bailey Moore is close on her tail with eight innings thrown, and her 3.50 ERA isn’t too shabby either, suggesting the Gauchos will face a tougher path than the Wolverine’s 0-4 record would indicate.

Iowa State (7-7) has been a streaky team to start the season, sweeping the Tennessee State Tournament the weekend of Feb. 17 before failing to win a game in the following weekend’s slate.

Led by freshman infielder Sami Williams and junior outfielder Kelsey McFarland, the Cyclones pack an impressive punch offensively. Williams has slashed .300/.349/.625 to start the year, but somehow is being outdone by McFarland, who’s put up a .463/.521/.610 line.

While Williams has the edge in RBI and home runs (11 to nine and three to one, respectively), McFarland gains her advantage having drawn three more walks, accumulated seven more hits and scored two more runs.

The team boasts three impressive pitchers, all with ERA at or below 3.26. Sophomore Savannah Sanders is by far the team’s most relied-upon arm, as she’s thrown almost double the innings of her teammates (43) and appeared in 12 of Iowa State’s 14 games.

Saturday will pit the Gauchos against the 8-5 Nevada Wolf Pack and the dynamic corner infield duo of sophomore Alyssa Mendez at third base and junior Jennifer Purcell at first. It’s been a hot start to the season for both, who’ve put up staggering hitting numbers as well as holding down the infield defense.

Sophomore Kali Sargent and senior McKenna Isenberg head the pitching rotation, and the Gauchos will have to work their way around the two savvy, veteran throwers, who’ve accounted for the vast majority of the team’s innings pitched.

The afternoon opponent for UCSB on the 4th will be Southern Utah, a 1-7 team that has failed to score more than three runs in all but one game. Five of the Thunderbirds’ games saw the team score one or zero runs, good news for a Gauchos pitching staff which struggled at the season’s onset.

Junior outfielder Sarah Murphy is the team’s leading hitter with a .385 average, but her identical slugging percentage shows just how little extra base hitting she’s been able to provide the team. Sophomore utility player Kendall Kapitzke has the team’s one home run, and her .176 batting average is propped up by a .462 OBP.

The Thunderbirds have tried several pitchers this season, but senior Kristen Hostetler has been the most relied upon, throwing in four games, starting a team-high three and doubling second place on her team with 16.1 innings pitched.

UCSB’s final match of the weekend will have the Gauchos face a Nebraska-Omaha team they were able to overcome 4-3 in extra innings at Stanford on Feb. 19. Since that game, the Mavericks have hit a losing streak, dropping four of their following five games.

The lineup, which has been remarkably consistent with eight players starting and playing in all 13 of the Mavericks games, is led by two stud outfielders junior Kelly Pattison and senior Lia Mancuso. The former has a slash line of .359/.419/.615, three home runs, eight RBI and seven runs scored, while the latter has almost been her match, slashing .351/.400/.541, batting in four runs, taking one ball deep and collecting four doubles.

Pitching has been more of a struggle for Nebraska-Omaha, with neither sophomore Laura Roecker nor senior Abbie Clanton, the team’s two main pitchers, having winning records or earning run averages below 4.00.

Keys to the weekend will be the Gauchos’ ability to keep the game close, as they’ve had a penchant for getting blown out in games they lose. Furthermore, if the ‘Chos are able to get the bats firing and they can get up at least four or five runs per game, the pitching staff should be able to hold it down from there.