The Daily Nexus
Tennis
Gauchos Look To Impress Home Crowd This Weekend
March 2, 2017 at 5:03 am by Andrew Hernandez

After going 2-2 in its five-game road stand, including one match that was postponed, the UCSB women’s tennis team will finally come back home this week to take on New Mexico State in what should be a solid match to witness.

The Gauchos began their road trip on a two-game winning streak which they were able to extend to four games after defeating UC Davis and Saint Mary’s College. UCSB was able to beat out some tough opponents with the help of a great team effort and persistence that allowed the squad to pull out victories in close matches. However, UC Santa Barbara saw the end of their four-game winning streak the following weekend when they traveled further up north to play the University of Oregon Ducks and Washington Huskies. Against Oregon, the team struggled to get anything going and lost 5-2. The Gauchos later lost to the University of Washington in a deflating straight sweep, 7-0. 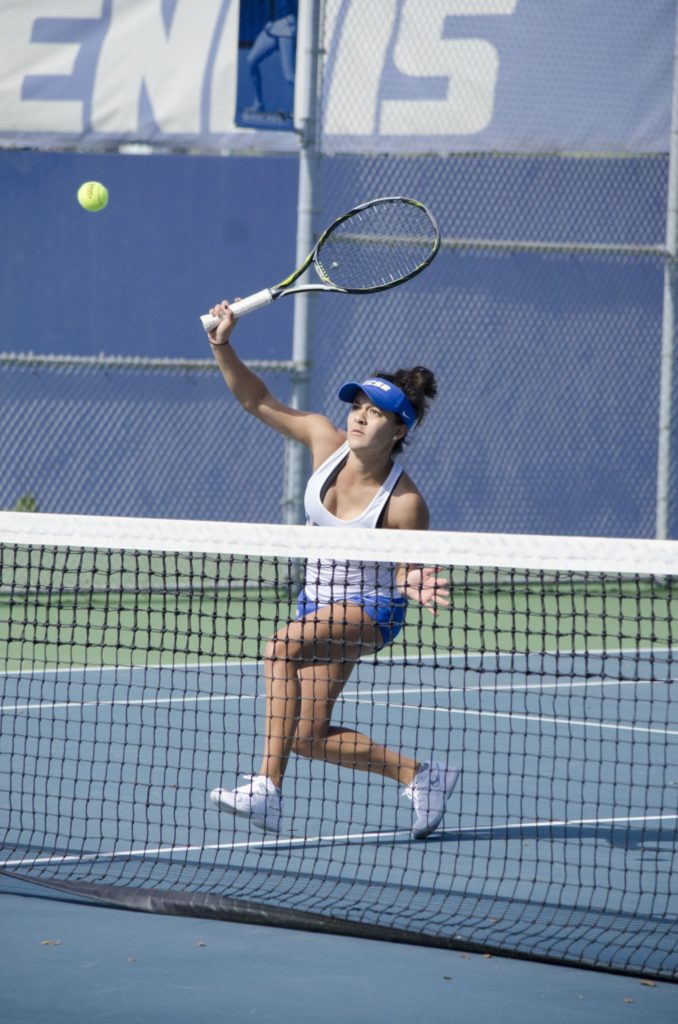 UCSB will have their sights set on bouncing back against a New Mexico Lobos team that currently holds a 1-7 record, with their only win of the season dating back to Feb. 18. That win ended a five-game losing streak, but since the victory the Lobos are currently on a two-game losing streak.

In singles play, the Lobos have had more success as they have battled in some tough matchups and were subsequently able to put points on the board. UNM has the ability to play well in singles play as evidenced by their matchup against the University of Wisconsin, the Lobos’ only win of the season.

The Gauchos have the perfect opportunity to right the ship against this struggling New Mexico team and, given the matchups, UCSB should be confident when they go to the courts this weekend.

With the lack of success in doubles play for the Lobos, UCSB’s nationally ranked tandems of No. 44 senior Melissa Baker/sophomore Stephanie Yamada and No. 52 junior Palina Dubavets/senior Stefani Stojic should be able to finally clinch the doubles point after being unable to do so in UC Santa Barbara’s last two games.

The game against UNM should also be an opportunity for the Gauchos to gain a rhythm back as Dubavets and senior Jaimee Gilbertson have been the only players to win in singles play over the course of last weekend.

UCSB’s return back home and meet against a favorable opponent should be enjoyed as the upcoming schedule after Sunday’s game is not looking too good for UCSB because they are scheduled to play four games from March 9-12.

The UC Santa Barbara Gauchos game against the University of New Mexico Lobos is scheduled to start Sunday, March 5, at 9:30 a.m. PST.