The Daily Nexus
Tennis
Women’s Tennis Has Streak Ended Over the Weekend
February 27, 2017 at 7:29 pm by Andrew Hernandez

The UCSB women’s tennis team was unable to secure victories against the Washington Huskies and the Oregon Ducks over the course of this weekend, leaving its record at 4-6. 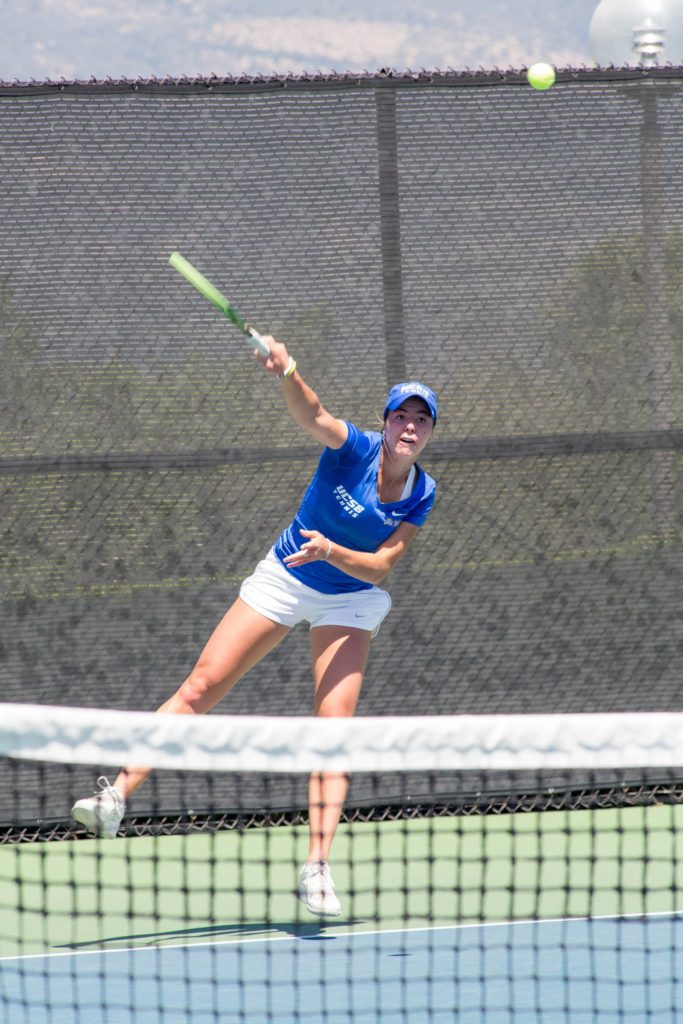 UCSB traveled to Eugene to play the Oregon Ducks on Saturday, where the Gauchos began with doubles play. Oregon’s doubles teams outplayed the Gauchos as both pairs of Stephanie Yamada and Melissa Baker and Natalie Da Silveira and Jaimee Gilbertson lost their games in quick succession.

The pair of Oregon victories by Marlous Kluiving and Julis Es and Nia Rose and Daniella Nasser clinched the doubles point for the Ducks and forced UCSB’s pair of Stefani Stojic and Palina Dubavets to abandon their match.

Dubavets was able to put some points on the board as she won her singles game against Nia Rose in three sets. Big West Player of the Week Gilbertson defeated Oregon’s Julia Eshet in three sets as well, 7-5, 1-6, 10-4. However, the Gauchos didn’t win another match as the Ducks played extremely well, winning four-straight matches as they went on their way to win the meet at a score of 5-2.

The Ducks flourished in their first home game back since their two-game Texas road trip early on in the month. Being out of competition for nearly two weeks did not seem to trip up the Oregon squad at all as the Ducks were able to perform well as a team in their successful effort to get back to .500.

The loss was a tough one for UC Santa Barbara as it brought the Gauchos’ four-game winning streak to an end in a loss in which the team struggled to get any momentum going. A win against the Ducks would have given UCSB a winning record for the first time ever this season, but the Ducks’ performance put the Gauchos under .500, where they have spent a majority of their time this season.

On Sunday, UCSB found itself traveling further north to Seattle, where they played the Washington Huskies. The Gauchos got off to a good start in doubles play as Silveira and Gilbertson defeated Katarina Kopcalic and Lana Slavica 6-3.

Former nationally ranked Washington pair Miki Kobayashi and Nour Abbes were able to handle the No. 52 Gaucho pair of Dubavets and Stojic, 6-3. With the doubles point up for grabs, the No. 41 tandem of Baker and Yamada were unable to secure the doubles point for the Santa Barbara squad as the efforts of Washington’s Stacey Fung and Kenadi Hance proved to be too strong.

In singles play, the Huskies dominated the Gauchos. Every single player for the Gauchos lost in their match with only one match being pushed to three sets. The Huskies improved their record to 10-2 and extended their winning streak to four over the course of the weekend.

For Washington, their performance in this meet was impressive and sweeping a talented team like UCSB is a good sign for them as they go on to start their conference play two weeks from now.

The performance against Washington capped off a disappointing weekend which saw the Gauchos’ four-game winning streak come to a close, a return back to a losing record and a long road trip back home after getting swept. These losses are surely deflating and the Gauchos are once again forced to climb back to a .500 record over the course of a four-game home stand beginning next weekend.

The Gauchos will play their next game at home against the University of New Mexico Lobos on Sunday, March 5 at 10 a.m.