Each of the No. 13 UCSB men’s volleyball team’s last seven games has come against a team ranked in the national top ten. Coincidentally, the Gauchos have lost seven games in a row.

Given that, it has to be a relief for the team to see UC San Diego as the next team listed on its schedule. The two teams have already met this season; the Gauchos clobbered the Tritons 3-0 back on Jan. 13. 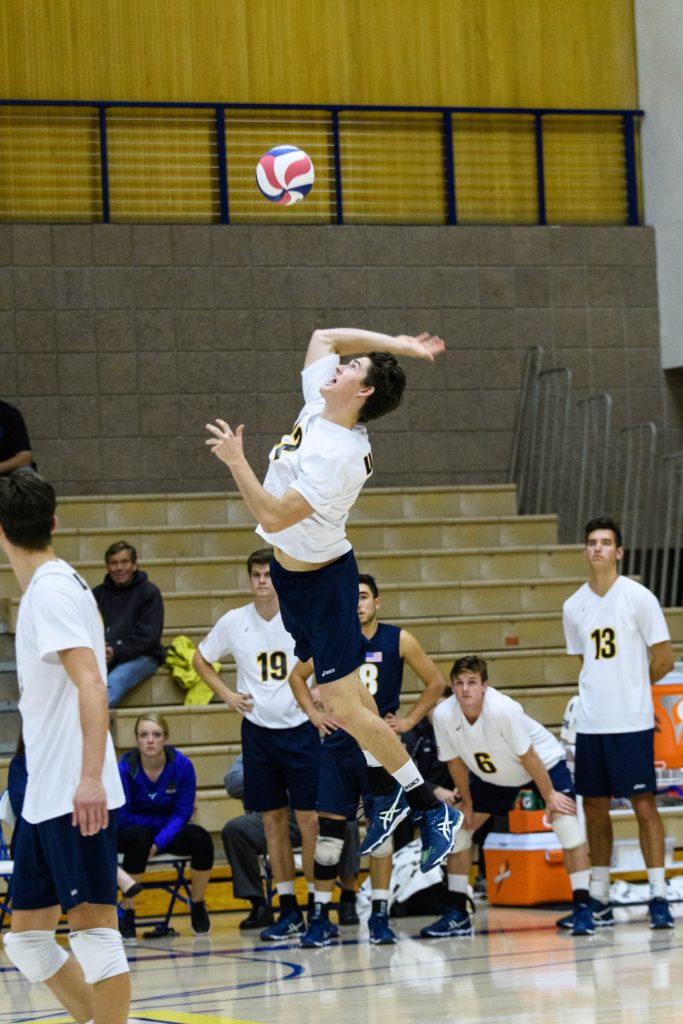 Friday’s game will take place in San Diego rather than in Rob Gym, so it likely won’t be as easy for UCSB, currently 6-8, 3-8 in the MPSF, the second time around. That said, the matchup serves as the Gauchos’ best chance in a while to snap their growing losing streak.

The Tritons are 5-4 over their last nine games, with a win over 14th-ranked USC and another over Princeton, a solid team in its own right. Now 5-9, 2-7, UCSD’s solid run has landed it just outside the top 15 schools in the country, receiving six votes in the latest NCAA rankings poll.

Santa Barbara’s losing streak started on Jan. 25 with a 3-0 loss to UCLA, then the second-ranked team in the nation. Another loss at the hands of the Bruins combined with two tough defeats in Honolulu to Hawaii, who is now ranked fourth, turned the slide into a losing streak. Losses to current No. 10 Pepperdine, No. 8 Stanford and No. 2 Long Beach State were what pushed the streak to seven games.

Losses to current No. 10 Pepperdine, No. 8 Stanford and No. 2 Long Beach State were what pushed the streak to seven games.

UCSD isn’t ranked at all, so Friday’s game will certainly be a break from the norm for the Gauchos. However, that does not mean it will be an easy matchup.

Junior opposite hitter Tanner Syftestad leads the Triton attack, a major change from when UCSD visited Santa Barbara. The 6-8 junior has double-digit kills in all but two games since he and his team faced the Gauchos, and his rate of 4.23 kills per set is fifth in the nation.

Syftestad’s 26 kills were the key to UCSD’s upset of USC earlier this year, and he’ll look to possibly replicate such a performance against the Gauchos on Friday.

Setter Milosh Stojcic has been similarly excellent for the Tritons and just as important. The UCSD attack flows through Stojcic, who has a team-high 464 assists, and the junior has been balanced on the defensive end with solid 50 digs to go with his offensive contributions.

In order to defeat the Tritons, UCSB will have to key in on the two impact players but also get its own attack figured out. Long Beach State held the Gauchos to a season-low 28 kills in UCSB’s last contest.

It was star redshirt senior outside hitter Jacob Delson’s first game this season without double-digit kills and the first game he didn’t lead the Gauchos in kills. Friday presents the first opportunity for Delson to shake that rough performance off and get back to his elite attacking ways.

Aside from his recent layoff, Delson has been a consistent force for UCSB all season as he leads the Gauchos in both kills and kills per set at 221 and 4.25, respectively.

A strong service game in UCSB’s first matchup with UCSD proved crucial in that first win, but recent matches have seen the Gauchos struggle to receive and send service consistently.

A return to form in that area would go a long way in ensuring the Gauchos snap their streak and sweep the Tritons.