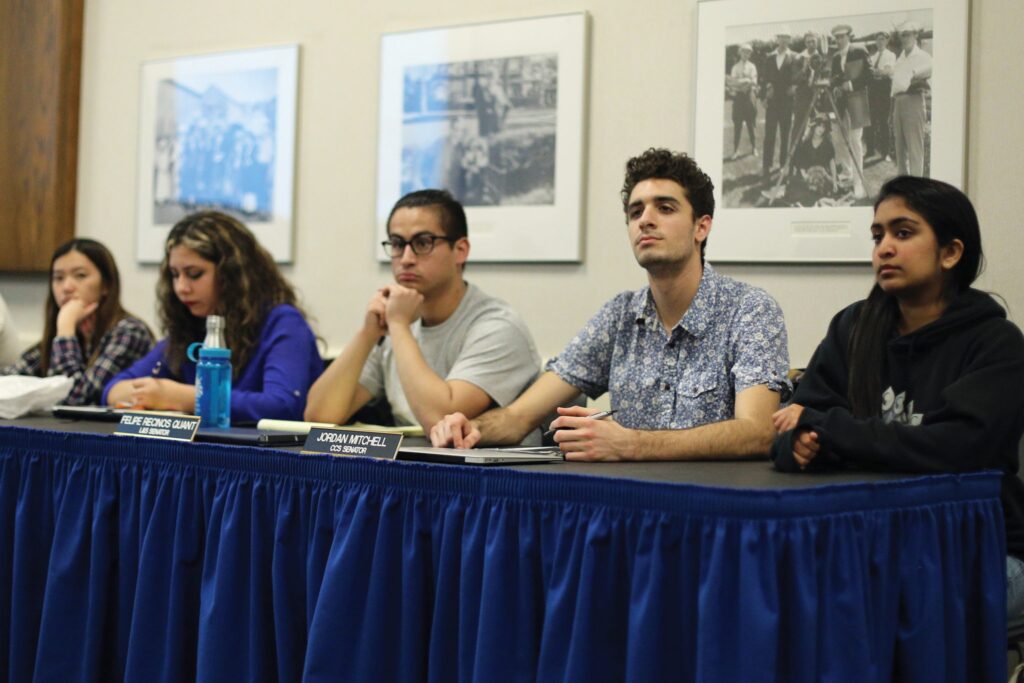 The I.V. Tenants Union (IVTU) spoke during the open forum about students displaced from Del Playa due to the cliff erosion. They have created a $15,000 emergency fund and asked Senate to match these funds to ensure that students have access to new housing, financial support, moving support and legal assistance.

Senate voted to pass a resolution to match this funding, giving up to $300 per displaced UCSB student. SBCC students will not be eligible.

IVTU is also creating an emergency protocol to ensure that students’ needs are met and that students are aware of their rights and responsibilities.

Senate also approved a resolution on the “festival ordinance” in relation to Deltopia, changing the dates of the ordinance to include April 1, 2, 6, 7, 8 and 9. The bill also aims to increase the role of the external vice president of local affairs in the discussion of the ordinance and open communication between the community and the police.

They also voted on a resolution regarding advertisements aired on social media discouraging students from coming to I.V. to attend Deltopia.

Senator Cole Marting expressed concern about a lack of public data about the effectiveness of the advertising and added a stipulation to the resolution asking that the university provide Senate with data.

As for items discussed, the meeting began with a statement from Gina Fischer, a representative for Third District County Supervisor Joan Hartmann, about the installation of traffic light at the intersection of Pardall Road and Embarcadero Del Norte.

Senator Batsheva Stoll expressed concern over the 10 minute intervals between classes when students rush through Pardall, and whether timing on the street lights might affect this.

“We watch it and make minor tweaks to it to make it run as efficiently as possible,” Scott McGolpin, Santa Barbara public works director, said.

Stoll said “people will be angry with a $200 traffic ticket,” but Deputy James McKarrell said there would first be an educational period ensuring that students understand proper safety, followed by a probationary period with heavy police presence to give out warnings to students who did not obey the light.

“If we don’t see a change, then we will have an enforcement period,” McKarrell said. “My job is not to necessarily be out here and have you like me; it’s to make sure you get home to your parents.”

There was also a discussion regarding anti-Semitism that was discussed during the last Senate meeting, with Jack Tannenbaum, third-year economics major, expressing extreme disapproval of the way Senate handled a discussion about anti-Semitism during last week’s meeting.

“It’s a right of any minority group to define what hate against themselves is,” he said. “It’s extremely inappropriate to diminish harm students are feeling because it’s late at night.”

Senators all expressed their support. Senator Marting said he had taken the time to fully understand anti-Semitism, and Natalie Jordan said they would consider doing more trainings to help further understanding.

The meeting concluded with a statement by Steven Kwok, director of legislative accountability, expressing his disappointment in the lack of engagement by senators with BCUs.

“I do want to stress how important your presence at meetings is,” he said. “There are a lot of people doing work out there, and I’m not sure how much you know about it.”