The Daily Nexus
News
Rains Relieve Lake Cachuma, But We’re Not Out of the Water Yet
February 23, 2017 at 12:39 am by Jose Ochoa

Following a weekend storm that caused flooding and mudslides across Santa Barbara County, Lake Cachuma is at 42.5 percent capacity, up 24.5 percent from last week, according to a county report released Wednesday. 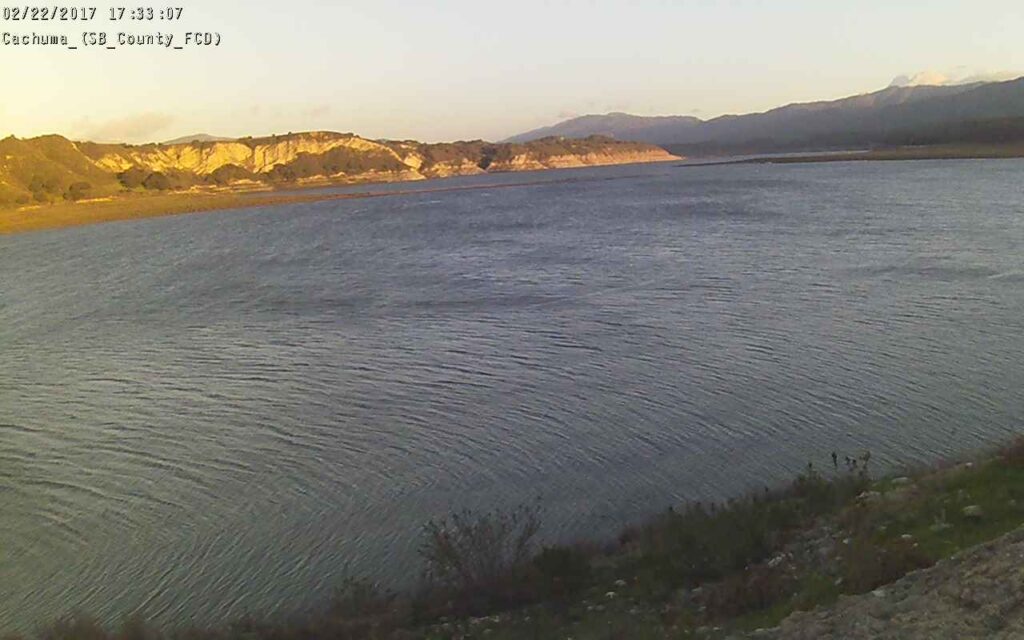 The reservoir, which provides approximately 85 percent of the water for south county residents, now holds 82,011 acre-feet of water — a significant increase from the 34,576 acre-feet it held last Wednesday. This still accounts for less than half of the lake’s maximum storage: 193,305 acre-feet.

In light of the six-year statewide drought, the United States Bureau of Reclamation said in October 2015 that the Goleta Water District should “expect no new water from the lake.”

The Goleta Water District declared mandatory water use restrictions in May 2015 when it declared a Stage III Water Shortage Emergency with plans to reduce water usage by 35 percent across the district.

This type of emergency is declared when the district’s water supply is 65 to 75 percent what it should normally be at that time of the year.

Drought conditions may improve with recent rainfall, as Santa Barbara County is among the regions most affected by the recent drought period.

According to the U.S. Drought Monitor, Santa Barbara and Ventura counties are the only areas still in an extreme drought stage, referred to as D3. The rest of the state is mostly in abnormally dry conditions, D0, with a large portion of Northern California no longer in drought.

It is possible that Santa Barbara County could be lifted out of D3 range after last week’s rain spells.

While the rain could offset the county’s drought, it also may cause potential infrastructure problems, as last week’s storm resulted in sinkholes, mudslides and severe flooding.

Tom Fayram, deputy director of Water Resources at the Public Works Department in the county, said he is not concerned about the infrastructure at Cachuma Dam but recognized that last week’s intense rain could cause problems for roadways and flood control systems.

“I have no concern over Cachuma Dam,” Fayram said. “If we get future rainfall of the magnitude of the rain we got just before last weekend, then we do have serious infrastructure concerns in terms of our transportation system, our roadways, our flood control system, [and] in terms of our channels and basins that do tend to be stressed in storms like that.”

Fayram, whose department works in contracting the water from Lake Cachuma, said last week’s rains greatly contributed to the reservoir’s water supply, which will provide water to the entire south coast including Isla Vista and Goleta.

“We still don’t know yet how much water actually will be available out of this,” Fayram said.  “There [are] a number of factors that go into it, but clearly this was a welcome shot in the arm, so to speak, of water that we just haven’t seen for the last five years.”

As for how this rainfall will affect water restrictions in Goleta, KK Holland from the Goleta Water District said she is “cautiously optimistic” given the recent storm activity.

“The Board is not currently considering additional restrictions,” Holland said in an email.
Fayram said he welcomes the rain and capacity increase, but long-term solutions are necessary to solve the drought problem.

“We still have a lake that’s at 50 percent capacity and can go back down to the same conditions we were in before,” Fayram said. “I don’t think that even filling the lake completely would solve our water supply issues because we started off with a lake in 2011 completely full, and five years of drought put us into a very dire situation.”