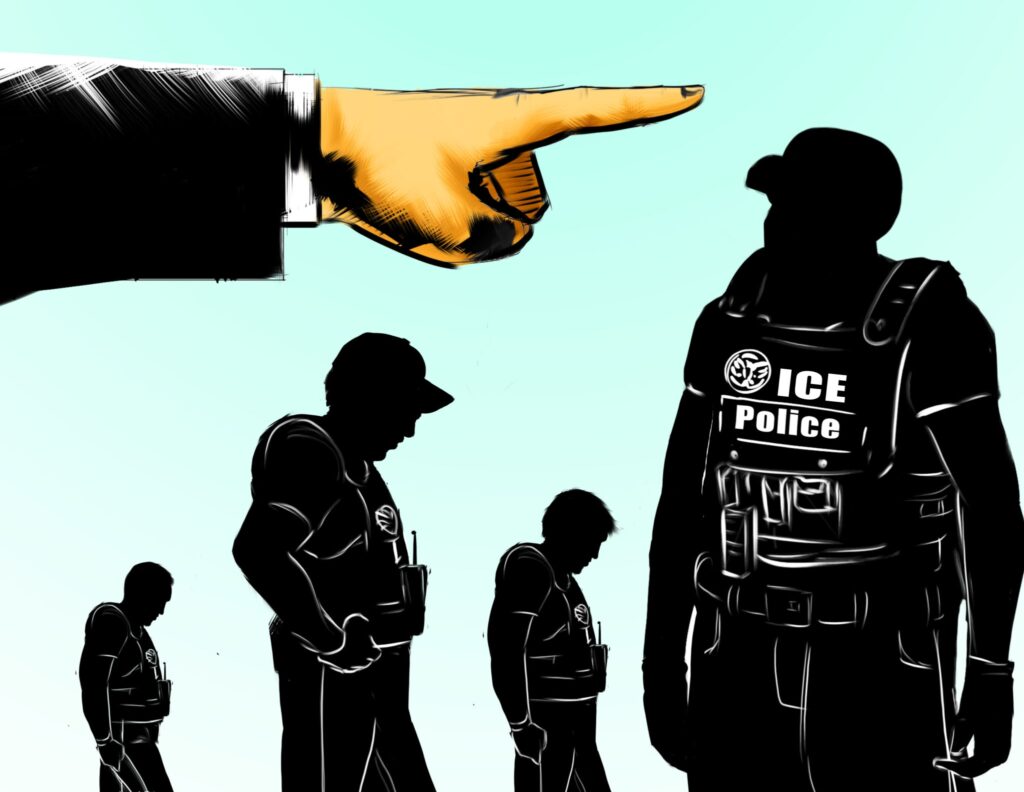 Immigration and Customs Enforcement (I.C.E.) operates within the county jails and has access to inmates’ personal information in the jail computers and databases, such as immigration status.

While the Lobby Corps began the project last December, the Central Coast Immigration Rights Coalition (CCIRC) has been discussing I.C.E. with the Santa Barbara County Sheriff’s Office (SBSO) for the past three years. Bill Brown is the current Sheriff.

According to Kelly Hoover, SBSO spokesperson, I.C.E. enforces immigration laws in the county and has a workspace in the county jail with access to inmates’ information.

Jails, separate from prisons, are holding facilities used to confine people serving sentences for misdemeanors, awaiting trial or sentencing on either felony or misdemeanor charges or confined for civil matters.

I.C.E. and jails work under the Truth Act, statewide legislation that creates more transparency in interactions between SBSO, I.C.E. and inmates.

The Truth Act ensures that people in jail are aware of their rights to due process, legal counsel and that records relating to I.C.E. access must be open to the public.

Additionally, if local law enforcement chooses to notify I.C.E. about an inmate’s release, the person and their attorney or designee must be notified of their release date and time as well.

While organizations like CCIRC and Lobby Corps hope for an increase in strict enforcement of the Truth Act, they are lobbying to completely remove I.C.E. from prisons.

Daniel Torres, a second-year history of public policy major and an organizer for Lobby Corps, said SBSO has been open about its “working relationship” with I.C.E., but said the Lobby Corps wants to “sever that connection” between the local jails and I.C.E.

According to Frank Rodriguez, organizer of the Santa Barbara California Immigrant Policy Center which operates CCIRC, the county supervisors provide the funds and resources to the county jails.

If CCIRC and the Lobby Corps can convince SBSO to limit I.C.E.’s work in the jails, county supervisors would then have the ability to restrict I.C.E.’s access to the jail’s computers and databases.

Torres said the Lobby Corps and other organizations plan to work with Santa Barbara County Supervisors, and has already met with Fifth District Supervisor Steve Lavagnino to discuss the project.

Lavagnino said, however, that although he disagrees with some immigration decisions made by the federal government, he believes immigration agents have an important role in county jails.

According to Torres and Rodriguez, if the lobbying efforts are effective, the group could be discussing the next steps of the project with supervisors by March or April.

Torres said it is important to work with the county supervisors and SBSO to “make sure undocumented stories are heard … and taken into account.”

A version of this story appeared on p. 3 of the Thursday, February 16, 2017 print edition of the Daily Nexus.

This article incorrectly states that jails house misdemeanants and those waiting for trials. AB 109 provided for felons, even those with violent histories, to be housed in county jails for the vast majority of felony convictions. The county jails are overcrowded and include people charged with rape, child molest and murder. ICE officials do not remove people awaiting trial. The Sheriff does not have access to foreign rap sheets and is unaware of which inmates have foreign extradition orders. The Federal government is in a better position to determine who is a threat to community safety than local authorities. No… Read more »