The Daily Nexus
Sports
Gauchos Back On Road Following Subpar Season Opening Weekend
February 16, 2017 at 5:03 am by Liam Bailey

Looking to improve after a disappointing season opening weekend, the UCSB softball team will face Nebraska-Omaha, Pacific and Stanford in Palo Alto at the Stanford Nike Invitational.

Action begins on Friday afternoon at 2:30 p.m. when the Gauchos play Nebraska-Omaha. Both teams own 1-4 records. Pacific will enter the tournament at 3-2. As host of the invitational, Stanford sits at 5-2 going into Friday. 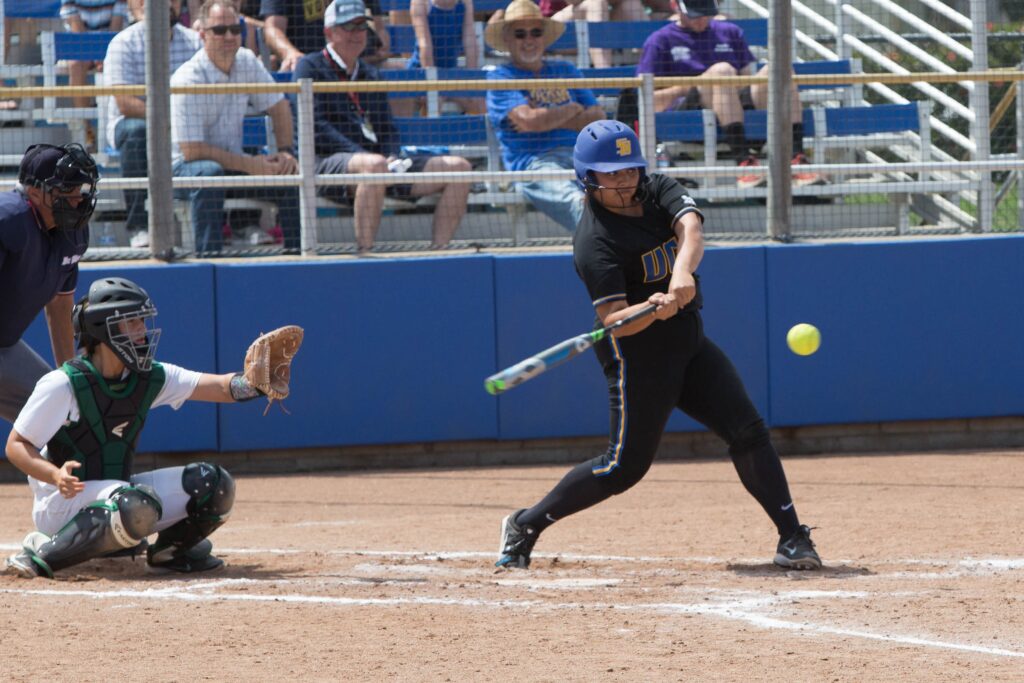 While the Gauchos certainly haven’t had the start they’d like, there have been several silver linings to start the year. Senior outfielder Kristen Clark has reached base in 12 of 14 at-bats and is is averaging a .632 on-base percentage, and sophomore infielder Sierra Altmeyer has scored four runs along with a .471 OBP of her own.

Consisting of sophomore pitcher/utility Veronika Gulvin, freshman pitcher Felisha Noriega and freshman pitcher Lilliana Rodriguez, the Gauchos’ throwing staff can only hope the exposure given to the group will be beneficial as they prepare for a slate of talented teams in Palo Alto.

UCSB needs to drastically improve its power hitting as it could only assemble three home runs and two other extra base hits against Houston, Wichita State, Wright State and Boston College.

The Gauchos may be heading into a most opportune scenario, as they will open the invitational against Nebraska-Omaha.

Despite claiming a victory in their first game of the season against Montana, the Mavericks have dropped four straight by a combined total of 25 runs.

Freshman infielder Emily Klosterman has been hitting the cover off the ball to start 2017, boasting a .429 batting, .529 on-base percentage and .929 slugging percentage with two home runs, four RBIs, four runs scored and 13 total bases. She leads the team in each of those categories except for runs batted in, where redshirt freshman infielder Vicky Kinney edges her with five.

Kinney has 10 total bases of her own, accompanied by two home runs and a .714 slugging percentage. Along with senior infielder Nicole Warren (.385/.529/.692), Kinney and Klosterman are catalysts for most of Omaha’s scoring.

Holding down the mound, the duo of sophomore Laura Roecker and senior Abbie Clanton are the two main pitchers for the Mavs, though each hold earned run averages over five.
Roecker has thrown in every one of Omaha’s games this season, and opponents have batted .368 against her to this point.

Clanton is better in that respect, allowing a .260 batting average, but she has yet to notch a win so far this season — something Roecker accomplished on the team’s opening day.

The Mavericks’ shaky pitching allows the Gauchos a valuable opportunity, one they’ll have to maximize in both games against Omaha Friday as well as at their matchup the following afternoon.

Capping off UCSB’s doubleheader on Friday will be its matchup against Pacific, whom the Gauchos will play again Saturday. After losing its two opening games, Pacific owns a three-game win streak in which it has allowed only one run.

The lineup is centered on a pair of senior utility players: Haylee Moran-Rowen and Cassidy Gustafson. Moran-Rowen leads the team with a .467 average, although her inability to draw a walk this season suggests her offensive production will trend downwards from here forward.

Gustafson leads the team with two home runs and three runs scored; she has also contributed four RBI. She has struck out three times — tied for the squad’s most — and similarly to Moran-Rowen, she has troublingly not been walked in the season’s first five games.

Most notably, Pacific has a deeper pitching rotation than Omaha and UCSB with sophomore Kenya Lindstrom and freshman Hailey Reed, who have pitched three innings each to provide solid options behind the team’s main arms, junior Marissa Young and Cassidy Gustafson. Young and Gustafson have each thrown double-digit innings in 2017 and will be the main scouting targets for the Gauchos.

Lindstrom has been responsible for both of the team’s losses, and her 16.80 ERA is even more eye-popping when compared to the other three pitchers, all of whom have earned run averages below one.

The Gauchos will try to force Pacific to utilize her this weekend, hoping to make hay as other teams have been able to twice this season.

Stanford, who opened up its season with six games in Arizona, was racing to a 4-0 record before losing its last two games against San Diego and Fresno State, the latter a 24-8 beat down.

The Cardinal is led on offense by the scorching play of freshman catcher Teaghan Cowles, who possesses a .520 hitting clip, .556 OBP and .600 slugging percentage.

All have at least 12 total bases and seven runs batted in (Burks leads the bunch with 11 RBI), and Cowles is the only one without a home run, though she does have a slightly rarer triple.

Sophomore Carolyn Lee is Stanford’s best pitcher, holding a 1.00 ERA and 3-1 record, with two complete games, 10 strikeouts and an opponent batting average of only .228.

She and freshman Nikki Bauer have combined for over 39 of the team’s 47 innings pitched, and Santa Barbara will likely see at least one of the two on Sunday.

If the bats come out in full effect at Stanford and the pitchers are able to avoid the early deficits that plagued this team last week, the Gauchos should be able to rebound from their early woes.

If returning to California brings no reward, however, UCSB will have dug itself into quite a hole to start the year.

UCSB faces Nebraska-Omaha Friday, Feb. 17, at 2:30 p.m. It will play Pacific later that day at 4:45 p.m. Another contest against Pacific will take place Saturday, Feb. 18, at 10 a.m., while it will face Nebraska-Omaha again at 2:30 p.m. Santa Barbara will end its weekend after its noon bout against Stanford.

A version of this story appeared on p. 7 of the Thursday, February 16, 2017 print edition of the Daily Nexus.