In its first tournament-style competitive event, the No. 9 UCSB women’s water polo team placed fifth in the Triton Invitational at UC San Diego after winning three of its four games on the weekend.

The Gauchos were victorious against No. 22 Cal State Northridge, No. 17 San Diego State and No. 18 UC Davis, but fell to No. 6 Michigan for the second time this season. These latest results bring their record to 8-4 on the season as they come closer to Big West conference play. 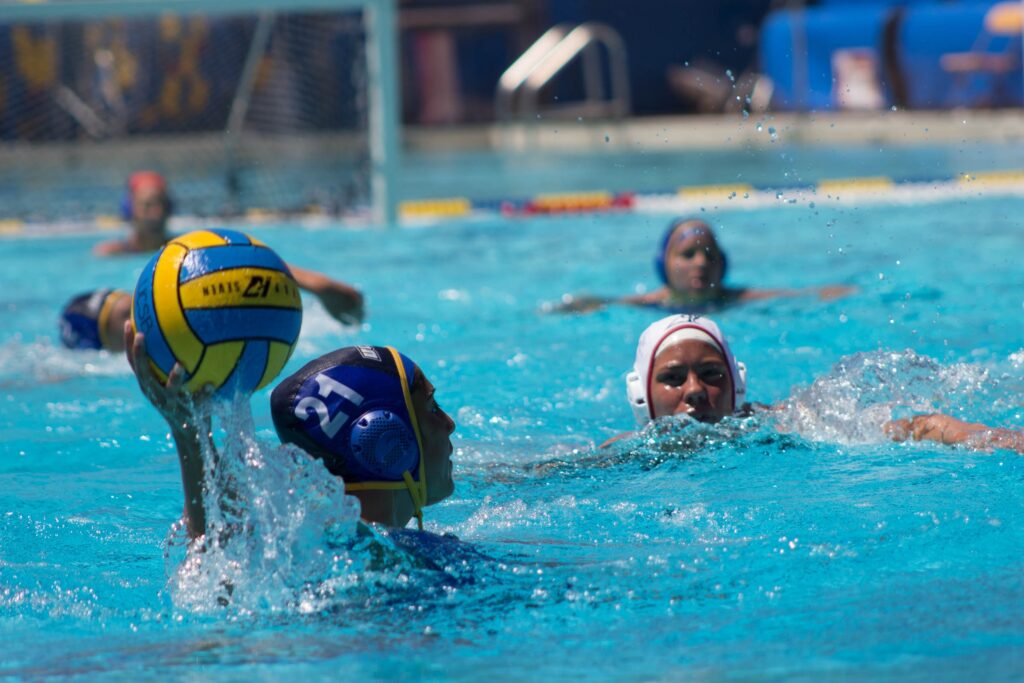 Just 29 seconds into the opening quarter, the Gauchos were on the board after freshman utility Sarah Snyder made it 1-0. Santa Barbara never looked back as it kept the lead for the remainder of the game.

With over a minute left in the first quarter, the Matadors scored their first goal of the game to make it 2-1 heading into the second quarter of action.

Two and a half minutes into the second quarter, senior attacker Brenna Thomas brought the lead back to two goals after the Gauchos took advantage of a Matador exclusion.

Just before the half with only 21 seconds remaining, senior utility Taylor Shore scored her first of four goals in the game. The score was 4-2 at halftime in favor of the Gauchos.

UCSB continued to control the game as they outscored CSUN 7-4 in the second half.

Snyder opened the scoring for the Gauchos in the third quarter followed by goals from Shore and Thomas.

At the 5:33 mark in the fourth quarter the Matadors fought back to make it 7-5. From that point on, UCSB cemented the victory by going on a 4-1 run to close the game.

In that run, Shore added two more goals to her total to give her four on the game, Snyder threw in another for her hat trick and freshman center Samantha Rosenberg also scored.

That win meant UCSB would automatically finish inside the top eight for the tournament.

The next opponent was No. 6 Michigan, who they faced at the Winter Invitational earlier in the season in a tough defensive battle. The Gauchos were looking for revenge in this one, as they fell 7-4 last time out against the Wolverines.

The first quarter was one to forget for Santa Barbara as they uncharacteristically found themselves down 4-0.

“It was too big of a hole that we dug ourselves under,” Head Coach Serela Kay said. “In a game like that where the rest of the game each team is only scoring one goal per quarter, you can’t go down by four.”

Selin managed to slip a goal in right before the halftime buzzer with 23 seconds remaining to give UCSB a 5-1 lead at halftime.

Excluding the poor first quarter, the Gauchos were only outscored 3-2 through the final three quarters of the game. With a 7-2 defeat to the Wolverines, UCSB was looking ahead to their next opponent in San Diego State.

San Diego State was coming off a blowout loss to USC, so they too were looking to bounce back. The winner of this matchup reserved a spot in the fifth-place game later that afternoon.

Trailing 1-0 in the middle of the first quarter, Thomas of UCSB scored her third goal of the weekend to begin the scoring for the Gauchos.

In the second quarter sophomore utility Sarah Kreiser and senior utility Jenna Solberg scored, resulting in a close 3-2 advantage at halftime over SDSU.

In the third quarter the Gauchos poured in three unanswered goals from sophomore utility Kate Pipkin, Kreiser and redshirt junior utility Miranda Schrader to give them a 6-3 lead heading into the fourth quarter.

Just 20 seconds into the fourth quarter, Kreiser finished off her hat trick to extend the lead. The final period included goals from Pipkin on a penalty and Snyder, giving UCSB the victory 9-6.

Several hours later, Santa Barbara faced the Aggies of UC Davis in the fifth-place game at the Triton Invitational.

UCSB fell behind 2-0 in the first quarter with 2:56 remaining. 30 seconds later, Shore got the Gauchos on the board with her first of three goals in the game.

UC Davis responded with a goal of their own and closed the half with a 3-1 advantage.

The Gauchos returned the favor in the second frame, battling back to even the score with goals from Pipkin, Shore and freshman utility Abbey Grosse. It was anyone’s game with the score at 4-4 heading into the halftime break.

Santa Barbara came away from the third quarter with a 6-5 lead as Kreiser and senior defender Sophie Trabucco lifted the Gauchos ahead of the Aggies.

Shore struck early in the fourth period followed by Kreiser’s goal three minutes later, which increased the count to 8-5 with 4:12 remaining in the game.

At the 1:12 mark, the Aggies began to claw back, reducing the deficit to two goals. With 55 seconds left, UC Davis scored again as the comeback looked more and more possible.

However, it was not enough. UCSB held on the take fifth place at the Triton Invitational. This result was another step in the right direction for this young Gaucho squad.

“Things are starting to fall into place,” Kay said. “There were a few moments throughout the weekend that the games could’ve gone either way, and we held on and came out with the win.”

The defense of UCSB showed up yet again throughout this tournament, holding opponents to just 6.5 goals per game in their three wins and one loss.

“Before every game … our focus is to come out and defense first,” said Kay. “I think the team really bought into that.”

Freshman goalkeeper Kenzi Snyder had 42 saves for the tournament, including 27 on Sunday as she continues to anchor the defense for the Gauchos.

“Kenzi Snyder is doing a great job in the cage for us,” Kay said. “She’s a freshman and she’s really stepped into that role right away, and I’m proud of where she’s at.”

As things start clicking as the Gauchos get closer to Big West conference play, every game seems like a positive growing experience for this young team.

“The goal of the weekend with every game, because we are a young team, was to learn to play with each other a little bit more,” Kay said. “I think that definitely showed throughout the weekend. We’re a different team leaving after the fourth game than before we arrived.”

After getting this upcoming weekend off, UCSB will head down to Irvine to participate in the UC Irvine Invitational beginning on Feb. 24.