The Daily Nexus
News
Pardall, Del Norte To Get Traffic Lights
February 9, 2017 at 12:25 am by Matthew Danaher 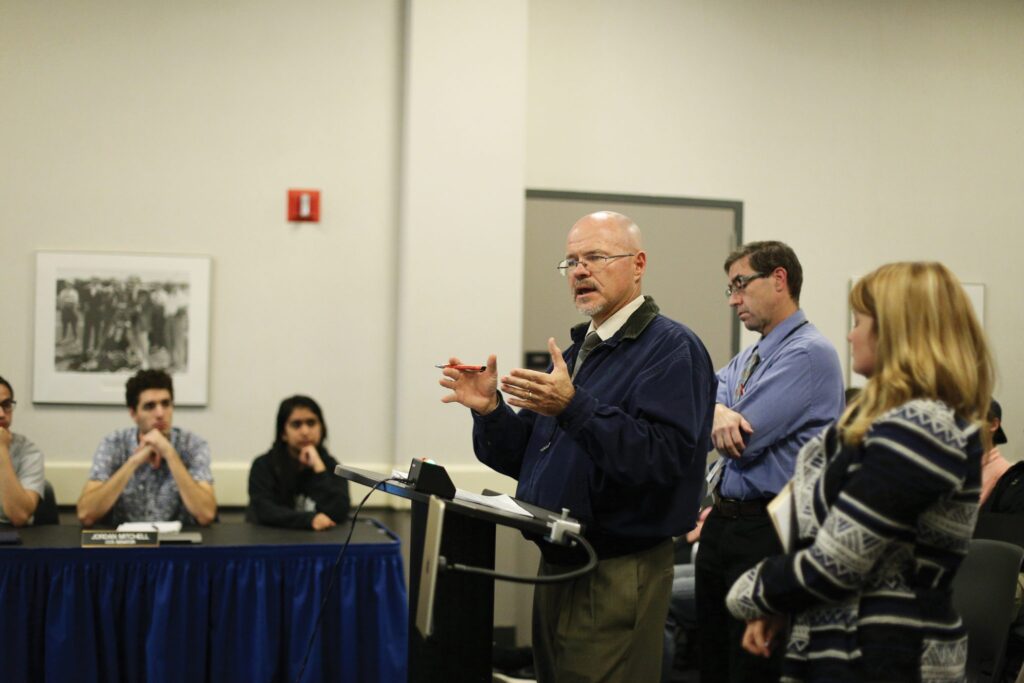 According to the County Public Works Department, the project will cost approximately $300,000. Half of the funding will come from the public works department and the other half from UC Santa Barbara.

The project will begin in late summer, and the department estimates the project will take four to six weeks. The county will determine a specific start date after removing pre-existing streetlight infrastructure at the intersection.

Given the high traffic at the intersection, the construction will occur almost entirely on the sidewalk area. Some street shoulders are expected to be closed.

The intersection has two stop signs for northbound and southbound traffic, giving eastbound and westbound traffic the right of way at all times.

An increase in bike and car traffic over the years contributed to the change. Scott McGolpin, the county public works director, presented the project at an I.V. Community Network Meeting in January.

The county determined that only one signal was necessary with the hope that the signal on Embarcadero Del Norte will cause sufficient breaks in the flow of traffic at the Embarcadero Del Mar intersection.

The county also proposed a four-way stop and a roundabout for this intersection, but officials concluded that neither would be able to safely sustain the amount of people on bikes coming through the intersection.

“It really came down to a traffic signal,” McGolpin said. “It will allow the bikes that are coming out of the campus to see the red bulb and slow down a little bit and allow the signal to go through a 15–20-second cycle. It’s definitely going to be new for I.V.”

Pegeen Soutar, the I.V. Recreation & Park District board chair and a 35-year I.V. resident, said she has noticed cars and delivery trucks having difficulty crossing while students ride their bicycles during the busiest times of the day.

“Safety is the biggest concern,” she said. “Whatever is put there, I hope people are paying attention and being careful.”

LOL@ thinking bikers will stop for the stop light.

They better or their asses are gonna get hit

What do bikers think of this ?