The Associated Students (A.S.) Senate voted to pass a resolution Wednesday that will allocate UCSB admission and scholarships to Syrian refugee students currently displaced from their home universities. 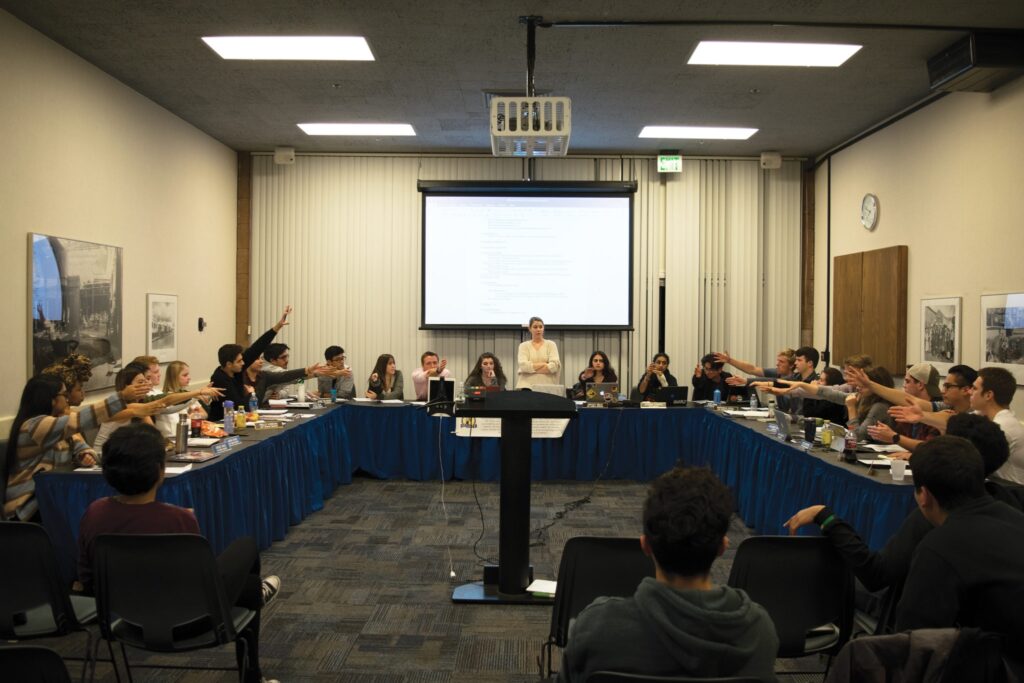 The resolution is a part of the UC-wide movement to give academic scholarships to refugees through the Institute for International Education (IIE) Syria Consortium for Higher Education in Crisis. Senators Bianca Fernandez and Batsheva Stoll first proposed the resolution to the Senate on Jan. 18. It passed Wednesday 21 to 2.

The IIE Syria Consortium is a scholarship program designed to allocate admission space at universities to refugees whose education has been halted by the Syrian War. The Consortium aims to help refugee students continue their education at universities so they can eventually return to Syria and begin rebuilding their communities.

Syrian students are unable to continue their education in Syria because their campuses are either destroyed or unsafe. The war has displaced over four million people, with as many as 450,000 between the ages of 18 and 22.

The resolution was originally brought to the senators by Books Not Bombs, a campaign that encourages universities to join the IIE Syria Consortium. The same resolution has been proposed at other UC campuses and at the UC Student Association.

UCSB will be the fourth school in the UC system to petition the Regents to join the Consortium, following Davis, Irvine and Berkeley.

Bianca Fernandez, off-campus senator and second-year history of public policy major, said the university’s participation in the IIE Syria Consortium would show that UCSB is supportive of refugee students and their higher education.

“Having the UC system give that opportunity and be that school that will help, indirectly, Syria rebuild itself [is] super important, and I think it’s a very progressive step for our school,” she said.

The Syrian students’ financial aid will come from funding that is already reserved for international students, so U.S. students will not be affected by the resolution.

However, Syrian students will receive priority admission to the university over other international students due to the severity of their country’s crisis.

The resolution was drafted before President Trump’s immigration ban, which complicates the process of Syrian students getting to UCSB. The president’s executive order temporarily bans immigration from seven Muslim-majority countries and proposes the indefinite suspension of Syrian refugees from entering the country.

Fernandez said she believes the resolution is still valuable despite Trump’s order because it demonstrates the university’s dedication to continuing the education of refugee students.

“I still think it is super important that the UC system, especially UCSB, shows that we are accepting of Syrian refugees and we want to have a space for them on this campus,” she said. “We think it’s very important that students in Syria receive the higher education that they deserve.”

The president’s immigration ban is currently being reviewed for constitutionality by federal judges. The executive order was temporarily blocked last Friday by a federal judge from Seattle.

Fernandez said Syrian students’ presence at UCSB will provide “different viewpoints” on campus and make the campus “an even better place.”

“They’ll make our campus more diverse and I think that’s something our campus is really proud of,” she said.