The Daily Nexus
Previews: What's Going On
Sango & Monte Booker Bringing the Sound of Tomorrow to SOhO
February 3, 2017 at 5:03 pm by Frank Horne 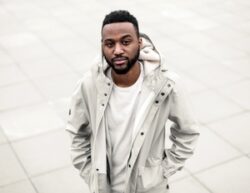 On Sunday, Feb. 4, SOhO is lucky to host a pair of innovative young beatmakers for a night of squeaky-clean polished mixes and cuts. Headlining the night is rising star Sango, whose music, like much of the genre-agnostic fare being crafted by contemporary DJs, eschews ready classification; on his website he writes simply: “They’re beats.” These beats spin hip-hop sounds with a bend toward dance and soul, and concertgoers on Sunday night will find them easy to nod heads, tap toes and maybe even wild out to. With production credits for the likes of Tinashe and Bryson Tiller, Sango is a few hits away from the canon of modern production tour de forces, and his show promises to bump as hard as his music.

Joining Sango on tour as an opener is Monte Booker, his co-affiliate of the talent-stacked, L.A.-based music collective, Soulection. Booker is 21 and has already managed to synthesize a bouncy, multilayered sound all his own. Taking inspiration from the likes of Flying Lotus, Booker’s songs are textured, vibrant and playful, and are unlike many of the mass-produced and purveyed sounds of the day.

Opening up for the evening is UCSB’s own Underbelly. Check out some Sango and Booker below, and don’t miss out on the show this Sunday; doors open at 8 p.m., and the show starts at 9 p.m.