The Daily Nexus
Opinion
Weed & Writing: Is the Pen Mightier Than the Herb?
February 2, 2017 at 5:00 am by Zach Morgan 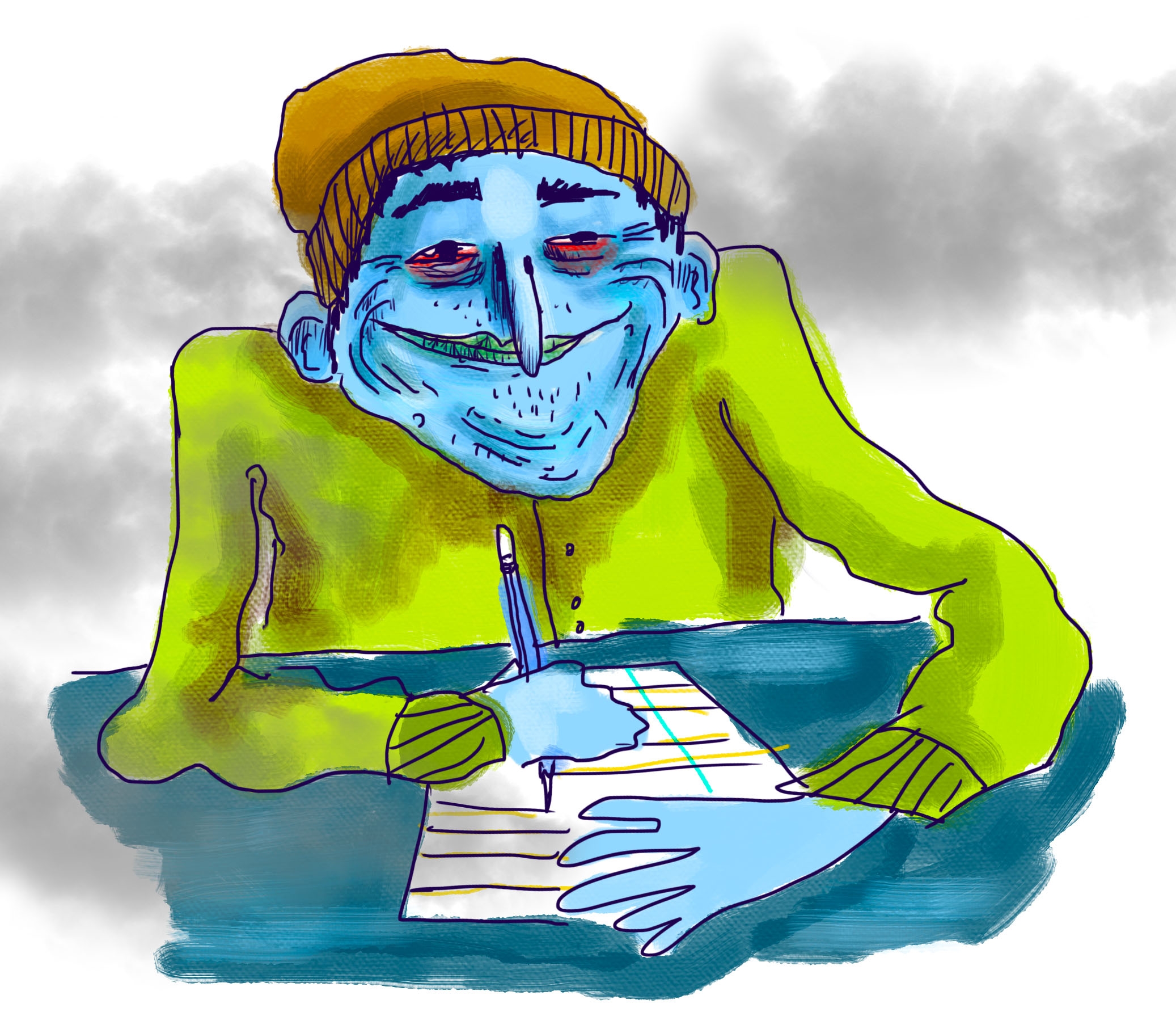 It’s only recently that I considered writing as a future career, and it’s only recently that I realized I might actually have the ability to do it. Far before I came to these conclusions, I had been dabbling with weed regularly and was very aware, due to many wacky and abstract late night discussions, of its cognitive effects. For the uninitiated, I think the best description comes from Green Day’s “Brainstew/Jaded.” This was a song I listened to a lot around the age of 11 not knowing that it was about being high as all hell in the early hours of the morning. Granted, the song’s about being fucked up on stimulants, but I feel like some lines are applicable to an aggressive marijuana high, too. In particular, “My mind is set on overdrive” is one that always stood out to me because, well, it’s a damn good description of what it’s like.

Never have I written an academic paper while high. Those require a crystal clear analytic mindset that simply can’t be achieved in those flurries of thought following a bong rip. However, creative writing — short stories, scenes, essays, conversations between fictional characters (usually stoners themselves) — is all too easy to do when your mind is set in that “overdrive” state. This can be great … and problematic.

After that first inhale of a potent sativa or after that first brownie (well, like an hour after), all these thoughts just fly out of left field. You see past the everyday banality of, say, a lamp, and lamps become absolutely fascinating. You develop a backstory for the lamp, and maybe you wonder what it would be like if lamps could reflect on their lives and purpose. I’ve taken to letting these thoughts drift out onto paper. Many times it’s nonsensical stream of consciousness, but sometimes — especially when I’m inspired by something meaningful — it’s led to some of the best first drafts of my life. My voice is clear and established; it doesn’t sound forced. My prose flows with grace and my descriptions are colorful and detailed, yet not overdone. If I’m writing a nonfiction piece, like an essay concerning some shit I found on Wikipedia, I’m able to articulate my arguments with Hitchens-esque precision. Best of all, perhaps, I can write without the fear of sucking.

And therein lies the issue: What if I’m only a good writer when I’m high? Hemingway and Fitzgerald had their booze to help them; perhaps I have my ganja?

All writers, and by “writers” I mean anyone who’s ever written anything, are aware of the difficulties that arise when faced with that terrible blank page. It doesn’t matter what you’re writing. The issue of self-consciousness is always a nag, i.e. when you look at the last few sentences you’ve written and realize they’re stilted, steaming piles of dung. You have all these ideas and all these beautiful words in your head, but they might as well be in a foreign fucking language because they seem nigh impossible to translate into text. Like you’ve been thinking all day about this wonderful description and when you finally get some free time to write it down, the best you can muster is, “The sky was blue.” When I write high, my mind and my pen seem to speak the same language, and they have a very productive conversation. When I’m not high, writing is just … hard. It’s very, very hard.

And therein lies the issue: What if I’m only a good writer when I’m high? Hemingway and Fitzgerald had their booze to help them; perhaps I have my ganja? Is the talent within me, or is it bestowed on me, in some mystical way, by the marijuana? It’s the former, I think, but I’m not 100 percent sure. That horrifies me.
It’s dangerously tempting to toke up a bit before I write anything these days, but it just feels like an easy way out. It feels like I’m giving up and just letting some other substance do the work for me. I love what I can create when I’m high, but if I’m not able to create something of the same quality while I’m sober, I feel like a hack. So, I try not to smoke every time I write. Yes, I still write when I’m high here and there, but I’ve made a very conscious effort to write a lot, and revise a lot, when I’m in a sober state. When I’m working on serious projects (like this one you’re reading), I try my damndest to go through the entire process with a clear mind. I certainly don’t think weed is malicious, and I don’t want anyone to interpret what I’m saying in that way, but I do think it can become a crutch in situations like these.

All great artists, even those blessed with the greatest innate gifts, have had to work incredibly hard to achieve their success. Now I’m no great artist, and I’m not blessed with those once-in-a-lifetime gifts, but I have something going for me. If you’re a fellow artist (excuse the pretentiousness), then weed has probably helped you a lot in some ways. It’s a great little plant, and it can inspire you to create some of your best work. Just remember where the true talent lies.

Zach Morgan hopes you don’t forget your natural abilities when sparking up for some added creativity.