The Daily Nexus
Science & Tech
UCSB Professor Wins Academy Awards of the Oceans
February 2, 2017 at 4:53 am by Kirstie Allen 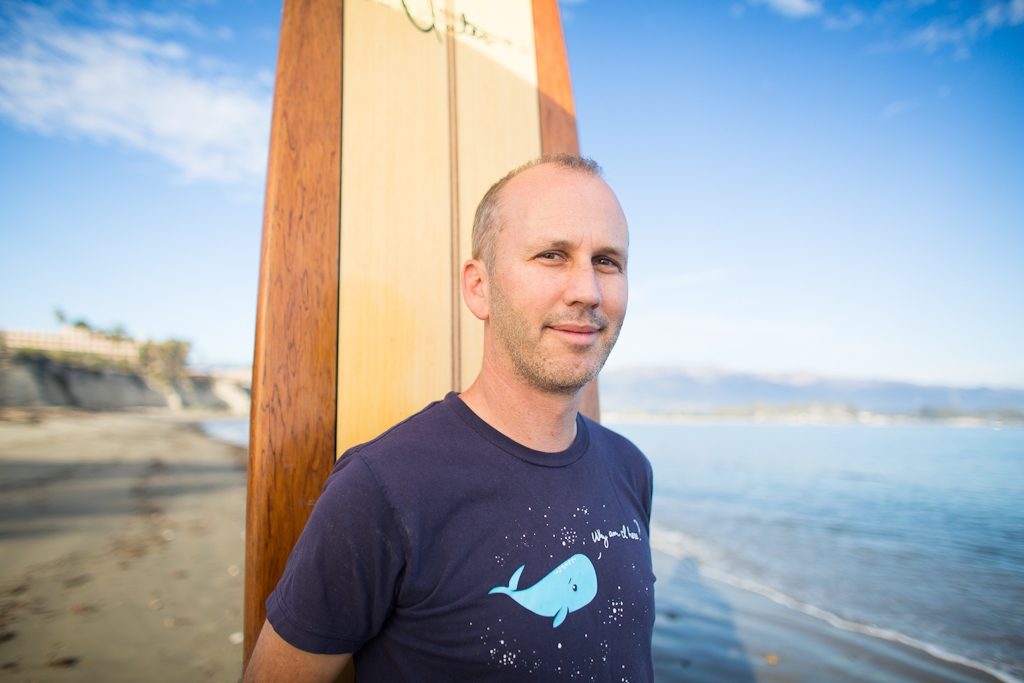 Ben Halpern was trained as a marine ecologist and has done field work around the world, primarily in coral reef, rocky interidal and rocky reed ecosystems. Topically, he focuses his research on protection and sustainability of marine resources. / Courtesy of benhalpernlab.org

UC Santa Barbara professor of marine ecology and conservation planning Ben Halpern, is among one of the 10 winners of the 2017 Peter Benchley Ocean Award. Halpern has received the 2017 Excellence in Science. This award is known as the “Academy of the Oceans.”

The Peter Benchley Ocean Awards are the world’s preeminent ocean awards. They are unique in acknowledging outstanding achievement across many sectors of society leading to the protection of our ocean, coasts and the communities that depend on them.

Halpern is director of National Center for Ecological Analysis and Synthesis (NCEAS) and director of the Center for Marine Assessment and Planning (CMAP). He is also a chair in the Marine Conservation at Imperial College London and a senior fellow at the World Conservation Monitoring Center, part of the United Nations Environment Program.

Halpern’s work involves analyzing a broad range (from local to global scales) of complex questions, spatial population dynamics, food web interaction and conservation planning for aquatic ecosystems. Halpern has participated in many research projects that have increased knowledge of the oceans and created potential solutions. Halpern was trained as a marine ecologist and has done field work around the world, primarily in coral reef, rocky intertidal and rocky reef ecosystems.

One of Halpern’s projects is the Ocean Health Index, a large collaborative project involving NCEAS, Sea Around Us, Conservation International, National Geographic and the New England Aquarium. Halpern’s research team for this project is based at NCEAS and the Smith Fellowship Program, sponsored by the The Nature Conservancy. The Ocean Health Index’s goal is to create healthier oceans and track the progress of meeting that objective.

The Ocean Health Index conducted their first global assessment in August 2012, and their website was established at the same time. Currently, they are focused on applying their indexing methods to different regions such as North America, South America and the Arctic. They are similarly focused on updating global scores should they change, developing a program that will allow others to explore and calculate scores and index their own regions, support agencies and countries around the world to explore how the index can be used for decision making. 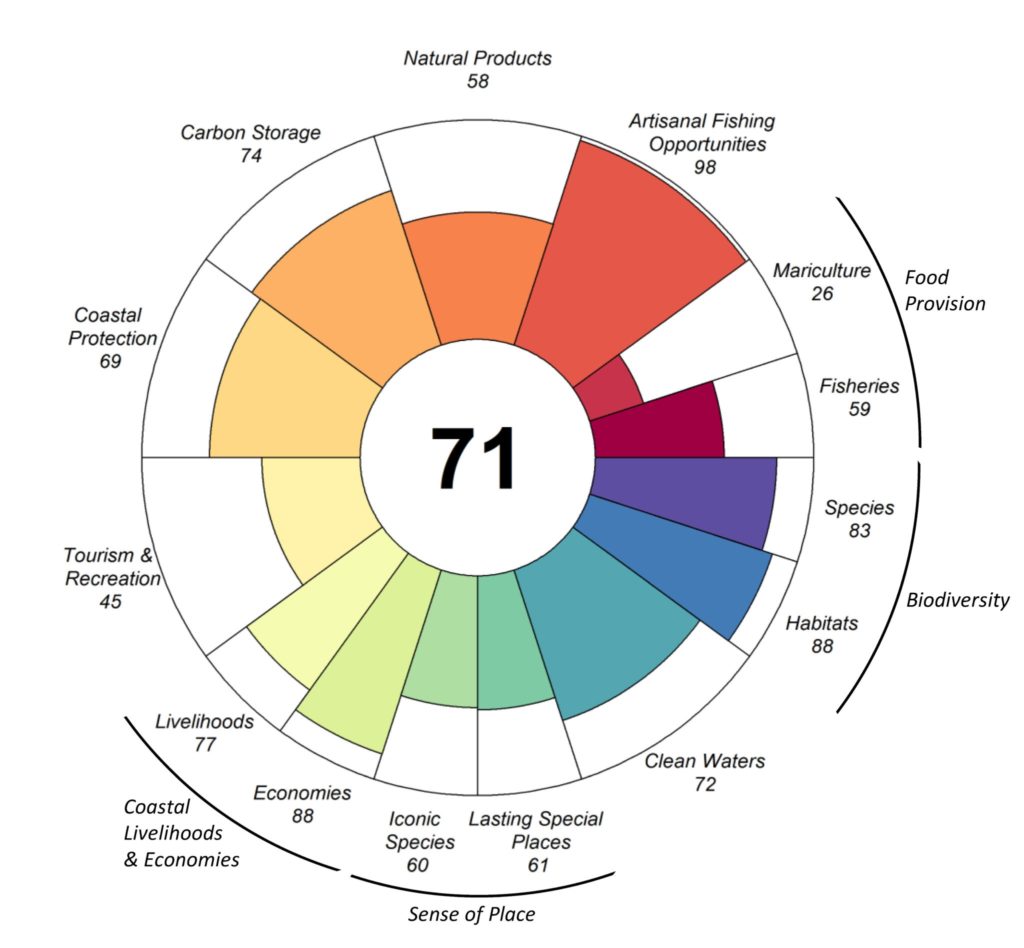 Above is the index score of the Earth’s oceans. The petals around that represent to various categories and the score in that category. The length of the petal represents how much weight it contributed to the overall index. / Courtesy of benhalpernlab.org

Along with the Ocean Health Index, Halpern is interested in ocean tipping points or ecological thresholds in coastal and ocean systems. This project seeks to understand and characterize these thresholds, which can be small changes in human use or environmental conditions that result in large, and sometimes abrupt, impacts to marine ecosystems. The ultimate goal is to help agencies and decision-makers anticipate and manage for these tipping points. They are currently working in two case study locations: Hawaii and Haida Gwaii, British Columbia.

The Peter Benchley Ocean Award was named in the honor of Peter Benchley, the author of Jaws. It was co-founded by Wendy Benchley and David Helvarg. The award celebrates the legacy of a man who had spent more than four decades trying to educate the public by expanding knowledge of the importance of protecting sharks and ocean habitats.

To date, 55 Benchley Ocean Award honorees have been recognized for excellence and achievement across many ocean conservation disciplines.

The 10th anniversary of the Peter Benchley Ocean Awards with take place May 11, 2017. It is hosted at the Smithsonian’s National Museum of Natural History and Sant Ocean Hall.