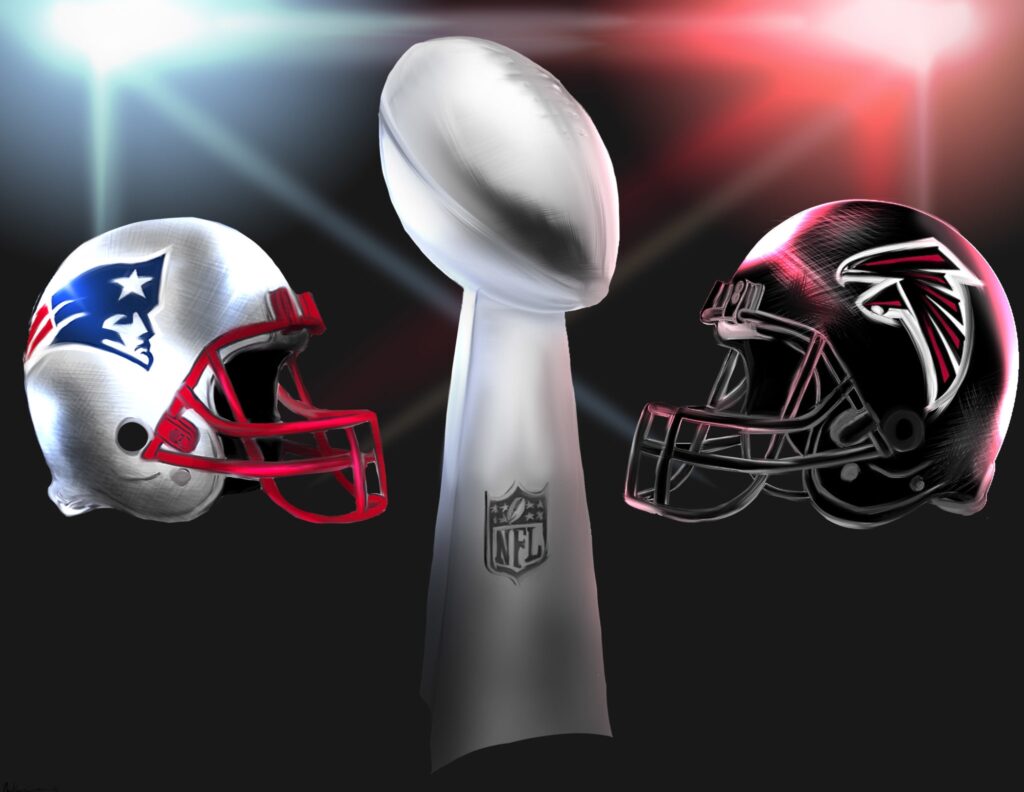 Time and time again, the term “dynasty” has been applied to many but has flourished with few.

Over the last 16 years, amongst that elite few is the perennial New England Patriots franchise. It all began with the pairing of Head Coach Bill Belichick and quarterback Tom Brady.

A year that deserves to be hallmarked in the Patriots’ Hall of Fame is the year 2000, a year after which nothing would ever be the same.

It is a year that signifies the hiring of Belichick and the drafting of Brady in the 2000 NFL Draft as the 199th pick in the sixth round out of the University of Michigan.

Sounds just about right, don’t you think? I mean, it wouldn’t be the Patriots as we know them without the most unexpected rookies, forgotten vets and other brushed-off players emerging year after year.

While there’s no pinpointing Belichick’s “system,” his leadership and oftentimes disliked quirkiness has set him apart from the rest of the league.

New England has become the league’s juggernaut that can never be counted out. The dynasty’s foundation has always been a storyline with tones of a franchise rebuilt from the ground up.

This Sunday, their Super Bowl 51 matchup against the Atlanta Falcons is no different; the Patriots make their league-record ninth Super Bowl appearance in hopes of winning their fifth Lombardi Trophy.

Both Belichick and Brady are currently in their 17th season with the Patriots organization. The opportunity to further cement themselves as the greatest to ever grace the sideline and field in NFL history is in full effect this Sunday.

Belichick and Brady are the only coach and player ever to each achieve seven Super Bowl appearances. Thus far, they have been members of all four of the franchise’s Super Bowl-winning teams.

The all-time leader in postseason wins by a quarterback with 24, Brady has the opportunity to become the first quarterback in NFL history to win five Super Bowls.

While many are anticipating “Tom’s Revenge” after he endured a four-game suspension and witnessing Commissioner Roger Goodell hand Brady the Lombardi Trophy as an apology for the temporary ban, there seem to be more personal things at stake.

For a quarterback who believes he could play until the age of 45, Brady has bigger concerns than Commissioner Goodell.

Despite once again being in the MVP conversation after posting regular season numbers of 3,554 passing yards, 28 passing touchdowns, an 112.2 passer rating and just two interceptions, I think it’s safe to say Brady is ready to provide the final verdict of himself as the greatest QB ever.

I’m sure you’re thinking, “Well, hasn’t he already established that?” However, it’s as if we’ve become so accustomed to Brady’s greatness that admiration for his consistency has gradually diminished.

Yes, he is still elite. His legacy is further enhanced as a four-time Super Bowl champion and current two-time NFL MVP. Even still, these accomplishments have not been enough for those who doubt Brady’s placement amongst the best.

From “Spygate” to “Deflategate” or even the argument that he has only attained his greatness because of Belichick’s coaching system, Brady still has something to prove.

Whether or not a win on Sunday will curtail any of the criticisms Brady receives is unpredictable, but it’s certain that it will take more than Brady if a shootout takes place against the leader of the NFL’s top scoring offense in the Falcons’ quarterback Matt Ryan.

Although the team’s player-coach duo has received the majority of the praise for its success year after year, the most integral role heading into Super Bowl LI is the Patriots’ receiving core.

Brady’s ability to produce despite the lack of a true No. 1 receiver over the years is constantly glorified. Aside from Randy Moss’s stint with the Patriots from 2007-2009 and a return in 2010, New England has had few noteworthy receivers but has still managed to be one of the league’s top offenses each season.

Via sportingcharts.com, since 2009 the New England Patriots have ranked in the top 10 of Team Yards After Catch (YAC) totals in six of the last eight seasons, including back-to-back No. 1 finishes in 2011 and 2012.

This season, the Patriots ended the regular season third with a YAC total of 2,334, just 48 yards shorter than Atlanta’s second-place finish.

Despite having just one 1,000 yard receiver in Julian Edelman, whose current total of 84 career postseason receptions is nine away from No. 2 all-time per espn.com, the Patriots’ receiving core was still a nightmare matchup for a majority of teams this season.

While the season-ending injury to tight end Rob Gronkowski was detrimental to its offense, New England’s bevy of receiving options in Chris Hogan, Malcolm Mitchell, Danny Amendola, Martellus Bennett and even running back James White has exposed defenses.

Unlike the Falcons, there’s no one Patriot receiver to key in on, as each is versatile enough to line up in the slot or wide out near the sideline. Hogan, for example, is coming off a career performance after a record-setting 180 receiving yards on nine catches for two touchdowns in the team’s blowout AFC title win over Pittsburgh.

As long as the Pats can protect Brady and give him the ample amount of time in the pocket, it could be a field day for New England’s receivers. They will be facing an Atlanta defense that didn’t fare well against the pass during the regular season, allowing the fifth-most passing yards per game and passing touchdowns at a 266.7 average and a total of 31, which was five less than the league-high allowance of 36.

Quite honestly, I initially didn’t approach this piece with the belief that the Patriots would win this Sunday. Although my heart still resides with the underdog Atlanta, I am left somewhat undecided because of the unpredictability the tandem of Brady and Belichick presents.

Whether it be Atlanta winning its first Super Bowl in franchise history or New England and Brady earning its fifth, history will be made to the benefit of not just football, but the culture of sports.

Newcomers to the biggest stage the game has to offer — considering their last, and only, Super Bowl appearance was in 1999 —the Falcons will certainly need to accommodate to the spotlight quickly if they have any shot of beating the league’s greatest dynasty, the New England Patriots.

Looking back to the beginning of the season, no one could have possibly predicted that this team from the NFC South would be representing its respective side of the conference come February. ESPN’s Vaughn McClure had them missing the playoffs with a 7-9 overall record, while Heath Evans and Elliott Harrison of the NFL Network projected the Falcons to finish the regular season with only five wins.

Having already proven the experts wrong just by making it to the Super Bowl, the Falcons want to take the ultimate step and win the whole thing.

To go one step even further, who could have predicted that 10 years after the scandal of the once promising Michael Vick hurt the city of Atlanta — not to mention the cowardly departure of former Head Coach Bobby Petrino — that the Falcons would be one win away from hoisting the Lombardi trophy.

Despite great moves by team owner Arthur Blank in the hiring of coaches and GMs throughout the last few years, no decision was a better one than the drafting of Matt Ryan. In a lot of ways, Ryan and Atlanta are very deserving of each other, especially in a game of this magnitude, as they both know the feeling of being the underdog.

Drafted to replace Vick two years after Vick’s scandal, Ryan was expected to have great success right away for Atlanta. Although he enjoyed much success early in his career, his allure never reached the stature of the once promising Vick. The city never embraced him quite as tight as they did No. 7.

The fact is many experts pegged Ryan as someone who would go down as a solid NFL quarterback, but not one that will win multiple, if even one championship. As the years progressed and his play seemed to flat line, this prediction seemed as though it would become true.

The nine-year quarterback responded with easily the best season of his career, as he passed for career highs in both passing yards (4,944) and touchdowns (38) while throwing a career-low seven interceptions. Using all the weapons he has at his disposal, Ryan did not waste a single snap this year.

Now, Atlanta and Ryan go hand-in-hand and the two seem to feed off each other in many ways. For the Falcons, Ryan might be the first truly great quarterback to bring them a championship, while Ryan has found a home in Atlanta and seems to love playing there as much as anyone else ever has.

The Falcons organization is truly becoming one of the greats in the NFL, and it started with the drafting of a 23-year-old quarterback from Boston College.

Despite the MVP play from Ryan, Atlanta has made plenty of other tremendous decisions that have allowed them to enjoy the luxury of playing on the final Sunday of the NFL season. The drafting of star players like Julio Jones, Devonta Freeman and Tevin Coleman, among others brought a new light back to Atlanta, and that has it set up for greatness.

For those wondering if the Falcons Super Bowl run was just a fluke, you should consider the fact that Atlanta went 11-5 this season against the NFL’s toughest schedule in the league based on prior year’s record and won its division, easily going 5-1 with its only loss coming in week one to the Tampa Bay Buccaneers.

Once more, the Falcons held down one of the best offenses in the entire league, ranking second in total yards and passing yards per game. They possessed the fifth best rushing attack at 120.5 rushing yards per game and owned the league’s highest scoring offense, averaging 33.8 points per game; no other team even averaged more than 30 points per game this year.

Winners of their last six ball games, including playoffs, the Falcons are certainly coming in as a team that caught fire at the right time. Over its last six victories, Atlanta has averaged a total of 39 points per game, a league high over that span, while only surrendering 19.3 points per game.

The playoffs have been a breeze for the Dirty Birds as well, as they rolled over both the Seattle Seahawks and the Green Bay Packers at home, defeating them by an average of 19.5 points in each of those games.

I mean, just looking at the numbers; Ryan and the Falcons seem poised to be the next champions of the football world, proving themselves much more than underdogs.

When the playoffs first started, it was safe to assume the Falcons didn’t have many experts picking them to represent the NFC in the Super Bowl. Now that they are here, experts are flocking toward the experienced Patriots to defeat them despite having been proved wrong all season. What’s one more game, Falcons?

A version of this article appeared on page 6 of February 2nd, 2017’s print edition of the Daily Nexus.