The Daily Nexus
Sports
Basketball Takes a Knee to Take a Stand
February 2, 2017 at 11:51 am by Sean White, Jorge Mercado, Supriya Yelimeli and Tamari Dzotsenidze

Of the eight demands that came about after the North Hall takeover, one asked that the UCSB football coach resign. Daily Nexus Archives

The women’s basketball team is inviting all game attendees to kneel during the national anthem Saturday, kicking off Black History Month with an act of protest against social injustice.

A majority of the team first adopted the protest movement at the beginning of its season in the fall, modeling after 49ers quarterback Colin Kaepernick’s initial demonstration in August.

Members of the women’s basketball team created a Facebook event to promote the game on Saturday, titled “Social Injustice Awareness Game.” Over 350 people have expressed interest in attending the game, and the hosts ask that attendees wear black to show unity with the team.

The event is not officially sponsored by the UCSB Department of Athletics, according to UCSB Director of Athletics John McCutcheon, and spectators will not be allowed on the court.

“We remain committed to maintaining a safe and respectful environment at all athletic events and the public’s cooperation is greatly appreciated,” he told the Nexus.

McCutcheon released a statement in November when the team first began protesting, telling the program’s booster organization that the university respected the team’s actions.

“We understand that many of you are deeply offended that they have chosen to make this statement during the playing of our national anthem,” McCutcheon wrote. “Some of you have been moved to no longer support the team, and we respect your position.

“Others, however, have supported their act of a peaceful demonstration of their beliefs, and this we respect as well,” he said.

Dennis Farrell, the commissioner of the Big West Conference, said he was unaware of the game’s branding and said he did not have a comment. 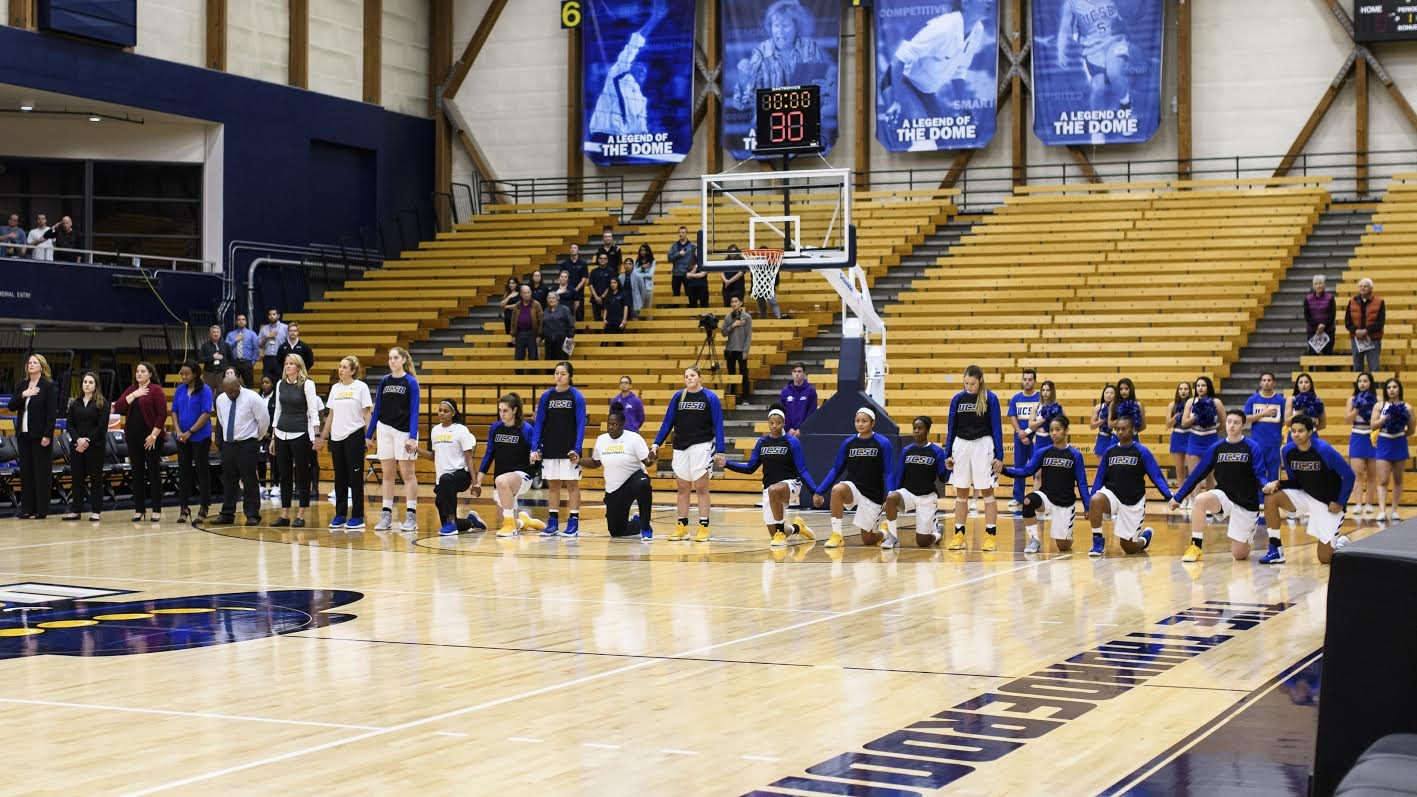 Many of the UCSB women’s basketball team take a knee during the national anthem. Eric Swenson / Daily Nexus

UCSB Chancellor Henry T. Yang is supportive of the demonstration and said, “The principle of academic freedom is vital to fulfilling our mission as a public institution of higher education.”

“We at UC Santa Barbara belong to a diverse community where we pride ourselves on fostering an environment that allows for the free and open exchange of ideas,” Yang said. “Sports have a special ability to unite, and we look forward to witnessing this spirit of community as we cheer for our Gauchos.”

He added that academic freedom is “vital” to UCSB’s mission in higher education.

“Ahead of Saturday’s game, we encourage our community to continue to uphold the core values and traditions of our campus by exercising civility, tolerance and respect toward each other,” he said. 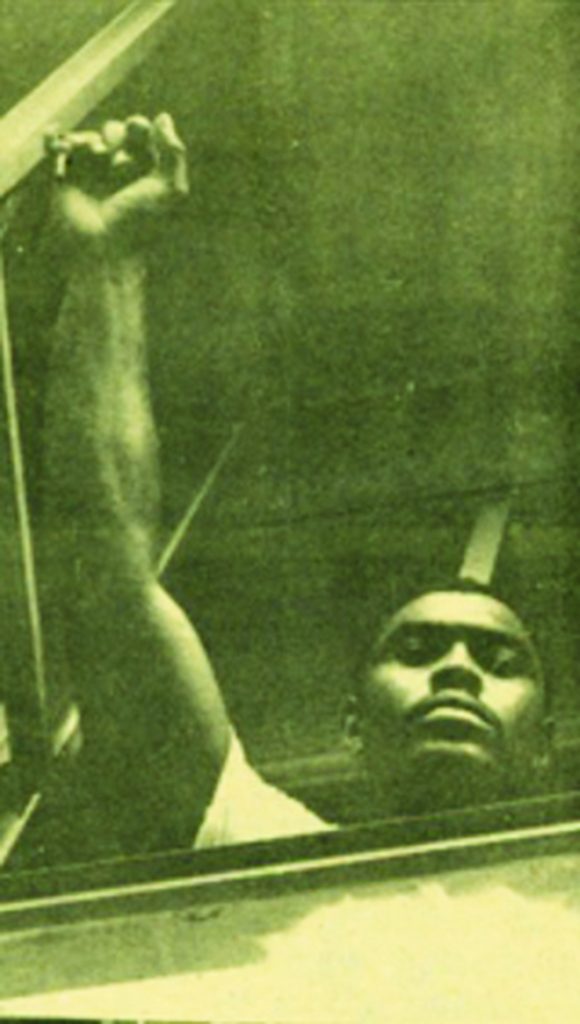 To date, the team is the only one in the Big West Conference to demonstrate by kneeling during a game. However, other University of California campuses have joined in protesting police violence against minorities in the past.

The UC Berkeley Women’s Basketball team in December 2014 wore shirts that read “Black Lives Matter” and “We are Cal,” the Daily Californian reported. Teammates held up their arms during the national anthem prior to a game in a “hands up, don’t shoot” motion and had the names of people killed by police violence written on their shirts.

Activism in sports has ties to UCSB in connection to the black student takeover of North Hall in 1968. Twelve students walked into North Hall the morning of Oct. 14 and barricaded themselves inside the Computer Center.

Among a list of eight were demands to address the treatment of black student athletes.

UCSB football players asked that Head Coach Jack Curtice, who worked from 1963 to 1969, be fired and relieved of his duties as the team’s head coach and the university’s athletic director. Although the demand was not granted, it was influential in his eventual departure from the university.

Also In 1968, Tommie Smith and John Carlos protested racial inequality at the Mexico Olympics by raising black-gloved fists during the victory ceremony and keeping them raised for the entirety of the national anthem. This is widely regarded as one of the most iconic protests in history.

On the collegiate level, in 1969 when the University of Wyoming was scheduled to play Brigham Young University, the 14 African-American football players wanted to protest the game because, at the time, the Mormon Church did not allow African-Americans to enter priesthood.

They asked their coach, Lloyd Eaton, for permission to wear black armbands, but were denied and eventually banned from the team when they asked him to reconsider.

More recently, the Phoenix Suns unanimously voted to wear jerseys saying “Los Suns” in 2010 in protest of an Arizona immigration law that was seen by many as promoting racial profiling. Miami Heat posted photos of the players wearing hoodies after Trayvon Martin’s death, and many had messages written on their shoes; Lebron James’s shoe, for example, had “R.I.P. Travyon Martin” written on it.

Is the man still keeping you down? Poor dears.