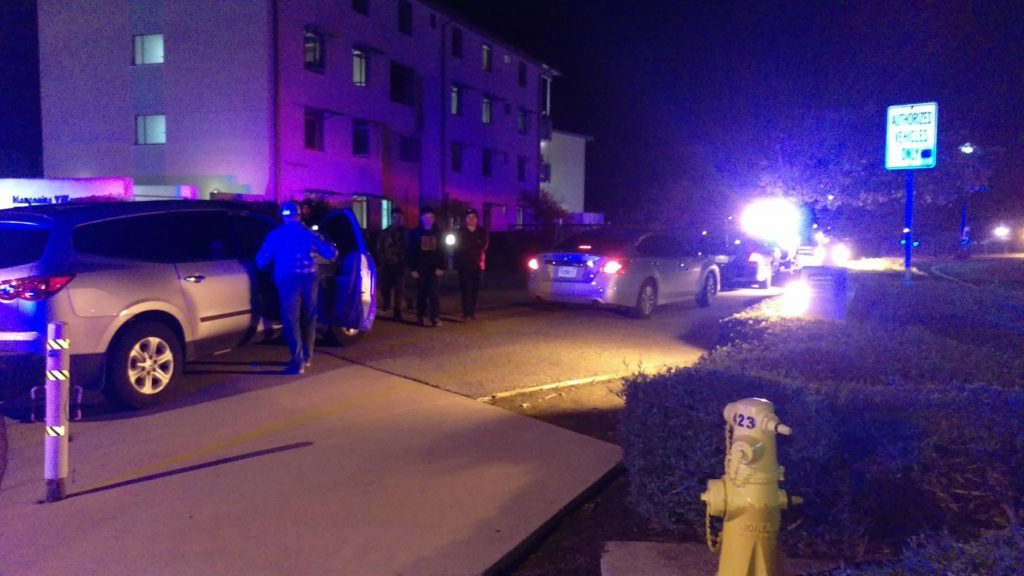 Police arrived at the residence at approximately 11:15 p.m. According to the Santa Barbara Sheriff’s Office (SBSO), the person who made the report was “too afraid” to meet the police due to a large crowd of people.

Officers cited several people at the party for alcohol violations, according to SBSO, and then noticed what appeared to be an active narcotics deal on a balcony, with one subject allegedly snorting a white powder off his hand and another suspected to be holding a bag of drugs.

Suspects began resisting when deputies and officers attempted to detain them. The suspects also assaulted the police officers, SBSO spokesperson Kelly Hoover said, and one officer sustained minor injuries that did not require medical attention.

One officer discharged a taser on a suspect before placing him in handcuffs and ankle restraints. An SBSO press release described some of the suspects as “extremely combative.”

The last was arrested for resisting or delaying a peace officer while the first two suspects were being arrested. Due to an ongoing investigation, police have not released names of the suspects.

People who attended the party were leaning over a side barrier to observe the scene when police were arresting the suspects. Many were intoxicated and police told them to leave the house.