When Robert Salazar, an origami artist of 16 years, first pitched the idea of marketing an origami solar cooker named Orisun, not too many students could get behind it.

Aspiring entrepreneurs like Salazar were asked to vote on pitches to decide which would become finalists. Each student was given three stickers to show interest in joining a team, and first-year biopsychology major Isabelle Sato gave all her votes to Salazar’s origami project. 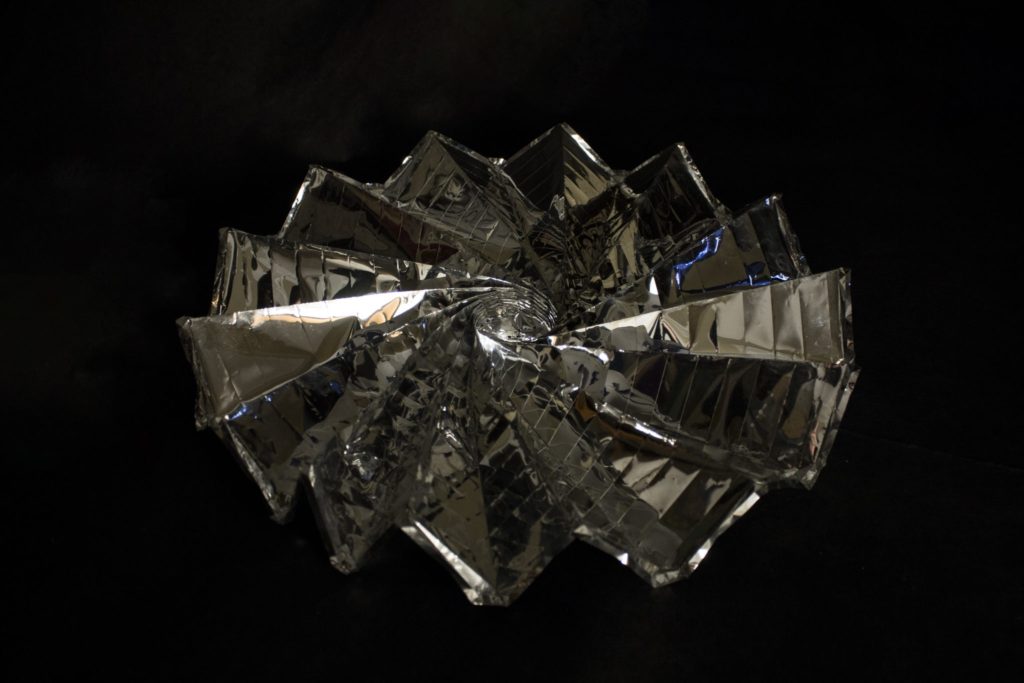 A NASA funded prototype for the Starshade project, similarly influenced by origami. Courtesy of Robert Salazar

“I was looking at his little chart and it didn’t have very many stickers,” she said. “I was like, no, this guy has to move on. So I put all my stickers on.”

So began the team that would go on to win first place at Startup Weekend, a two-day program on the weekend of Jan. 15-17 in which students launched entrepreneurial projects from scratch.

Orisun was one of a handful of products to make it to the finals on Sunday, Jan. 17. One team proposed an app called Open, which allows users to keep track of drunk friends. Another group proposed Physique, an app in which users do workouts based on how they want to look.

The fitness app won third place and Open won second, but the Orisun team placed above the rest because they built a functional prototype on the day of presentation.

The team developed a simple product: Orisun is a foldable solar reflector able to melt snow on backpacking trips. Users can fold the device into a large cup, and when deployed, Orisun unravels to three-and-a-half feet in diameter. Light rays from the sun hit the shiny Mylar surface, which directs them into a central column for users to heat up water, snow or food.

Salazar created the circular origami figure made of paper and Mylar on the morning of Sunday, Jan. 17 — the same day the team intended to present. When demonstrated, the Orisun prototype was able to heat up water by one degree every two seconds.

Judges also commended the Orisun team for making presales and meeting with representatives from REI, Patagonia and National Geographic.

“We validated our market research maybe a little bit better than others because we actually got money and funding,” Sato said. “That’s one of the best ways to gauge whether people are really going to buy this.”

“We have a cheaper solution that has potentially more applications,” she said. 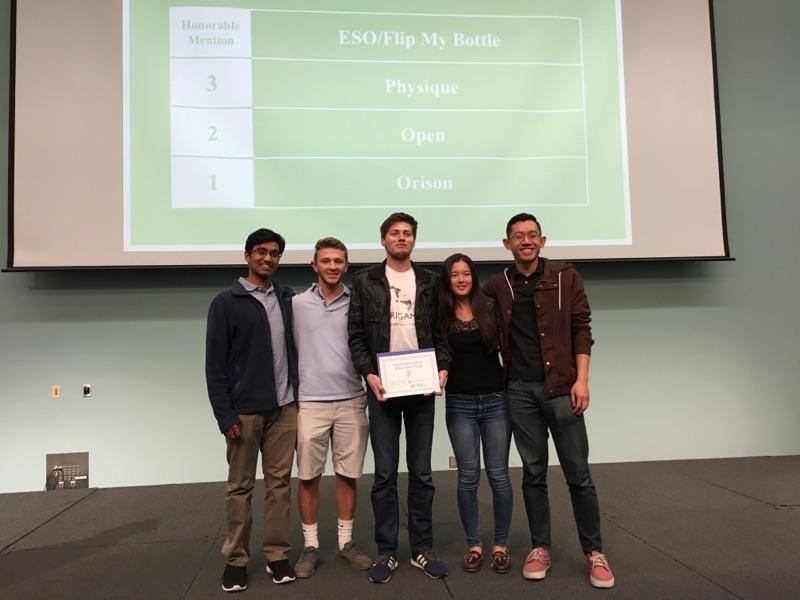 According to the Orisun team, the applications for their product are broad. It serves a recreational purpose, able to assist a lifestyle of backpacking and trekking. Sailors can use Orisun to heat up ocean water for desalination.

Team member Srikanth Kalluri, a third-year physics major, said he joined the team because he saw the application of Orisun as an assistance to third-world countries. He sees the solar cooker as a means of separating pollutants from water.

There is still much more work ahead for Orisun. The team wants to build a final model that is “hiking worthy,” according to Kalluri.

“Just because we pitched something at a local event doesn’t mean it’s finalized,” he said.

Sato said they need to secure manufacturing for the product and talk to potential partners, an opportunity that has been opened up from the networking done at Startup Weekend.

“You always hear stories about people starting a business when they’re in college,” he said. “I’ve been wanting to do this stuff for like 10 or 15 years now.”

Salazar likens the art of origami to our relationship with our environment. The various parts of an origami bird — the beak and the wings — are interdependent and proportionate to one another, and any one small change to any of these features affects all others.

“What I’d like my origami work to show is that, despite all of this interdependence, you can still create remarkable things, even with something as simple as a sheet of paper,” he said. “Imagine what we could create with our physical world if we follow these principles of interdependence.”

Correction: Srikanth Kalluri is a third-year student, not a second-year.