The Daily Nexus
Opinion
Lost, Hungry and Discombobulated: Critiquing the Experience of a Lifetime
January 26, 2017 at 5:00 am by Sebastianne Kent 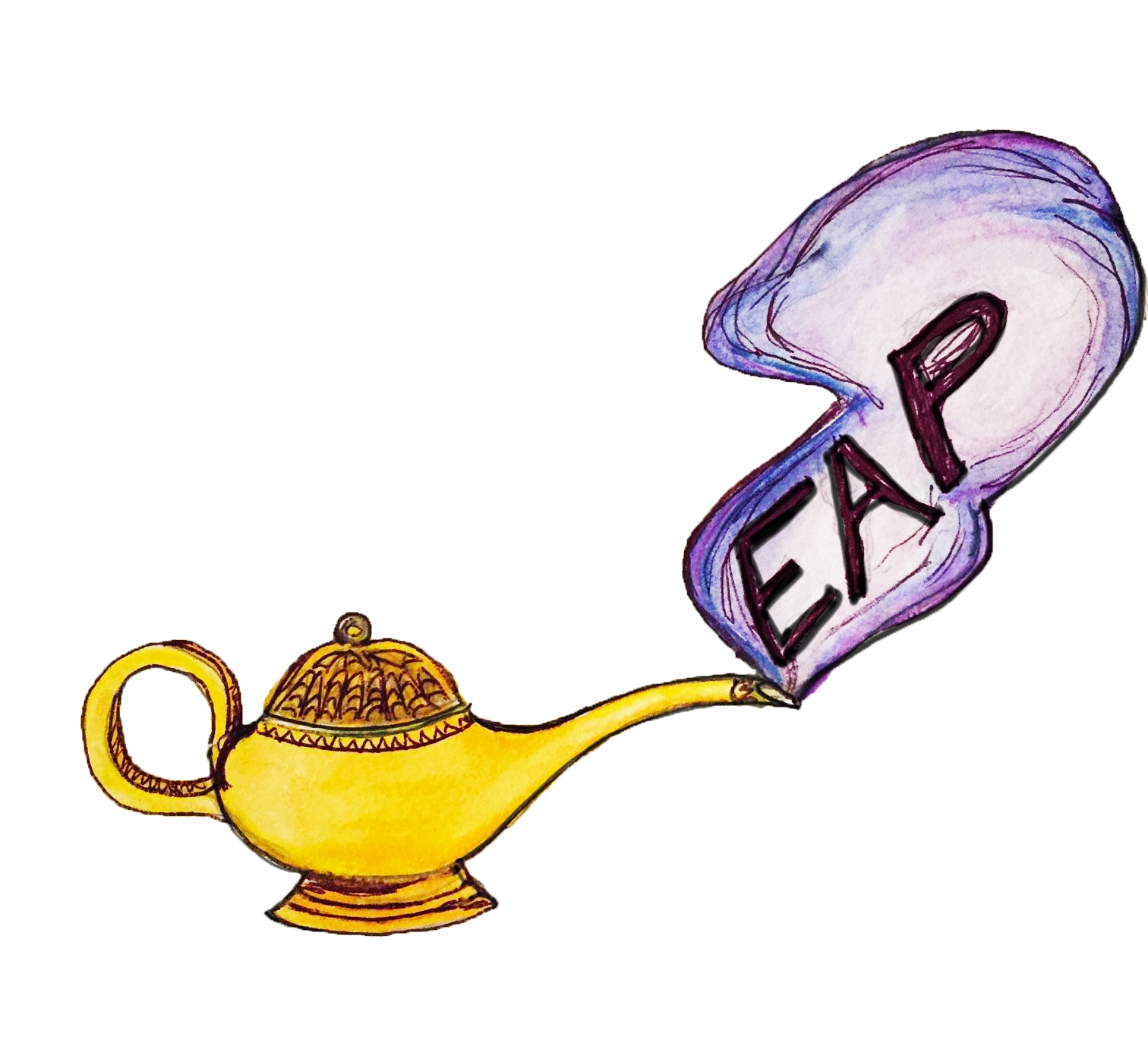 The study abroad experience is one of the advantages of going to a four-year university, particularly one with a program as devoted to reaching out to students as UCSB’s. The EAP program infiltrates our classes and our inboxes to hype us up on the idea of studying abroad. They say it’s easy, they encourage us to apply, and the stories of students who make these presentations are exciting and persuasive. What the entire experience lacks — and what I’ll enthusiastically provide — is criticism.

I get that most students coming back from studying abroad are starstruck with the experience. I wouldn’t tell anybody not to go and explore the world, but after my quarter in Bordeaux, I’m ready to offer more than the general platitudes about the experience, and I hope you’ll forgive my general bluntness.

The campus for the French equivalent of the College of Letters and Science looked like Chernobyl, post-nuclear fallout. It struck me at first that they didn’t use a picture of this specific campus on either the UCSB website or the University of Bordeaux website. I know that Santa Barbara is a beautiful campus, and I wasn’t expecting its European equivalent, but the lack of realistic expectations about the state of the school allowed me to empathetically imagine what it’s like to be catfished. This sense of having been misinformed became stronger when I found out that a year’s tuition at the University of Bordeaux costs … nothing. The only charge is an approximately €200 enrollment fee that is exponentially less than the thousands of dollars we pay to study abroad through EAP.

So what are the advantages of studying through EAP? They tout that the process is more streamlined, you have an office on campus that’s there as a resource and there’s a whole network there to help you transfer your units. The organization of the program, from my experiences at least, was lacking. The entire website to sign up for courses didn’t work, and students were stuck going to various offices of department heads to ask for course descriptions, schedules and information. The information was hard to find, and the professors were often unresponsive if not xenophobic and unhelpful to foreign students. The “Centre de Californie,” our supposed resource, didn’t act as an intermediary or help with the process. This task became an immense challenge for students who weren’t confident in their French abilities but wanted to test the waters by taking courses in French. 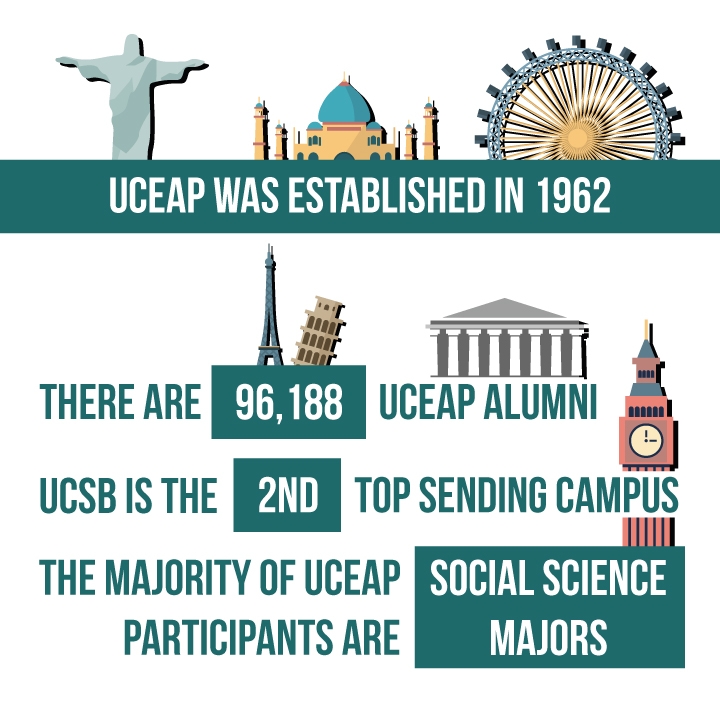 This gap in the program extended to transferring units. One of the main reasons for choosing EAP is that they help you transfer units to your specific major, and while they don’t promise that everything will transfer, they wink and nudge that any major can study abroad. For French majors, bad news: Even though the world of the French language is at your fingertips and you can take classes in literally any subject and still be learning French at the same time, you can’t broaden your horizonsh as much as you may have thought. Units are only transferrable if they’re essentially the same as a course you could’ve taken at UCSB, which seems, to me, to defeat the purpose of studying abroad in the first place.

One of the main reasons for choosing EAP is that they help you transfer units to your specific major, and while they don’t promise that everything will transfer, they wink and nudge that any major can study abroad.

For those with other majors, the difficulty remains just as strong. A friend of mine, also a graduating senior, hit about a thousand brick walls in his attempts to transfer course credit. He emailed our program director and the head of every relevant department head at his home campus of UCLA to no avail. After a couple of attempts, even his plea for help and a request to point him in the right direction went unanswered. What he was left with was a brusque, unhelpful bureaucratic response, even after having asked the all-important question: If you won’t help me then why did I pay all of this money for EAP? He shrugged it off, saying that if he needs to he can just take summer classes. But what about those of us who can’t afford to or don’t want to derail our road to commencement because of the misinformation of our given program?

The other reason we’re told we should study through EAP is housing. EAP is a supposed godsend for busy students who don’t have the time or the inclination to search for housing abroad. The first issue I came across cropped up in the language of the housing assignments. Most of us wound up in shared apartments, having asked for a shared apartment with other French students or international students. However, this terminology was misleading to say the very least. Shared apartment could mean a room in someone’s house in which there were rules like whether or not you could use the kitchen and how many meals a week you had to share. Essentially, it was a homestay with a different label.

The move from my lodgings (I hesitate to call it a home) happened after months of a relatively calm stay. Even though it wasn’t technically a homestay, I still ate breakfast and dinner with my adoptive family. I realized later that this was because I wasn’t allowed to cook in the kitchen. At all. This was something I thought would’ve been communicated to me before I moved in, but that wasn’t the case, and even when I used a small pot to make my lunch for a week or so nobody mentioned it. The issue arose when I asked when a good time to use the kitchen was so that I wouldn’t be in the way for their lunch prep, and I was told I wasn’t supposed to cook at all. I let the subject drop, only bringing it up a couple more times because I was sure somehow I misunderstood because this was happening in French after all.

The confusion at this small issue escalated when I asked to please use one small pot to make lunch in because I’d used it before and if not, I specified, it was fine.A simple no would have sufficed, but the response I got was a yelling tirade, in which my previously mild-mannered host-father yelled at me, hit the furniture and accused me of having tried to bend the rules since the first day I stepped into their house.

The volatility of this family and the situation in which I lived continued along that line without help from the program director whom I called as soon as I could. It ended with me fleeing the house with my two friends, both UCSB alumni who had picked a really unfortunate weekend to visit. We intended to leave after a night out but came home to a note from my landlord saying she saw my bags packed and took my laptop so I couldn’t leave. Instead of a speedy exit, we ended up with a police escort and one hell of a story.

That was by no means the only housing horror. Two girls left their house because their landlord had been sexually harassing them, and one of my friends had his landlord cry to him and manipulate him in an attempt to make him stay another semester instead of switching living situations.
With all this chaos, there was no institutional shoulder for us to cry on. There’s no C.A.P.S. line for study abroad students or counselors ready to help us with the stress and depression that can come with culture shock. When we heard of the election results, we comforted each other, but many expressed an interest in a kind of support that didn’t exist for us there.

Studying abroad is a whirlwind no matter how you choose to do it, but just because EAP is the loudest contender doesn’t mean it’s the only option. Withdrawing for a quarter and going on your own might be a more valuable and more affordable experience, because you can dictate the terms on which you have your study abroad experience. We invest a lot into our university and it makes sense we want to use the resources available to us such as EAP, but do we really need to give them a monopoly on our college experience abroad as well?

Sebastienne Kent is all for going abroad, but is skeptical that the UC Education Abroad Program is the only way for a college student to see the world.

I think honest critique is healthy for any person/organization/entity to grow, but you come off a little too strong at the beginning as an overconfident, all-assuming American isolationist who didn’t know what to expect from entering a foreign education system built on more socialistic (than capitalistic) values. Your narrarive throughout retains hints and motifs of that negativity. That being said, alternarive travel and nontransferable units are important facts for those considering EAP to know and because of that, I’m glad you wrote this article. I guess my point is just to be careful about inherent isolationism we are all subject… Read more »

Seems from you comments you were very unprepared for this trip and hadn’t doe much research about the campus or your living situation. Also it doesn’t sound like you have traveled much prior to this experience. I agree with the first comment that you raise some real issues regarding credit transfers, but honestly your vague stories of being mistreated really do smack of a spoiled American kid not being coddled like he is used to at home. You mentioned that tuition was nominal but failed to mention this is ONLY the case if you are totally fluent in French which… Read more »

Welp, didn’t think it was possible to write such a depressing article on a topic that is often the highlight of many UCSB students’ collegiate careers. Sounds like you’re just looking at the all the negatives instead of appreciating the fact that many people in their early 20’s never get the opportunity to travel at all, let alone to a destination as beautiful and cultured as France. But, after reading some of your past articles like, say,”Boy (and Girl) Interrupted”, it’s pretty clear your sense of entitlement needs to be toned down a few notches. If you want to vent… Read more »