Over 750,000 protesters gathered in Los Angeles on Saturday in support of the Women’s March on Washington. Marchers gathered in Pershing Square downtown, and held signs promoting women’s rights, protection of the environment and racial equality, among others.

Laverne Cox, Miley Cyrus, and Barbara Streisand were a few of the many celebrities who made speeches, though the intense crowds made it impossible for most to see or hear. These protests were held on every continent, and many had record-breaking turnouts. 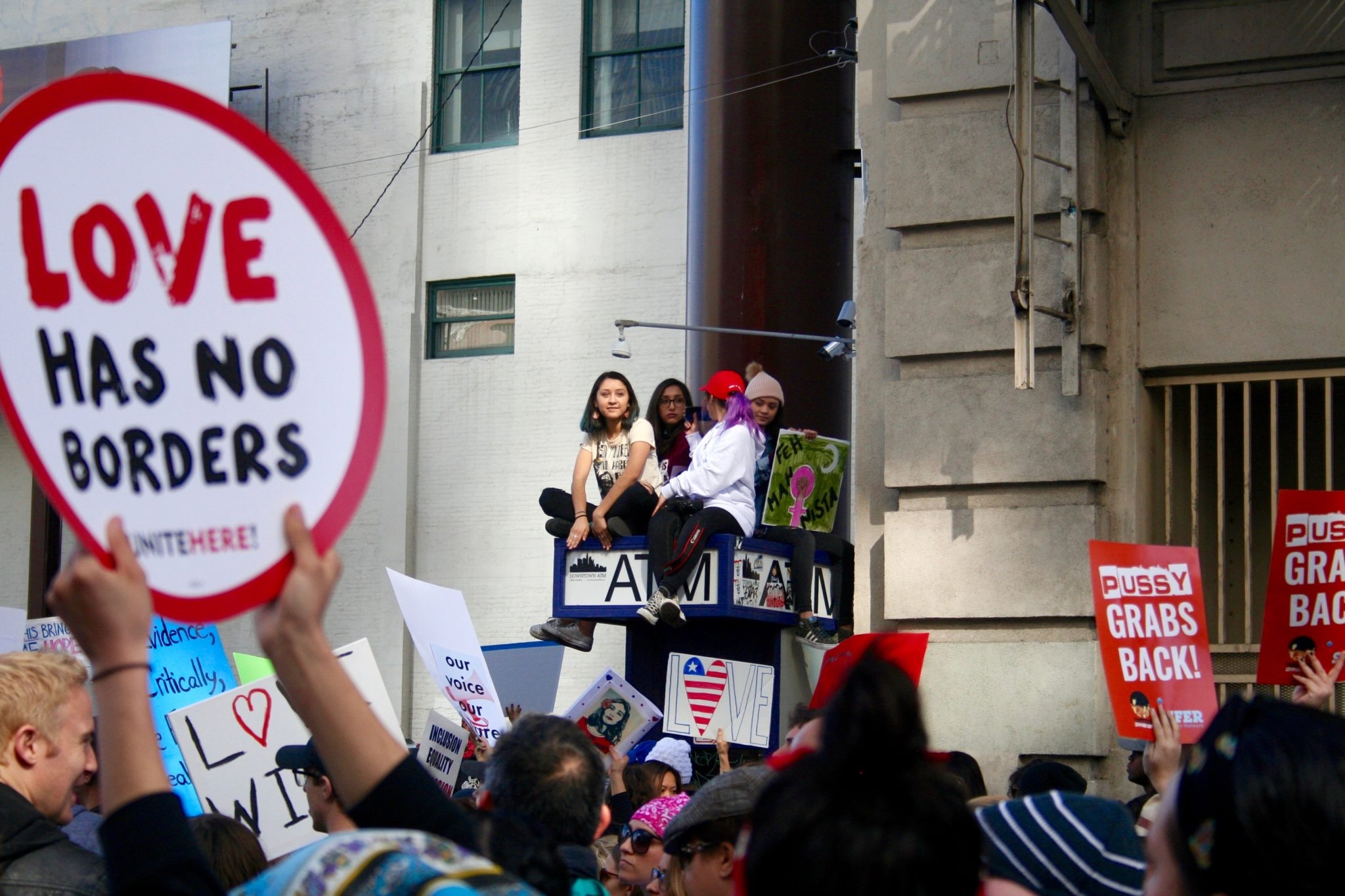 Protesters take a break on top of an ATM sign to watch marchers go by. Tamari Dzotsenidze / Daily Nexus 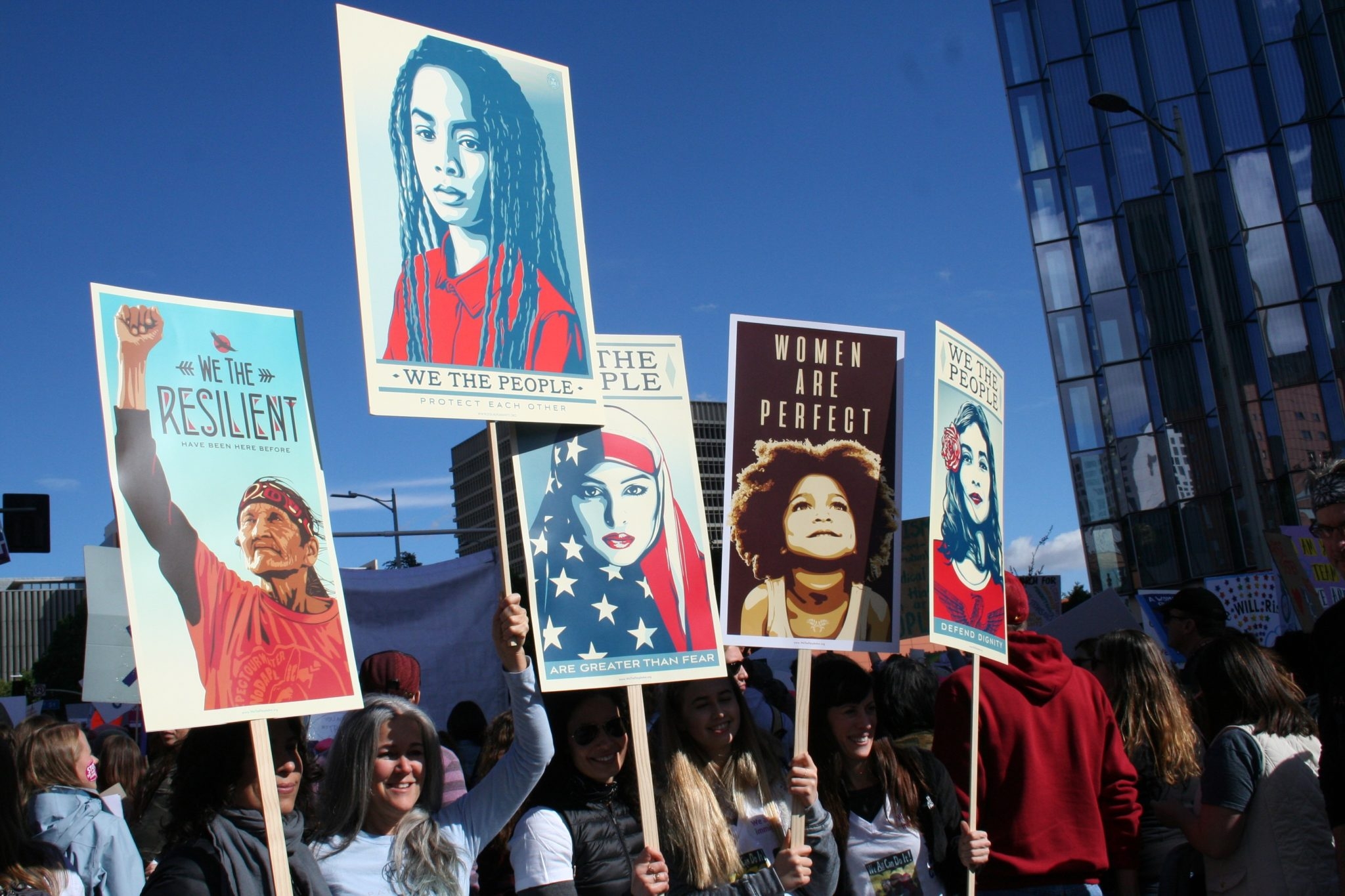 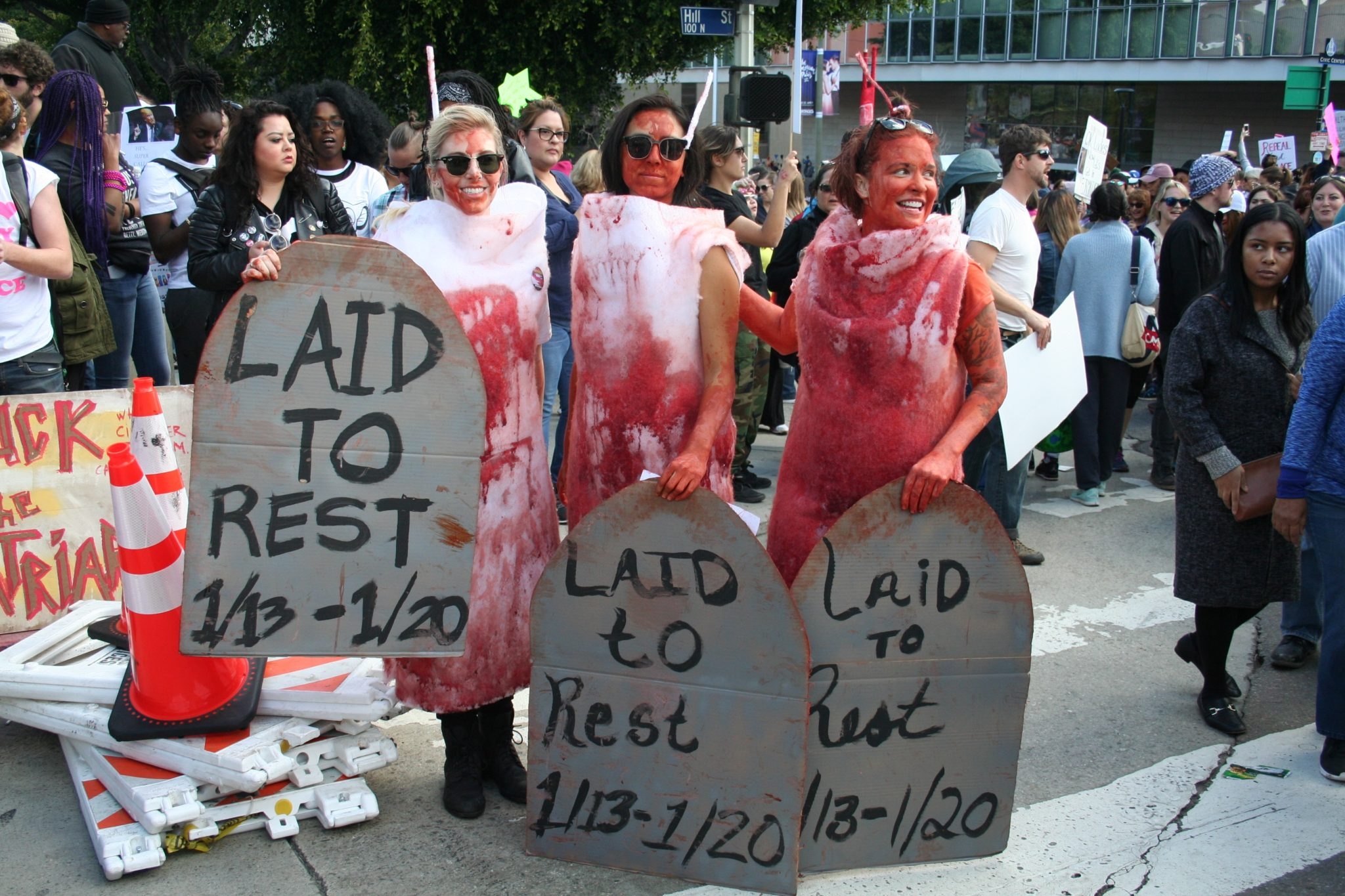 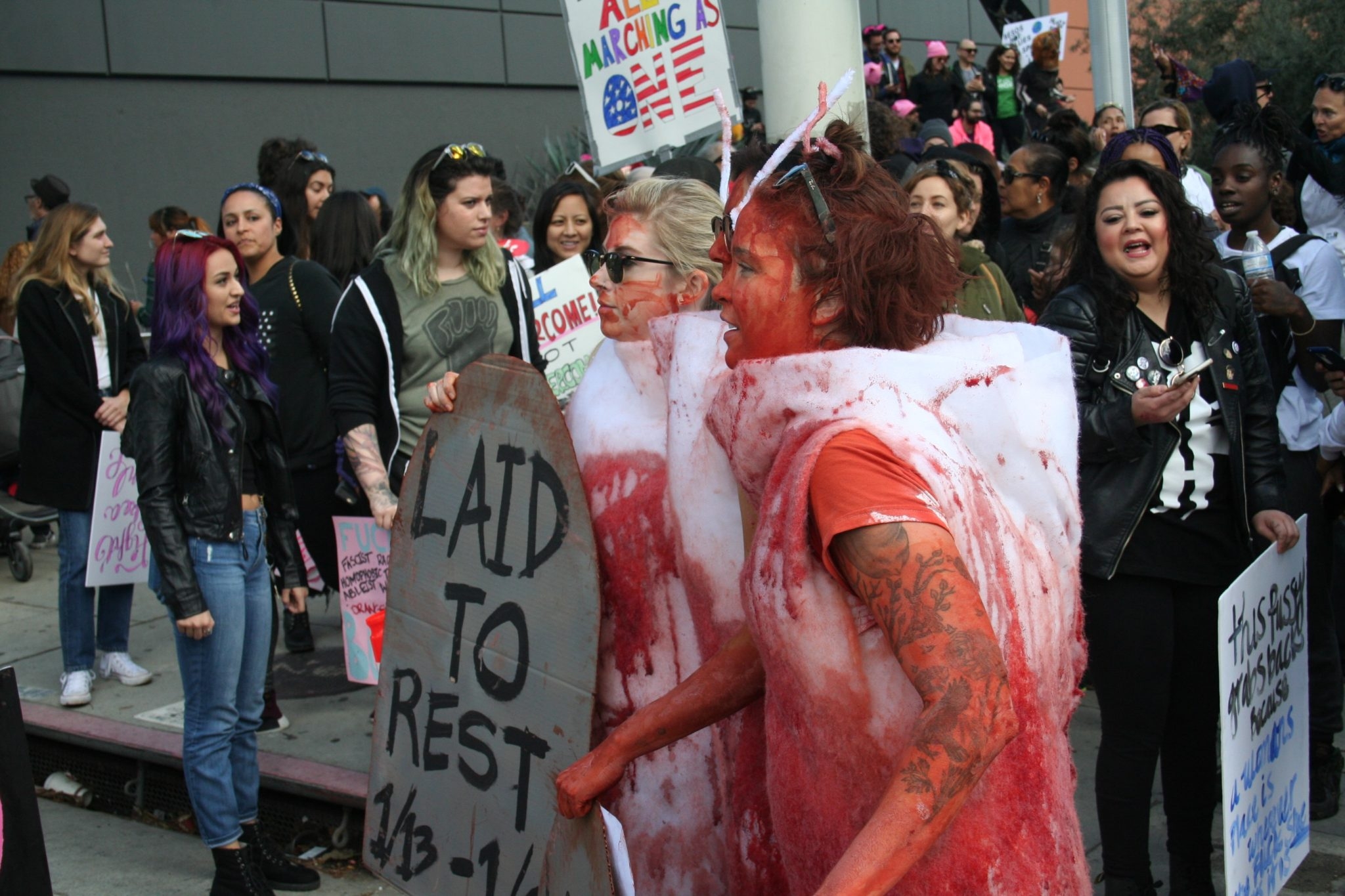 “I also wanted to make a statement because so many people in the GOP tell us what to do with our vaginas, and yet so many people don’t know anything about them. We’re kind of like this is what our vaginas do.” Tamari Dzotsenidze / Daily Nexus 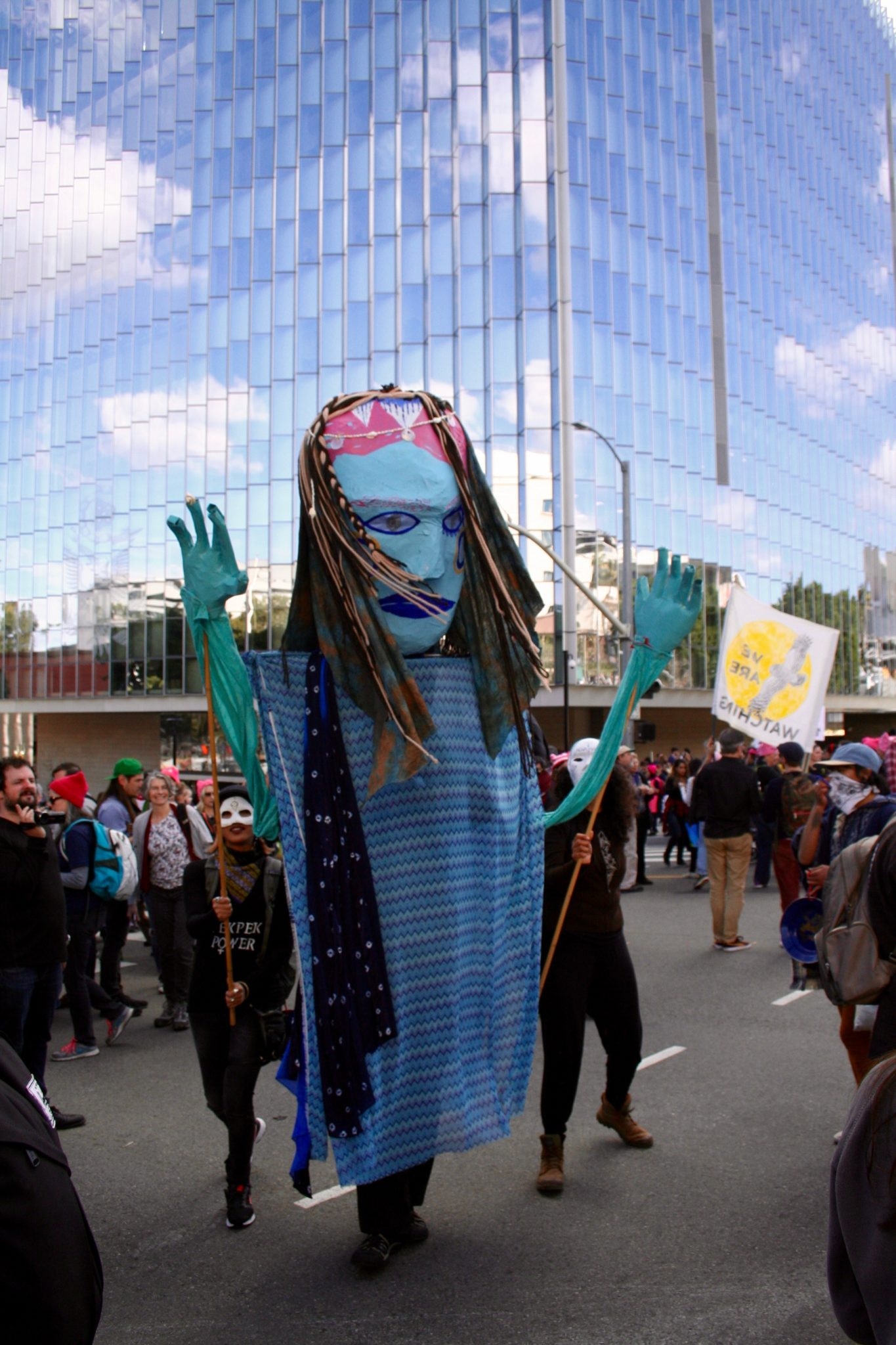 Along with carrying signs, many dressed in costumes, including those operating this elaborate puppet. Tamari Dzotsenidze / Daily Nexus 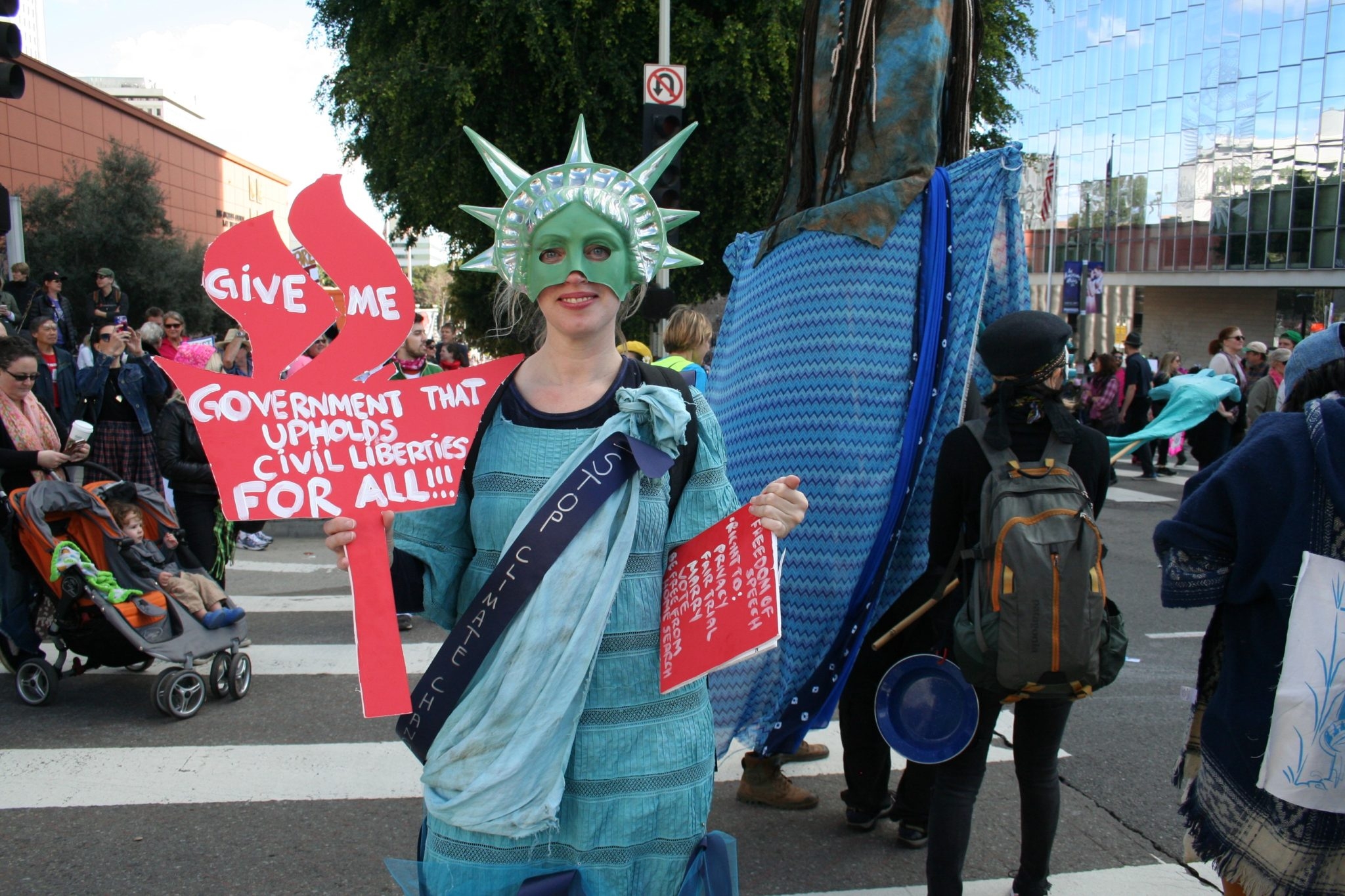 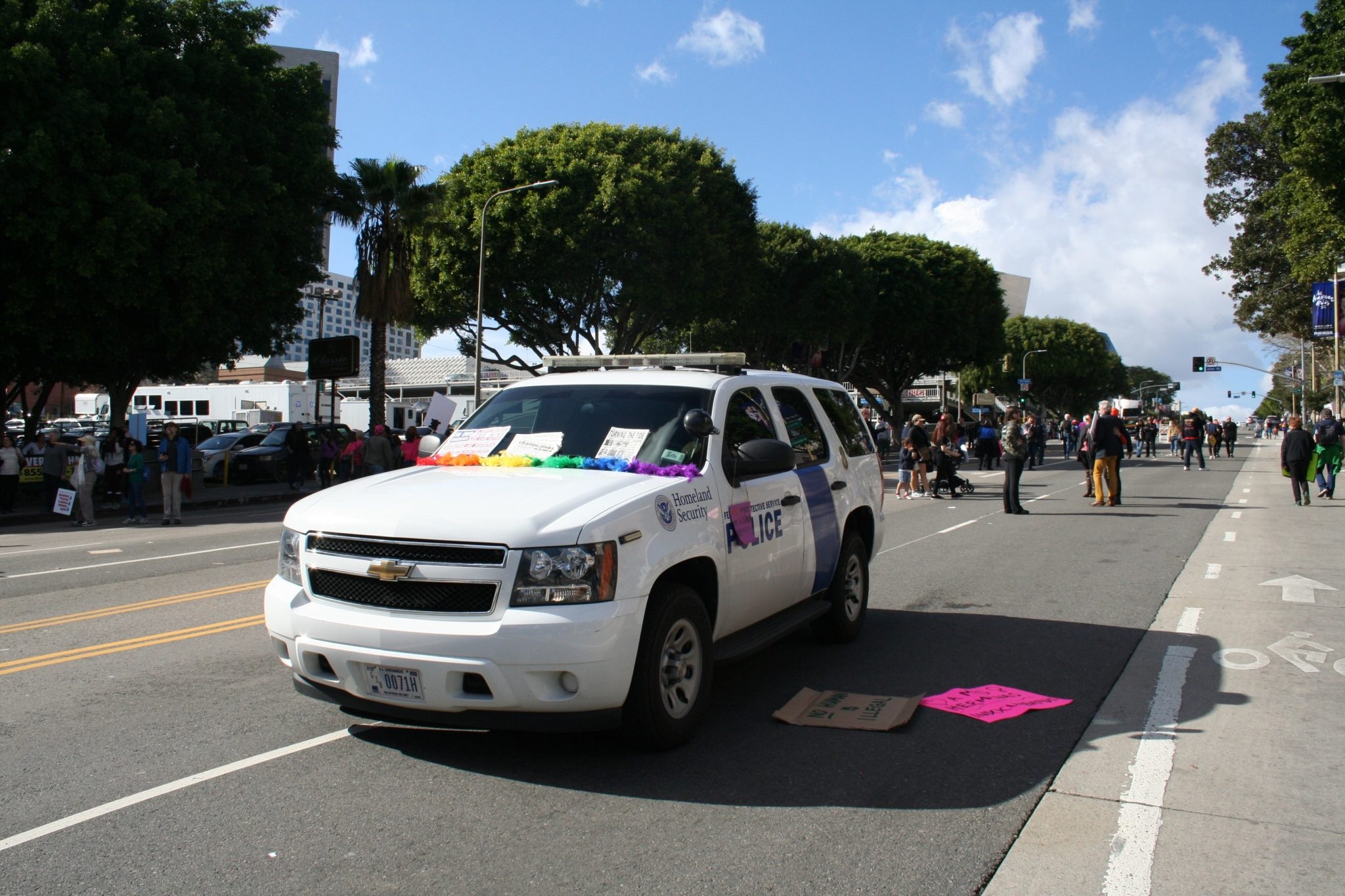 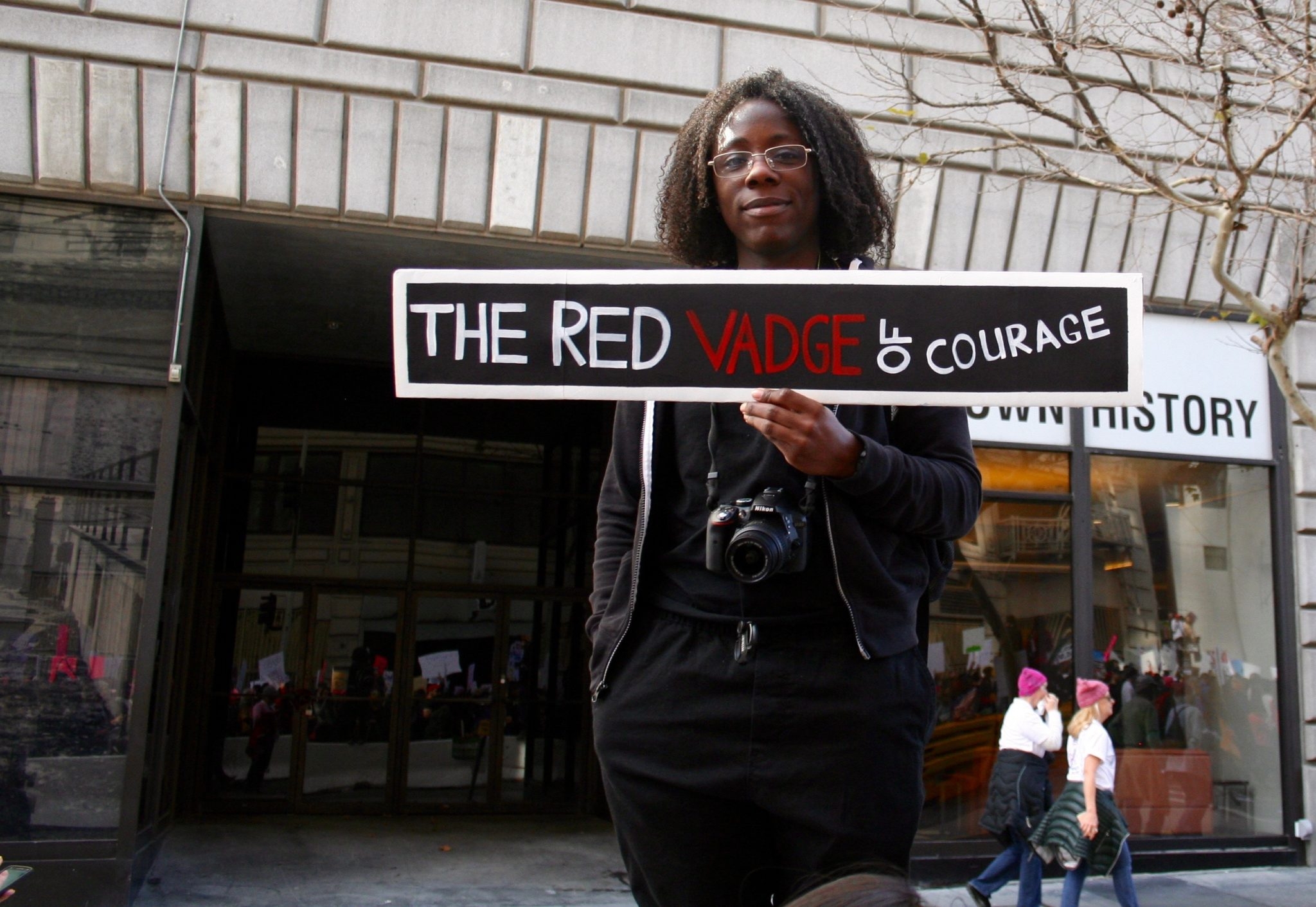 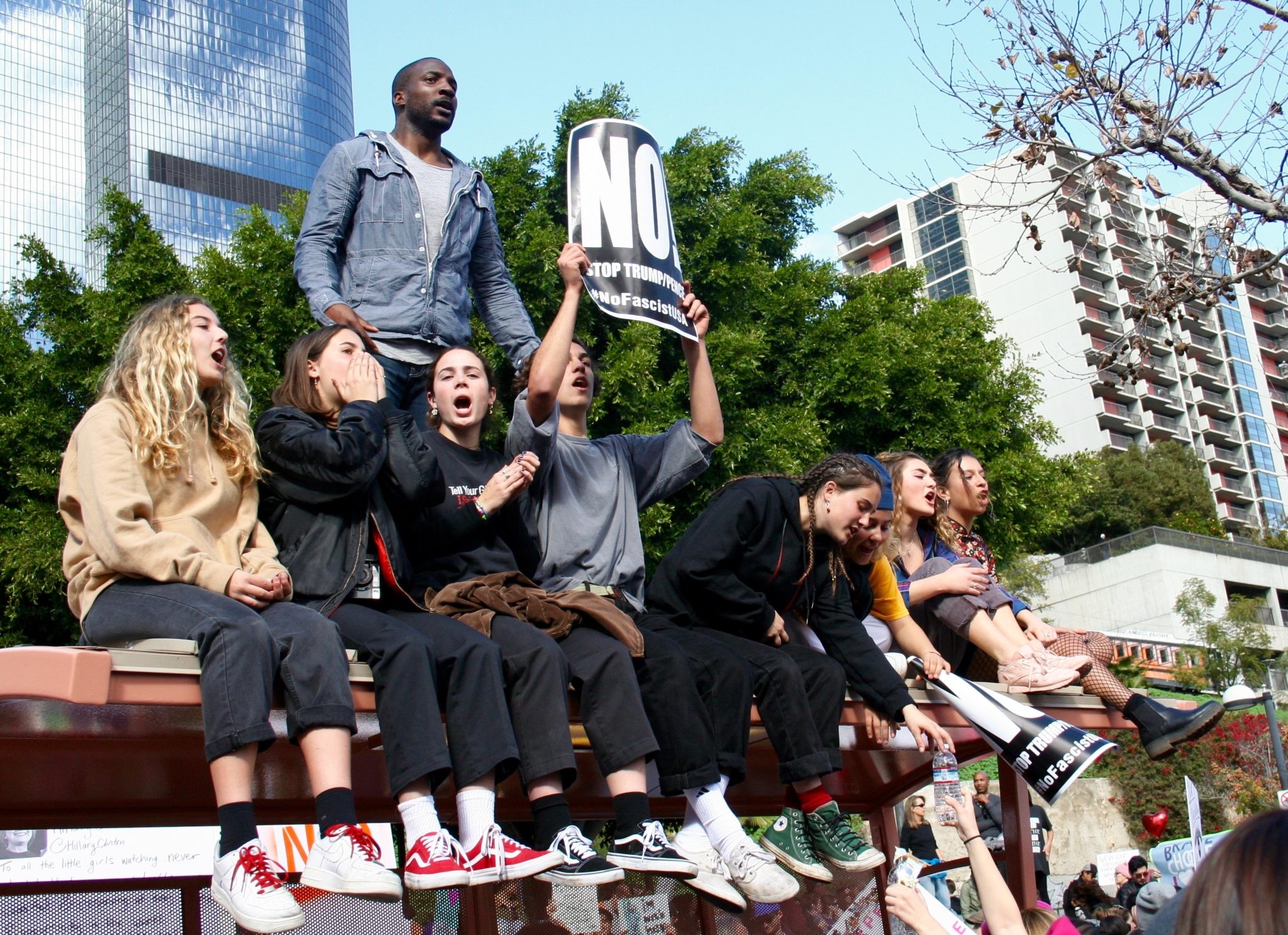 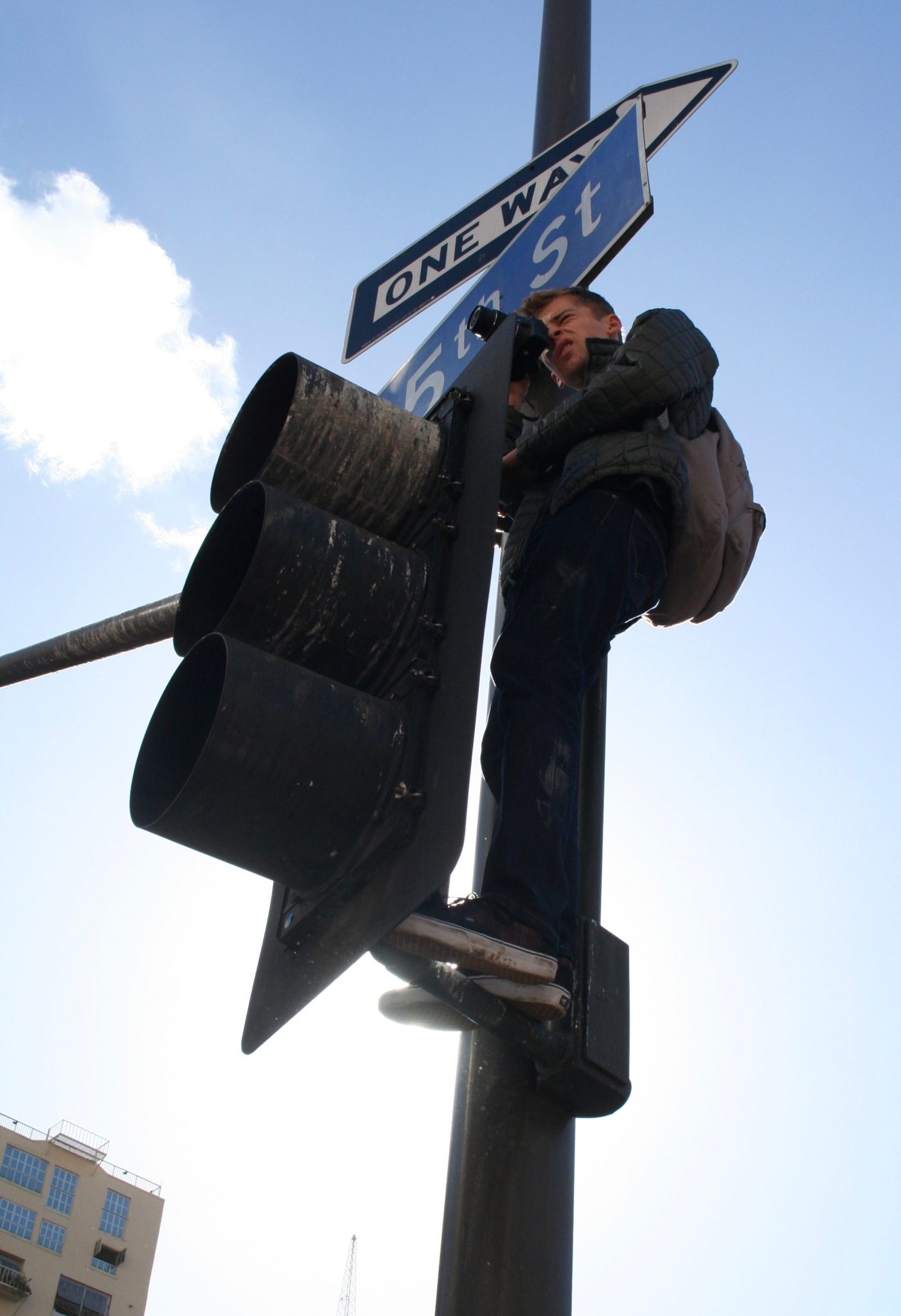 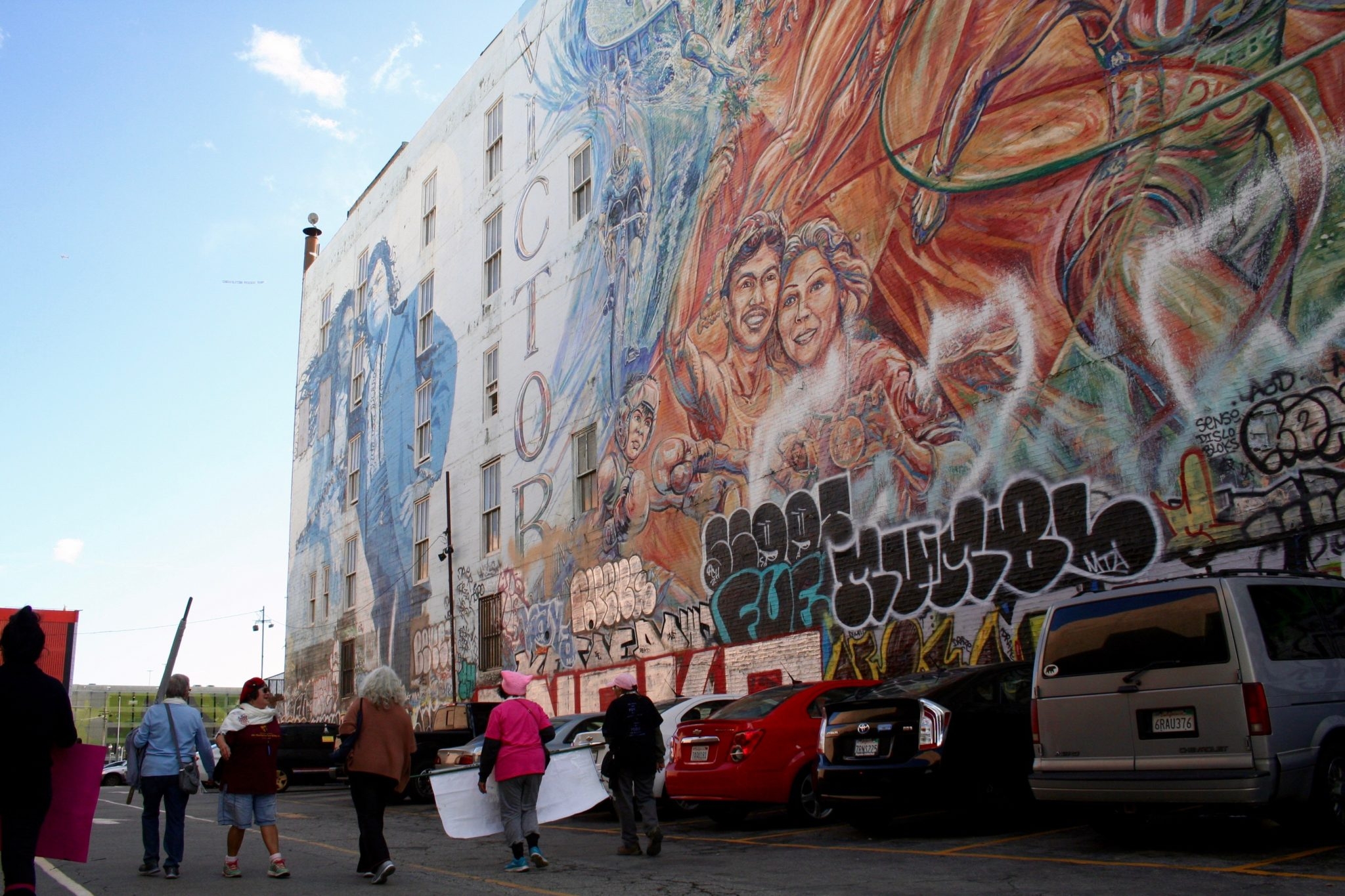 Millions of women marched about … what? Being proud of their vajajas? I’m sure glad one of them didn’t manage to become president.

Newsflash: Trump is a former Democrat and social liberal. He doesn’t care about your periods. He is focused like a laser on creating jobs. Even some women care about jobs.

Agreed – what a stupid waste of time. I’m proud to say I’ve never taken part in a protest or march in my life. Never have, never will. And this is coming from someone who had it rough – a white boy from Irvine.