The idea of creating a program that is both enjoyable and functional brought together over 400 students from California to Corwin Pavilion as SB Hacks hosted its third-annual hackathon from Jan. 20 to 22.

This year’s Hackathon was smaller according to one of SB Hacks’ organizers, third-year film and media studies major Austin Bernales. A variety of companies such as IBM, Google, Lockheed Martin were able to come to the event to host sponsor challenges and give away tech-gadget prizes, cash and, sometimes, a guaranteed interview for a full-time position or internship.

While the Hackathon is a competition that challenges students to create a program in a short amount of time, the main draw for students is generally the experience they gain from others, the opportunity to use hardware and software from the companies present and to enjoy the free food and Wi-Fi. 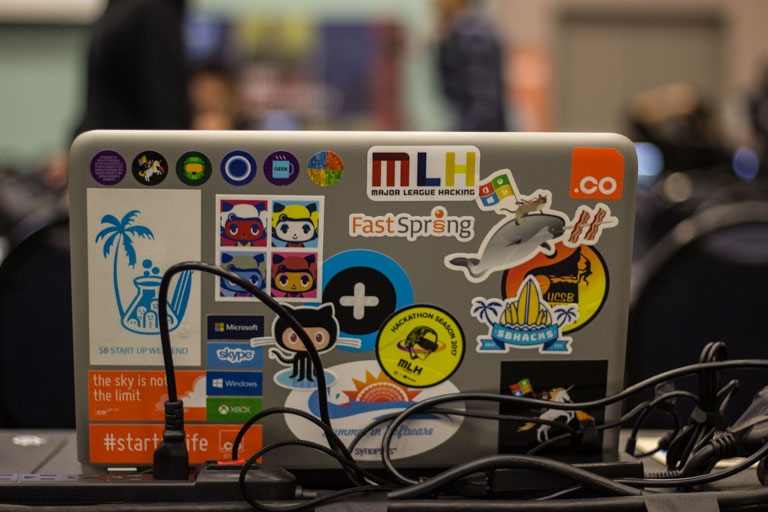 In order to provide resources and prizes to the students, SB Hacks received $12,000 in funding from Associated Students. According to Ryan Luo, another organizer of SB Hacks, most of the contributions for the Hackathon come from the sponsors themselves, which keeps the event free to any student who participates.

“We do our best to make sure everything is free, from the food, Wi-Fi and access to sponsors. The main reason why we believe that should be free because within the culture, you shouldn’t be granted access [to this technology] based on your income,” Luo said. “If you really want to learn how to code and have a passion for it, I think you just need a laptop and an iPhone, maybe even just a laptop.”

With nearly everything provided to the students, SB Hacks’ main focus is on creating not only software but connections with other students, regardless of year and major, as well as company recruiters.

“Hackathons are a great way for like-minded engineering students from different colleges to network with each other,” Aditya Wadaskar, a second-year electrical engineering major at UCSB, said.

Most of the teams that participated were from the same school and year, but some of the top-scoring teams consisted of students from different universities. With different minds, ideas and expectations, there were a variety of programs that ranged from third-person shooter games to music visualizers that analyzed frequencies or played music according to the user’s mood to browser add-ons that make internet browsing more enjoyable. 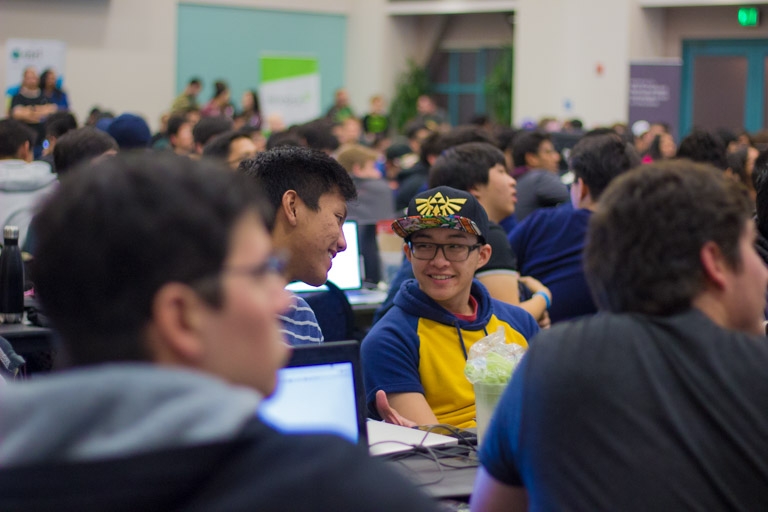 SB Hacks received 1600 applications to participate. Over 130 people submitted a product to be judged, according to the event’s devpost page. Jose Arturo Ochoa / Daily Nexus

“This is our last year to do a Hackathon since we’re all graduating and we tried to finish a product all the way through. We chose something simple. It’s just a music player/visualizer, but it uses [software] that none of us used before,” Tran said.

For students who code, troubleshooting is large part of the task, so working with software that they had not been exposed to before was frustrating but rewarding when codes would finally compile.

“To see that we can do this and with our power and knowledge and that we can learn to do stuff like this was really motivating and encouraging to pursue doing these types of projects in my spare time,” Chang said.

Software that received prizes from SB Hacks included a web browser extension named HackTube that was made by a group of students from the University of Southern California and a program named apt-get that was created by two UC Berkeley students, a student from UCLA and a UCSB student.

HackTube is a web browser extension that can be enabled when the user visits YouTube. When enabled, the extension will remove negative comments depending on the criteria the user chooses. Some of the criteria includes profanity, racism or sexism. 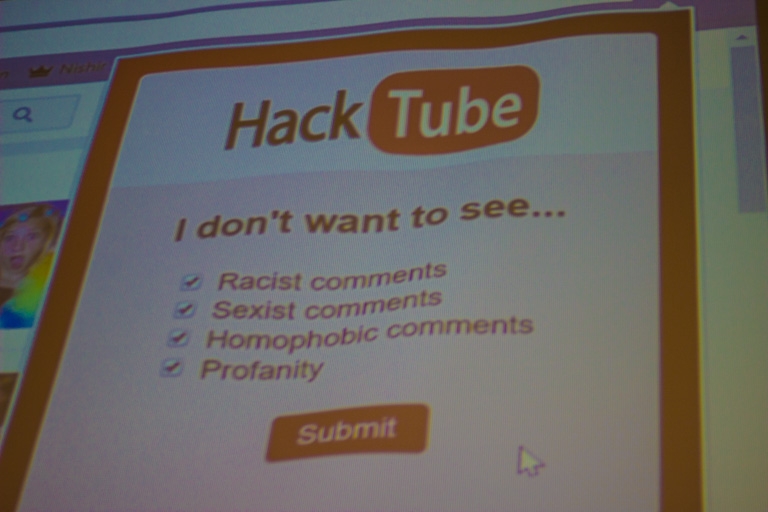 HackTube is an app that allows users to block YouTube comments which are offensive. The app was created by students from USC. Jose Arturo Ochoa / Daily Nexus

According to one of the creators of HackTube, first-year computer science major Melissa Wen, as of now HackTube is only for YouTube, but they are thinking about expanding it to other platforms such as Facebook and Twitter.

“On YouTube it’s really easy to provide an anonymous username, so since no one knows who you are you don’t have to be held accountable for what you say on YouTube, so it’s very easy to say something harmful to someone,” Wen said. “This was initially designed with YouTubers in mind, but it can also be extended to anyone with a large social media following or educators, since there’s a lot of educational content on YouTube. So if teachers wanted to display a YouTube tutorial and not show the comments, then they can enable this extension.”

The group that won the grand prize of four Audioengine A2+ powered speakers or $800 created apt-get, a program that makes the job of finding apartments with specific criteria easier. Using Isla Vista as inspiration, the team used data found on apartment websites in order to list different criteria. From there, the user would click on criteria that met their needs and find an open apartment in a certain price range in a matter of days rather than weeks.

According to Bernales, Hackathons like this provide many platforms that allow students to create something impressive in a short span of time. In addition to such applications, many are chasing new human computer interaction paradigms such as augmented reality, virtual reality, motion sensing, voice control and hardware hacks under the umbrella of “internet of things.”

In the past, many of these new forms of user interaction were only available to those with large, expensive research teams. Recently, they have been built out into developer platforms, similar to what has happened with cloud computing. The amount that one can accomplish in a weekend continues to increase with each passing year.