The UCSB men’s and women’s swim teams traveled to Las Vegas, Nevada this past weekend and were in for a tough one. They faced the UNLV Rebels and the Air Force Academy in a dual meet featuring the three universities. Luckily for the Gauchos, their swimmers brought their “A game” and were able to sweep the competition as they looked dominant throughout the weekend. 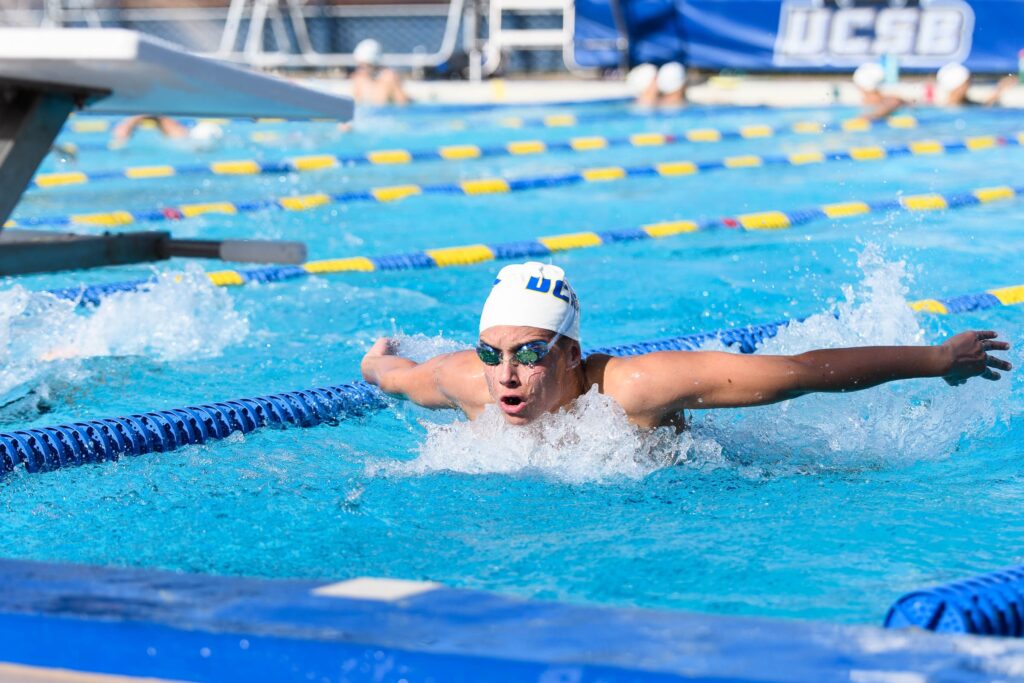 As the Gauchos improved to 4-1 on the women’s side and 4-2 with the men respectively, this past weekend gives them the confidence as well as the readiness to know that they can compete with anyone at anytime, and they are going to need to rely on the talents of their great, young swimmers to lead them in the coming weeks.

The Gauchos truly had an outstanding series of weekend performances, both team and individual, but the individual performances were something that should not be taken for granted.

Junior freestyle/IM events swimmer, Billy Mullis, shattered his former school record in the 200 yard backstroke with a time of 1:45.01 to play a big role for UCSB maintaining its momentum.

With the Gauchos needing someone to come up in the clutch in their close victory, they got their answer in two swimmers with incredible performances.

In one of the last events, senior Yoessef Tibazi stepped up with a time of 48.08 seconds to earn a first place victory and was closely followed to the finish line by junior Kevin Mendoza with a time of 49.35 seconds in the 100 yard butterfly to put the final touches on what was a truly astounding victory against the Air Force Academy.

The whole team thrived off of the energy of these young swimmers, and the team ultimately wound up with a first place team victory that was no doubt a collective team effort.

Headlining the competition with two victories, the Gaucho men’s team handled the competition. They were able to capture a win over UNLV, and they seemed to do it with ease with a lopsided score of 173 to 120.

Against the Air Force Academy, this match proved to be much more difficult. With the Gauchos staring adversity in the face, down 32 points, they somehow, someway willed themselves back for a comeback that many did not see coming.

The men were able to use grit and determination, backed by some clutch performances, to narrowly snatch the win right out from under  the Air Force Academy’s nose. This gutsy performance led to a final victory with a score of 148-146, with the Gauchos finding satisfaction in ruining perfection with the Air Force suffering its first loss and snapping the Academy’s undefeated season.

This was only half of the competition, and while the men were enjoying this outstanding weekend, the women weren’t too shabby themselves. They were able to showcase their youth and athleticism with many young Gauchos showing that they are going to be a force to be reckoned with going forward.

The women were able to seal the deal with a final score of 159.5-126.5, and were able to truly bounce back after a week against Pacific in which they suffered their first loss of the season.

The men and women are hoping to use these victories to fuel them in what is definitely going to be a tough week in front of them. The Gauchos take on longtime fierce rival Cal Poly in San Luis Obispo this Saturday, Jan. 28th at 11 a.m.