The Daily Nexus
Opinion
Four Benefits to Having a Liberal Arts Integrated Education System
January 20, 2017 at 5:00 am by Bianca Dalangin

A couple weeks ago, I changed my major from a pre-biology major to a communication major. I unknowingly instantly felt a wave of inferiority from my peers who were choosing to take a S.T.E.M.-related major, and although I felt ashamed to feel this way, I also knew that I wasn’t alone. Why is there a tacit misconception that liberal arts careers stand upon a lower pedestal than S.T.E.M. careers?

The United States has been proudly at the top in science and math proficiency; however, this wasn’t always the case. During the nuclear arms race in the Cold War, there was a struggle to build the most powerful and the largest amount of nuclear weapons among the United States and other countries. As these required many skills related to math and science, the emphasis for research in those areas became more prominent. Thus, the American education system shifted to having a S.T.E.M.-focused education with hopes that many students would pursue S.T.E.M. careers. Since then, the United States has implemented many S.T.E.M. programs. In 2014, Barrack Obama invested $3.1 billion in S.T.E.M. education.

If there had been a choice of whether to cut the budget of the S.T.E.M. subjects or the humanities subjects at school, it had become clear with this investment that the budget for S.T.E.M. subjects would ultimately stay. The result of having so much emphasis on a S.T.E.M.-focused education? A more diverse and larger pool of S.T.E.M. career applicants. 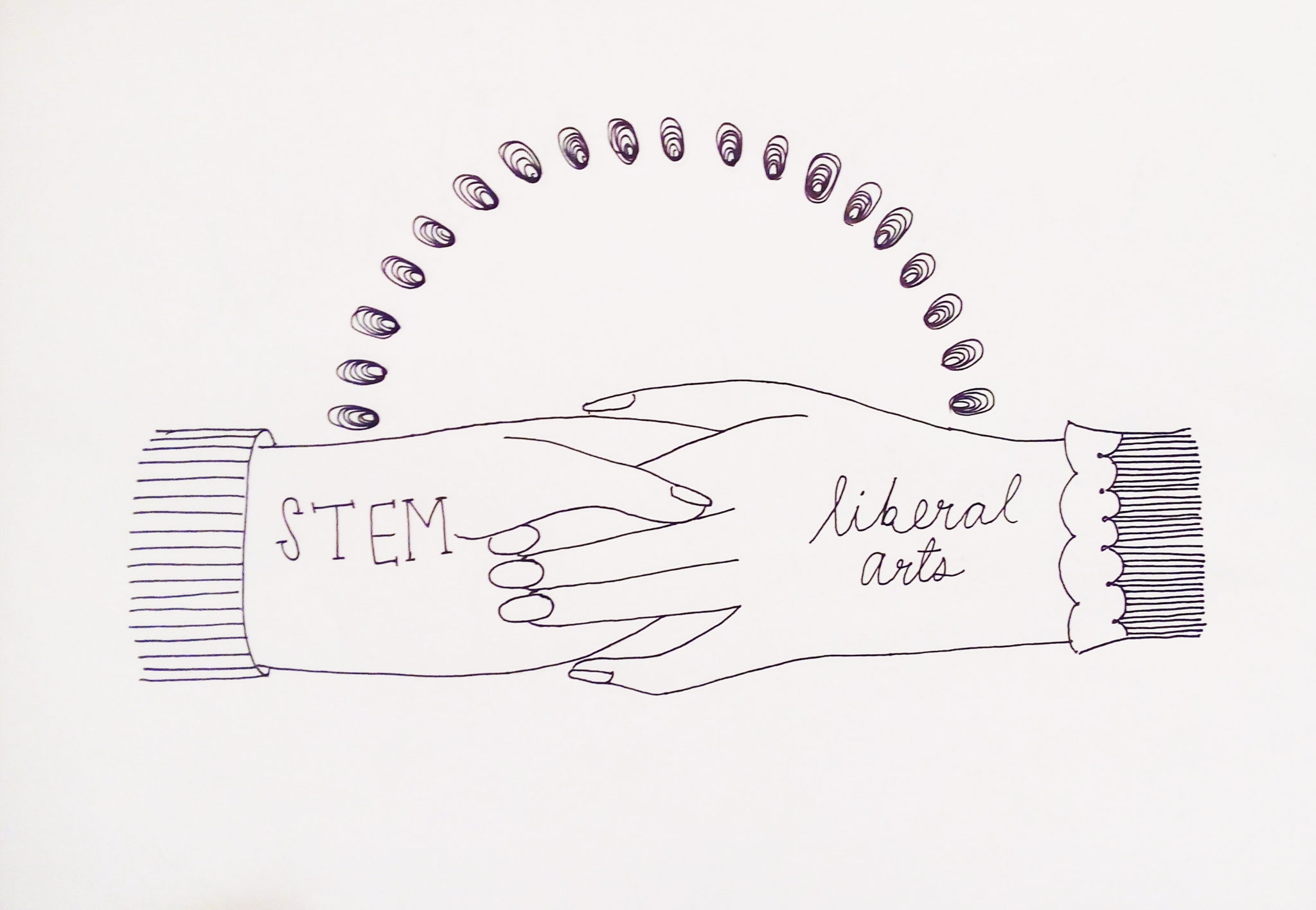 As the shift in the United States became more S.T.E.M.-focused, it has been often noticed among students that many humanities majors such as English, social sciences and the arts have been considered less valuable to American society according to its people. However, this should not be the case; it is imperative for liberal arts to be integrated more into our education system for the following reasons:

Liberal arts allows people to recognize that some problems have more than one right answer.

Math and science are usually concrete; there are usually one or very few answers that fit the puzzle. For example, 2 + 3 = 5 and only five. But not all of life’s questions can be perceived in black and white. In fact, most situations that people deal with have more than one right answer. Exposing ourselves to different types of situations — not just the ones that are black and white — helps us adapt to more diverse situations.

Because in most liberal arts educations there is more than one answer, it allows us to formulate our own opinions of what we think is correct and to stand by them through our own experiences, our own morals and our own logic.

We can learn a lot by being in a room with people who have different opinions. Why do you think your opinion is right? What’s the evidence supporting your opinion? Many liberal arts majors allow people to learn how to effectively debate, offering the opportunity to exchange new ideas and present some of their own. In addition, liberal arts careers usually involve more reading, writing and drawing, alternate forms of communication in which S.T.E.M. professionals are not often trained.

The three aforementioned reasons lead to awareness, respect and tolerance. Realizing that some situations have more right answers due to communicating effectively, many people with these skills will learn to be more understanding and aware of their peers and their ideas.

This is not to say that S.T.E.M. career paths do not hold these benefits at all or any benefits in general. I have been a pre-biology major immersed in mostly S.T.E.M. classes for the first two years of my college career. However, it is clear that a humanities education carries more of these important skills, all of which are essential for success and human growth.

Mathematics, science and technology are important subjects that are undoubtedly vital for our nation’s intelligence, but its innovation is sparked through learning these four important skills, which a liberal arts education emphasizes. In the end, both S.T.E.M. and liberal arts are crucial in order to solve most of the world’s biggest problems such as climate change and world peace. It is a sense of unity — not inferiority — that makes us Americans powerful and intelligent.

Bianca Dalangin hopes for a better understanding between the two fields of study.

You guys are jerks, now while a liberal studies curriculum is significantly easier it doesn’t mean they’re less valuable than stem majors. Stem majors might not realize this but as you progress through your curriculum and through life you become less impersonal to the world outside you. One only needs to look at their professors (professor Dai) to see how impersonal they become to the world around them. Most professors in the liberal arts speak out on issues such as equality and civil rights while there are very few stem professors who do this and by extension stem major students.… Read more »

STEM professors have more important and rigorous topics to speak about rather than grandstanding about identity politics.

I couldn’t disagree with this anymore. I am a STEM major but I spend a good portion of my time battling equality and civil rights issues. STEM fields are also heavily integrated with a lot of basic human rights issues (i.e. mental health–sorry but that’s not something that’s going to be conquered with a liberal arts degree). And you’re right, STEM professors may not spend a lot of time on these issues because we have SO MUCH TO COVER. The STEM field is DENSE and we understand we need to battle (climate change! mental health! stem cell research! or with… Read more »

Um the field of science is literally always looking for MORE ANSWERS. Not just one. That’s why we spend so much time on research. I can’t even comprehend how wildly inaccurate this article is.

Liberal arts people bitch about problems and STEM people solve those problem so they shut the fuck up. Its been like this for centuries

Shameful. The author makes a case for the relevance of a particular approach to understanding. And All that occurs in response is to knock her personal abilities and argue for ease of her new interests.

Not ONE coherent argument about the presumed superiority of STEM (that would be a hard task without an abundant helping of myopic stipulation).

If this is the conceptual offerings of UCSB folk (probably only in part), you folk need a better education than the one you currently are receiving.

Education is supposed to broaden one’s perspectives; it appears we do more training than educating.