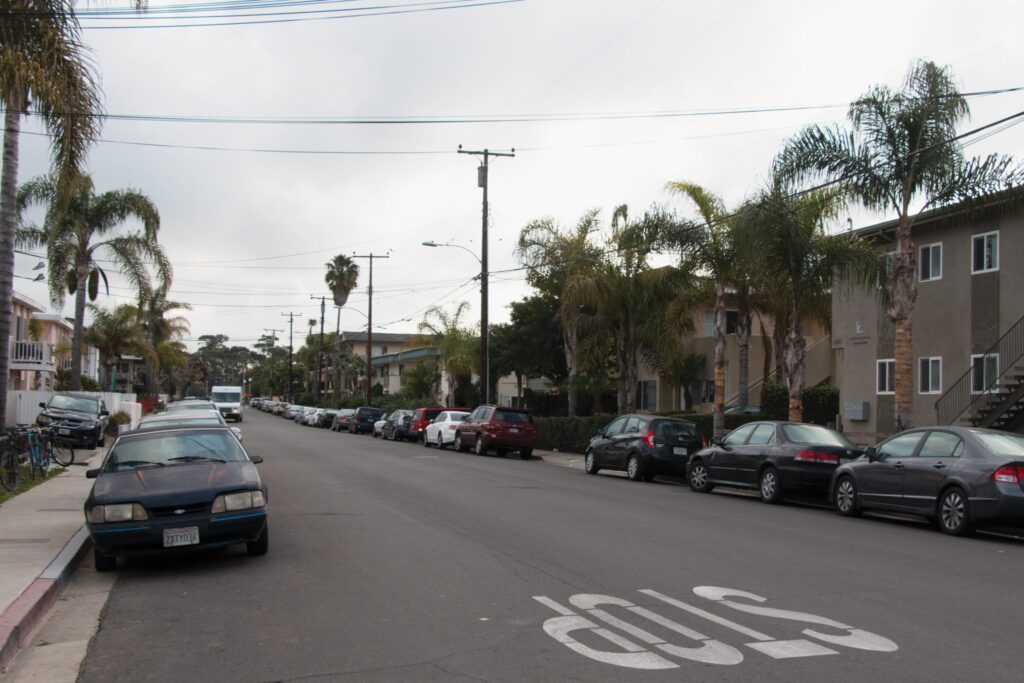 The project is funded by both the Santa Barbara County Community Development Block Grant Program and UCSB, and it will cost $750,000. The project aims to make Isla Vista and its roads more pedestrian-friendly. Pei Chiao Lin / Daily Nexus

Representatives from Santa Barbara County announced Thursday that the county will be installing a continuous sidewalk through Sabado Tarde Road in the spring.

According to Scott McGolpin, the county public works director, the county will add more sidewalks on the 6600 and 6700 blocks of Sabado Tarde Road. Curb ramps will be placed in several intersections along Sueno Road.

Residents of these parts of Sabado Tarde Road will not have to wait long for the completion of this project. McGolpin projects it will be underway in the beginning of this spring, and he estimates construction will take approximately three months.

This project, which bears a cost of $750,000, is being funded equally by the Santa Barbara County Community Development Block Grant Program and UC Santa Barbara. Each is allocating $2 million for this project and similar public works projects in the next 10 years.

According to George Thurlow, UCSB special assistant for Isla Vista affairs, the project is part of the “joint county-university” safety improvements in Isla Vista. He said the University has pledged $2 million over the next 10 years to be matched by the county for sidewalks, streetlights and traffic improvements.

“The idea is to have sidewalks on at least one side of all the streets in Isla Vista,” he said.

The project is a continuation of an effort by the Santa Barbara Public Works Department to make Isla Vista more pedestrian-friendly. It was preceded by sidewalk installment projects on Del Playa Drive and Sueno Road throughout the last several years.

“The community originally didn’t have sidewalks,” McGolpin said. “It takes time and money, and we’re slowly chipping away at it.”

“Normally in California the way sidewalks get constructed is when you have an area that is going to be developed, you decide you want sidewalks and then you require developers to provide a sidewalk in front of their section of land,” said Jay Freeman, an 18-year Isla Vista resident and board member of the Isla Vista Community Services District.

However, this was not the case during the development of Isla Vista. Although certain houses in the designated area of Sabado Tarde Road already have a sidewalk in front of them, they were installed during housing redevelopment.

McGolpin said the project seeks to change this so that every house on these blocks has a sidewalk without having to redevelop properties.

Another motive for this sidewalk project is to comply with the Americans with Disabilities Act. In recent years, long-time Isla Vista residents have advocated for easier wheelchair access throughout the town, a large reason for the increase in sidewalks and curb ramps.

These projects will have a focus on public and safety improvements, as well as “traffic-calming”
measures.

A version of this story appeared on p.5 of the Thursday, Jan. 19, 2017 print edition of the Daily Nexus.