The Daily Nexus
Sports
UCSB Looking to Pick Up Second Big West Win at LBSU
January 19, 2017 at 5:03 am by Quinn Moslander 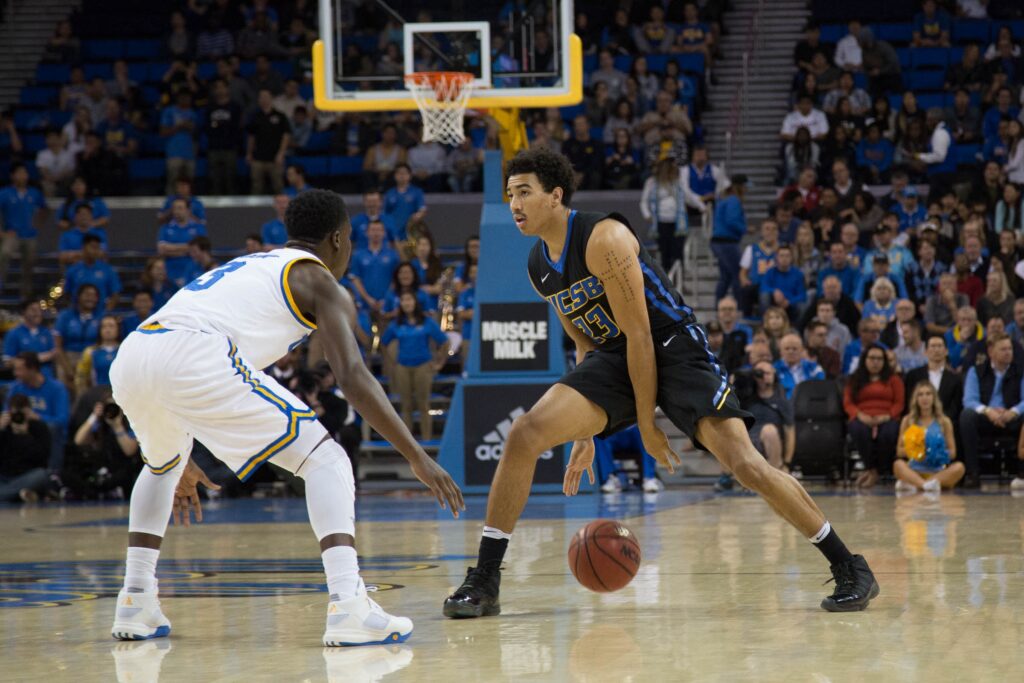 Coming off its first Big West win versus Cal Poly at home on Saturday, the UCSB men’s basketball team travels to face the Long Beach State 49ers, with both teams hoping to clinch a second conference win.

With an overall record of 3-12 this season, the Gauchos have had trouble getting off the ground, but they recently beat the Mustangs 58-53 to improve its conference record to 1-2 in the young Big West season to fall into a tie for fifth place alongside Hawaii and UCR.

The 49ers have had an ever so slightly more successful season, going 6-14, but sit at 1-3 in the conference, slotting them one behind UCSB. Having lost four of its last five games, LBSU will definitely be hungry to defend its home court in this match-up where it is a solid 6-1.

Last year the 49ers beat the Gauchos at home and away, both games high scoring with final results in the 70s. Those two victories turned out to be very beneficial for the 49ers, who finished the 2015-16 Big West conference in third place in the conference standings, going 12-4 Big West, while the Gauchos came in just behind them in fourth with an 11-5 Big West record.

Although neither team has been particularly strong this year, there is still plenty of conference play left. Overall, Long Beach has been solid on offense, averaging 73.8 points per game, which is the third-best mark in the conference, while also holding down the best free-throw percentage as a team with a 73.5 mark.

In its four conference games this season, Long Beach State has scored an average of 81.5 points per game, a Big West high. However, its defense has been its Achilles heel; it has allowed the most points per game (87.2) while also giving up an astonishingly high three-point percentage at (41.2), both conference worsts.

Junior guard Justin Bibbins currently leads the 49ers in minutes played, averaging 31.6 per game, as well as in assists with 82 so far in the season. Last year he earned second team all-Big West honors as he played in all 33 games as the Long Beach main point guard.

One of Bibbins’ fellow starters, junior guard Evan Payne, has averaged 14.7 points per game in the season and now 15.5 per game in conference. With junior forwards Gabe Levin and Roschon Prince grabbing 99 and 109 rebounds respectively, the starting lineup for Long Beach will present a challenge for the Gauchos.

In their last game against Cal Poly, junior forward Alex Hart stepped up to lead the Gauchos to victory, scoring 15 points and grabbing 11 boards in his 36 minutes of playing time. With junior forwards Jalen Canty and Ami Lakoju unable to play, it is up to Hart and sophomore forward Maxwell Kupchak to rise to the challenge of being UCSB’s “bigs” under the basket.

Freshman guard Clifton Powell Jr. has been electric on the court. Having started two out of the Gauchos’ three conference games so far, he has a conference field goal percentage of 45.1, proving to be a real asset when the pressure is on. This came to fruition again in Saturday’s win as Powell knocked down two big three balls — the only threes by the Gauchos that night — proving to be the difference in the game.

Aside from up and coming younger players, junior guard Gabe Vincent and senior guard Eric Childress are still holding down the fort as reliable and seasoned veterans despite their combined score of 12 points in their most recent game.

Both the 49ers and the Gauchos have experienced a rough season so far, but as the conference has only begun, both teams are eager to gain better footing through another win tomorrow night. With talented players to watch on both sides of the court, the Long Beach-UCSB match up will not be one to miss.

The UCSB and LBSU tip-off is at 7:30 p.m. on Thursday, Jan. 19 in the Walter Pyramid Arena. The game will also be televised on Fox Sports West.
A version of this article appeared on page 6 of January 19, 2017’s print edition of the Daily Nexus.