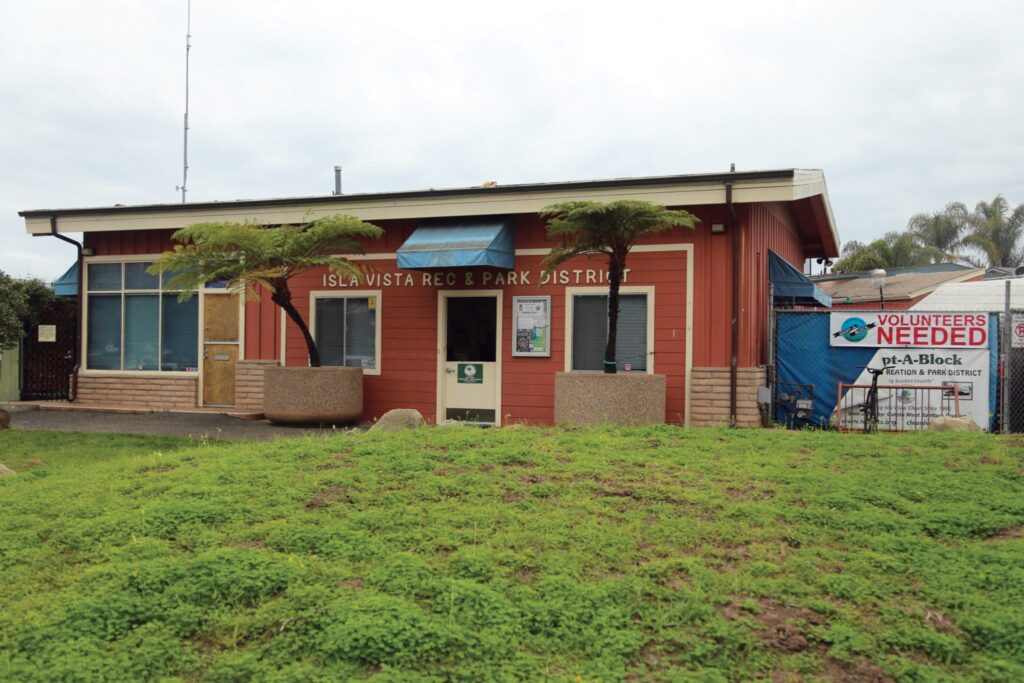 The special taxes could help pay for more park services, with at least 50 percent of the tax revenues directed toward capital improvements. Jenny Luo / Daily Nexus

Isla Vista residents will vote in May on a special tax to fund additional park services, county authorities confirmed Tuesday.

The Santa Barbara County Board of Supervisors approved a special election for May 9 with just one measure up for vote: a tax from the Isla Vista Recreation & Park District (IVRPD), the special district that maintains I.V.’s parks.

The proposed tax is $28.75 per household bedroom and 7.185 cents per square foot of commercial space per year. With approximately 8,377 bedrooms and 215,862 square feet of commercial space in Isla Vista, IVRPD officials estimate the special tax could add $256,348.43 in annual tax revenue.

If the measure passes, IVRPD will levy the tax for the next 10 years after June 2017. Registered voters will receive mail-in ballots 29 days before May 9, and the measure must attain a two-thirds majority to pass.

Rodney Gould, IVRPD general manager, said the additional special taxes could help pay for more park services, especially since the measure directs at least 50 percent of the tax revenue for capital improvements. He said IVRPD will then be able to address the “backlog of deferred maintenance” in I.V.’s parks.

IVRPD Board Chair Pegeen Soutar said she hopes the increase in funds could bring reclaimed water into I.V. through a contract with the Goleta West Sanitary District.

The Goleta Water District proposed in April 2015 to proportionally raise water rates by drought level. According to Soutar, this means a $30,000 water bill would increase to $60,000.

IVRPD officials also foresaw a decrease in tax revenue after the university purchased Tropicana Gardens in July 2015, an Isla Vista residence hall previously owned by a Chicago investor. UCSB is exempt from paying taxes for the property that it owns in I.V. due to state law.

Despite the decrease in tax revenue, however, the university reached an agreement in which it pays IVRPD the amount lost in tax revenue.

If the measure passes, Isla Vista property owners will be paying the same amount on property taxes as in the 2015-16 fiscal year.

As of now, property owners pay less on property taxes for the 2016-17 fiscal year because of a land ownership bond that ended in June 2016, paid back like a loan. IVRPD initially levied a property tax to purchase land in I.V., but it effectively paid off the bond in June 2016, and the tax is no longer implemented.

According to Soutar, the special tax is the same amount that property owners were paying to fund the bond. Thus, if the tax measure passes, property owners will see no change in their taxes from the previous fiscal year.

“They carefully crafted this,” said Joan Hartmann, the chair of the Santa Barbara County Board of Supervisors who consented to the special election. She suggested that because the tax rates are so similar, “this new tax is just a continuation of what people were already paying.”

Soutar said she originally wanted to put the special tax on the June 2016 ballot, but was unable to get it organized in time. She and other board members then intended to add the measure to the November ballot.

This plan soon came to a halt last summer, however, after organizers from Yes on E&F — the campaign which sought to establish a Community Services District (CSD) and a utility users tax in Isla Vista — asked the IVRPD board not to add the property tax to the November ballot.

Cameron Schunk, one of the Yes on E&F organizers, said they didn’t want to have two tax measures on the same ballot. This would have increased the likelihood of both measures failing, he said.

Paola Dela Cruz, IVRPD board vice chair, said, however, that organizers were being detrimental to the community engagement process in I.V.

“I thought that our conversations were already hurting relationships and were hurting our future engagement,” Dela Cruz said. “I was seeing, I think, some level of disrespect. I was seeing lack of collaboration.”

Soutar said Measure F (the utility users tax measure) and the IVRPD special tax could have both passed, but the board ultimately opted to postpone for a later date.

“IVRPD needs to be able to work with everybody,” she said. “I didn’t want the Park District to be the blame if [Measure] F failed.”

The IVRPD special tax did not appear on the November ballot. Measure F did not pass on Election Day.

Soutar told the Nexus on Tuesday that she foresees no opposition to the special tax, since the tax is no “additional burden” on property owners and since people are “partial to their parks.”

“Hopefully we can tailor this election to what’s strictly positive,” Soutar said.

? Yes – more taxes please. This should be up to the property owners to vote on, not students. Who even goes to the park in Isla Vista? What are we – five years old?

This tax is a burden the students will directly bear, as the landlords will increase rent.

lol forgot to change my name

“According to Soutar, the special tax is the same amount that property owners were paying to fund the bond. Thus, if the tax measure passes, property owners will see no change in their taxes from the previous fiscal year.”