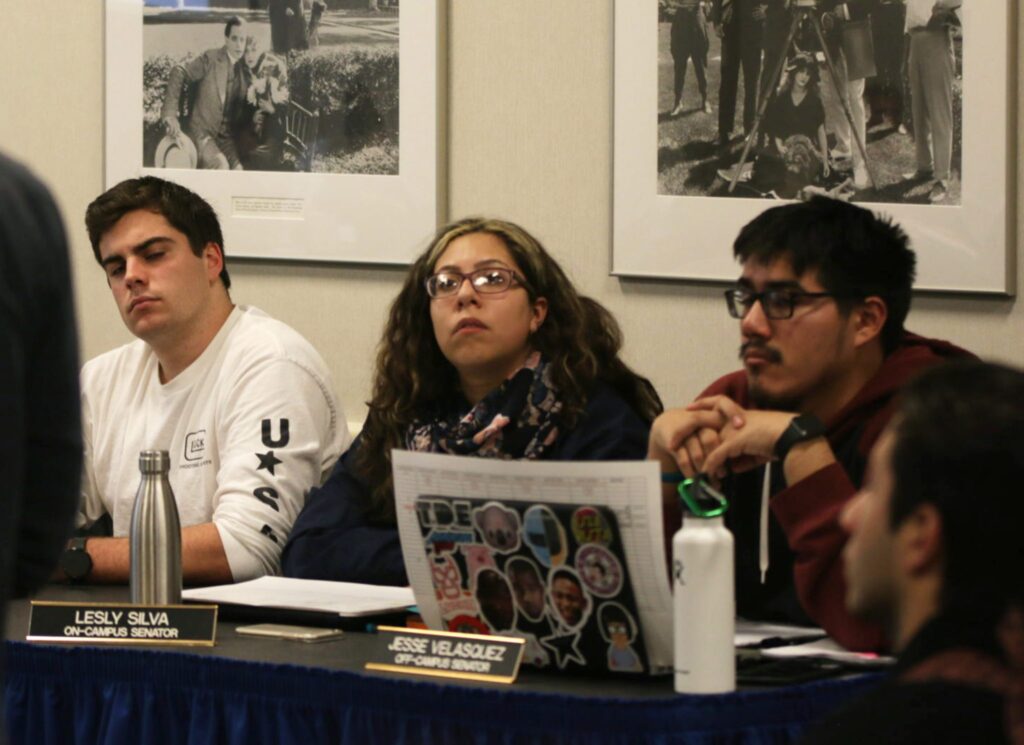 The Associated Students Senate passed a resolution to preserve the El Centro Arnulfo Casillas Activity Room Wednesday following concerns that the historic building would be demolished in 45 days.

The 40-year-old building is located behind the UCSB Library and is used as a gathering space for several cultural organizations, including El Congreso, Mujer, Students for Justice in Palestine and conglomerate Mesa Directiva.

Senators Lesly Silva and Jesse Velasquez authored the resolution and presented it at Wednesday’s A.S. Senate meeting. The resolution supports student groups who have pushed to preserve the building, asking that it be recognized as a cultural artifact.

“El Centro Arnulfo Casillas is an open space that can be used and is used by many groups from every race, religion, gender identity, ethnicity, socioeconomic background, status, and creed,” the resolution states.

The report lists insect infestation and dry rot on the building’s floor, rust and corrosion on supporting steel beams and lack of adequate ventilation beneath the trailer’s floor. It concludes that the building’s problems create an unsafe condition in case of an earthquake.

The building was categorized as a “severe” life risk per the UC Seismic Policy, Schmittgen said, and advised that the building be either improved or demolished in 45 days’ time. Administrators suggested that although the trailer would be difficult to preserve due to its 10-year lifespan, the building’s artwork could be relocated.

Over 50 students gathered in the El Centro annex the following Friday to negotiate other options with campus administration. Among those in attendance were Schmittgen, Vice Chancellor for Student Affairs Margaret Klawunn and Vice Chancellor of Campus Design and Facilities Marc Fisher.

Students listed several concerns, saying the 45-day evacuation timeline was restrictive, administrators had not maintained the building properly and the University could not remove students’ home-away-from-home.

Though UCSB received distinction and grant money as a Hispanic Serving Institution in 2016, the A.S. resolution states “the Hispanic and Latinx community has seen little to no return on this money that their communities have been promised.”

“It is clearly stated that ‘We, the UCSB Associated Students 67th Senate, represent and advocate for the undergraduate student body and strive to effectively address their concerns,’ and there is a clear argument that a large group of students who depend on this space want the 67th Senate to act upon their concerns and support them,” the resolution adds.

On Wednesday, the A.S. Senate passed the resolution without objection.

“At this point this has been an ongoing battle for about 45 years,” Senator Silva said. “The whole goal is to finally end this and make it a permanent space that isn’t being constantly threatened.”

Students will gather in the El Centro Arnulfo Casillas Activity Room for another meeting with administration on Friday at 3 p.m.

A version of this story appeared on p.3 of the Thursday, Jan. 19, 2017 print edition of the Daily Nexus.

Well hallelujah – we can all breathe easy tonight!

This is so silly. Why do people want to forever condemn the Hispanic/ Latinx community to such a decrepit meeting space?

Nexus. Please. For the second time, Marc Fisher is the vice chancellor, not the campus architect.