The Daily Nexus
UC News
Salvaty To Be Title IX Coordinator
January 19, 2017 at 5:00 am by Jose Ochoa 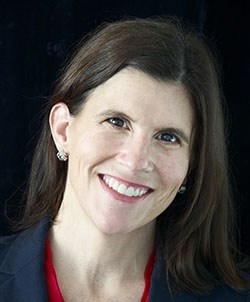 Kathleen Salvaty will be appointed the new system-wide Title IX coordinator for the University of California, the UC Office of the President announced last Thursday.

The UCOP released a statement on Jan. 12 saying Salvaty, who currently works as Title IX Coordinator for UCLA, will fill the position on Feb. 6.

Salvaty worked as an attorney for 15 years and is licensed to practice law in California and New York. She emphasized that her appointment will focus on creating a transparent system to address Title IX reports.

She and UC President Janet Napolitano will be working together closely, according to a press release from the UCOP.

In an interview with the Nexus, Salvaty said, “I think that the president’s recommendations, those that she’s adopted, are right on … I think we share the same goal, which is to improve accountability and fairness and transparency.”

The recommendations, which are available on the UC website and are approved by UC President Napolitano, outline plans to make examining Title IX cases uniform.

The document lists the creation of a proper investigation method for matters of sexual violence and sexual harassment. It states that Title IX will create “clear time frames” so that investigations take no longer than three months and adjudication takes no longer than two months unless there are “exceptional circumstances.”

In reference to the implementation of uniform Title IX procedures, Salvaty acknowledged that the challenge in creating consistent processes will be respecting the unique qualities of each campus.

“I think the consistent challenge, certainly in the context of our students, is trying to implement a fair process that all the students understand, that they feel comfortable accessing if that’s their choice,” Salvaty said.

The UC’s recommendations insist on uniform procedures for handling Title IX cases, which Salvaty said are meant to create an equitable way of handling cases.

“We are one system, we are one UC, and certainly the president and I would want all our students to experience the most fair process that we can build,” Salvaty said.

“A key to that would be that that process looks the same on every campus,” she added. “It wouldn’t be fair if a student at UC San Diego experienced the Title IX process totally different than a student at Santa Cruz.”

As a new presidency brings changes to federal administration, there is uncertainty whether the Obama administration’s interpretation of Title IX will be upheld. The current standard relies on the relatively lenient “preponderance of evidence,” 50.1 percent chance that the accused is responsible.

In response to these changes, Salvaty says that the “obligation to take care of our students remains,” regardless of new administration.

“I think we all agree that no one wants their students experiencing sexual violence. The question is: How do we build a fair process where we can ensure that we’re taking care of all of our students?” she said. “I don’t see the incoming administration changing … that fundamental obligation that the universities have.”

She seems like an awful choice. No respect for due process! Helped implement the “single investigator” model at UCLA – I doubt she’d want to be tried under such an unfair system. I’m sick of people in positions of power willfully ignoring the due process crisis that is unfolding on our campuses.