The Daily Nexus
News
Library Website Gets First Facelift in 5 Years
January 19, 2017 at 5:00 am by Allison Garfield 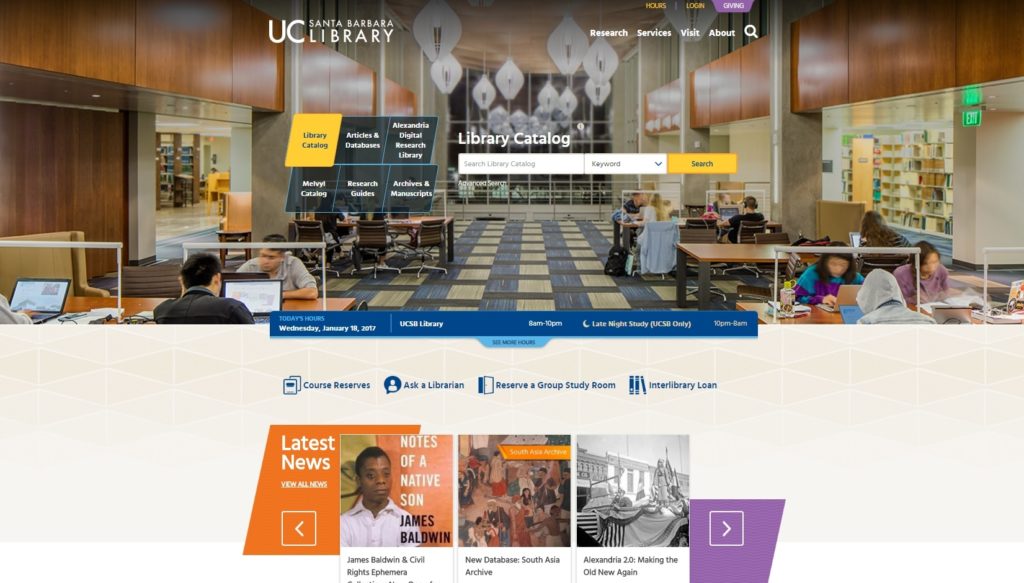 The changes to the library’s website aren’t just for purely aesthetic reasons. The new design is more simple and straightforward, and it will allow for easy navigation of the library’s database and its material.

The UCSB Library website got a major remodel at the beginning of Winter Quarter, updating its outdated homepage with an accessible new look.

It is the first redesign of the site in more than five years. The new appearance is intended to reflect elements of the UCSB Library’s physical renovation and mirror its status at a competitive research university.

Marcos Aguilar, the reference and information supervisor at the library, said the transition is based on creating a new online database system and improving the availability of library materials for students and faculty.

The new online database is a catalog software update that was outsourced through a software company. This update provides a simple navigational structure and reduces the number of pages required for users to find specific research materials.

“The main motivation has to do with material circulation,” Aguilar said. “Right now, the catalog looks the same as it did before. The homepage is sleeker and more visually stimulating, though.”

The reason for the redesign was not only to modernize the website but to make click-thru links smoother and add mobile-friendliness. The library is currently installing the catalog update and should complete it by the next school year.

According to the Library’s website, the new catalog takes advantage of “increased database-driven functionality to minimize duplicate content.”

The website revamp is the result of a “thoughtful review process” that involved conducting user testing, collecting survey data and website analytics over many years. 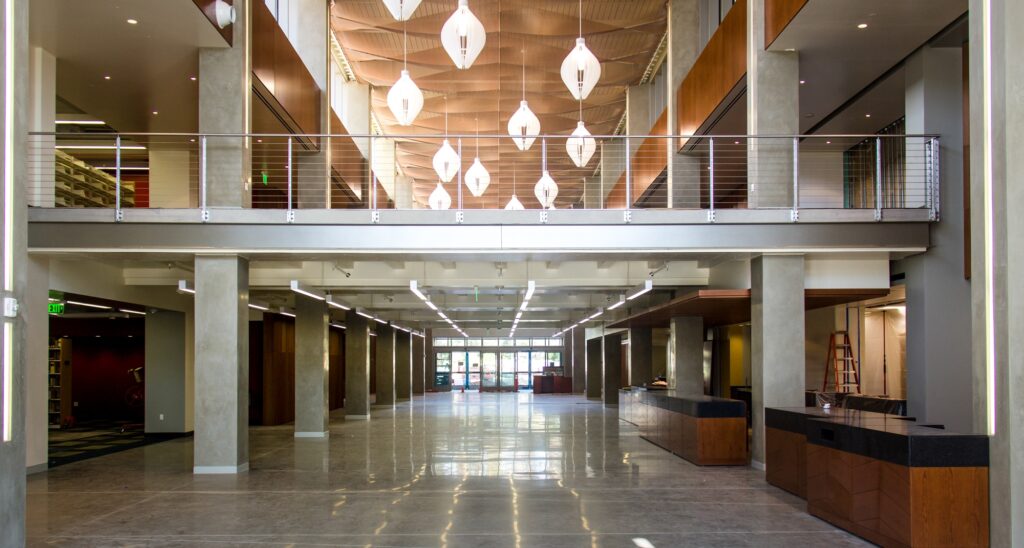 The UCSB Library debuted its new face in January 2016 after several years of construction. The original Davidson Library was built in 1954, and it was intended to be the geographical center of the UCSB campus.

Since the building’s reconstruction, the university has also hired staff members to push the facility into a new era of technology.  This summer, Thomas Padilla came onboard as the first ever humanities data curator in the UC system. Padilla works with humanities departments which can vary in data usage from traditional S.T.E.M. fields.

New Mac computers also made their debut in the Learning Commons earlier this summer, which are now the only Mac computers available on campus for general student use.

Funding for the computers came from the library’s budget, mostly made up of state money and private donations. The library also plans to use $30,000 to $40,000 from the Class of 2016 senior class gift to install additional technology.

A version of this story appeared on p.4 of the Thursday, Jan. 19, 2017 print edition of the Daily Nexus.