Any old team can win a game, but it takes a good team to be able to rebound and win a game after a tough loss. On Friday, the UCSB men’s volleyball team will attempt to bounce back when it takes on UC San Diego right on the heels of a tough loss to UC Irvine on Wednesday.

The No. 12 Gauchos had a major chance to make a statement in Wednesday’s game against the NO. 7 Anteaters, and even held a two sets to one lead at one point, but they were unable to seal the deal. It was the first loss of the season for UCSB, which had absolutely steamrolled its competition in its first three games of the season. 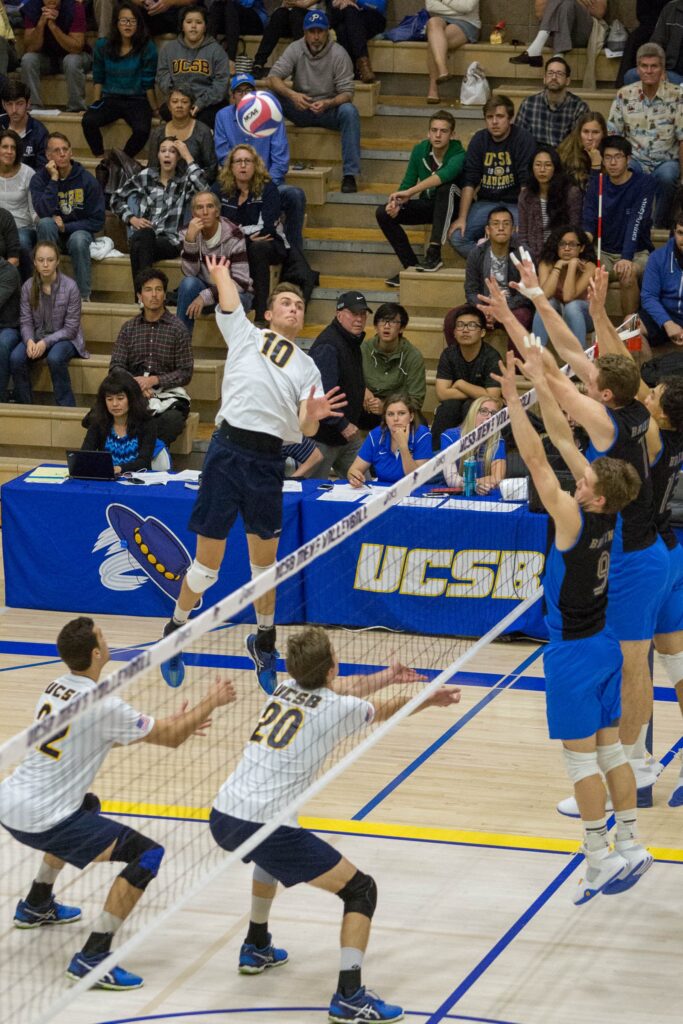 Now, sitting at 3-1 and still smarting from that first taste of adversity, the Gauchos must rally and rebound against an 0-2 UC San Diego team looking for some sort of respite from adversity.

The Tritons did start their year off with a strong 3-0 victory over the University of Manitoba in an international exhibition game, but things haven’t gone quite as well in the games that count. UC Irvine trampled UCSD earlier in the month, while Grand Canyon came in to San Diego and left with a 3-1 win.

Those two losses came despite the best efforts of freshman Devin Pontigon, who led his team in kills both matches, and has posted a sterling 3.86 points per set so far this year. Pontigon will be the focus of much of the Gauchos’ defense on Friday, although upperclassmen Ian Colbert (a senior with a team-high three aces) and Tanner Syftestad (a junior who’s second on the team with 12 kills) will attract some serious attention as well.

Junior setter Milosh Stojcic has done an excellent job in setting up the Triton offense in UCSD’s first two games, posting 63 assists at a sturdy clip of nine assists per set.

UCSB’s Casey McGarry isn’t too far behind Stojcic in that department. The freshman has 8.50 assists per set of his own, and a team-high 119 assists. Toss in fellow freshman Randy DeWeese, averaging seven assists per set himself, and the Gauchos have a young setter stew going.

Both McGarry and DeWeese will be crucial to the rebound effort on Friday. UCSB’s big hitters, including redshirt senior Jacob Delson, junior Hayden Boehle and redshirt sophomore Henri Cherry, are all reliant on their setters to keep the offense flowing and the Gauchos winning.

Delson holds a commanding lead in the UCSB kills department with 68, 22 more than Boehle, his closest teammate. Delson’s doing it at a better rate than even Pontigon is for UCSD, racking up 4.25 kills per set in four games.

If UCSB wants to rebound from Wednesday’s tough loss, it’s going to need strong performances from everybody on the offensive chain. The Gauchos proved they can hang with some of the highest ranked teams in the nation on Wednesday, but now they need to show that they can take a defeat from one of those teams and keep on ticking.