The Daily Nexus
Opinion
When the Clock Strikes Twelve
December 28, 2016 at 5:00 am by Allie Lebos 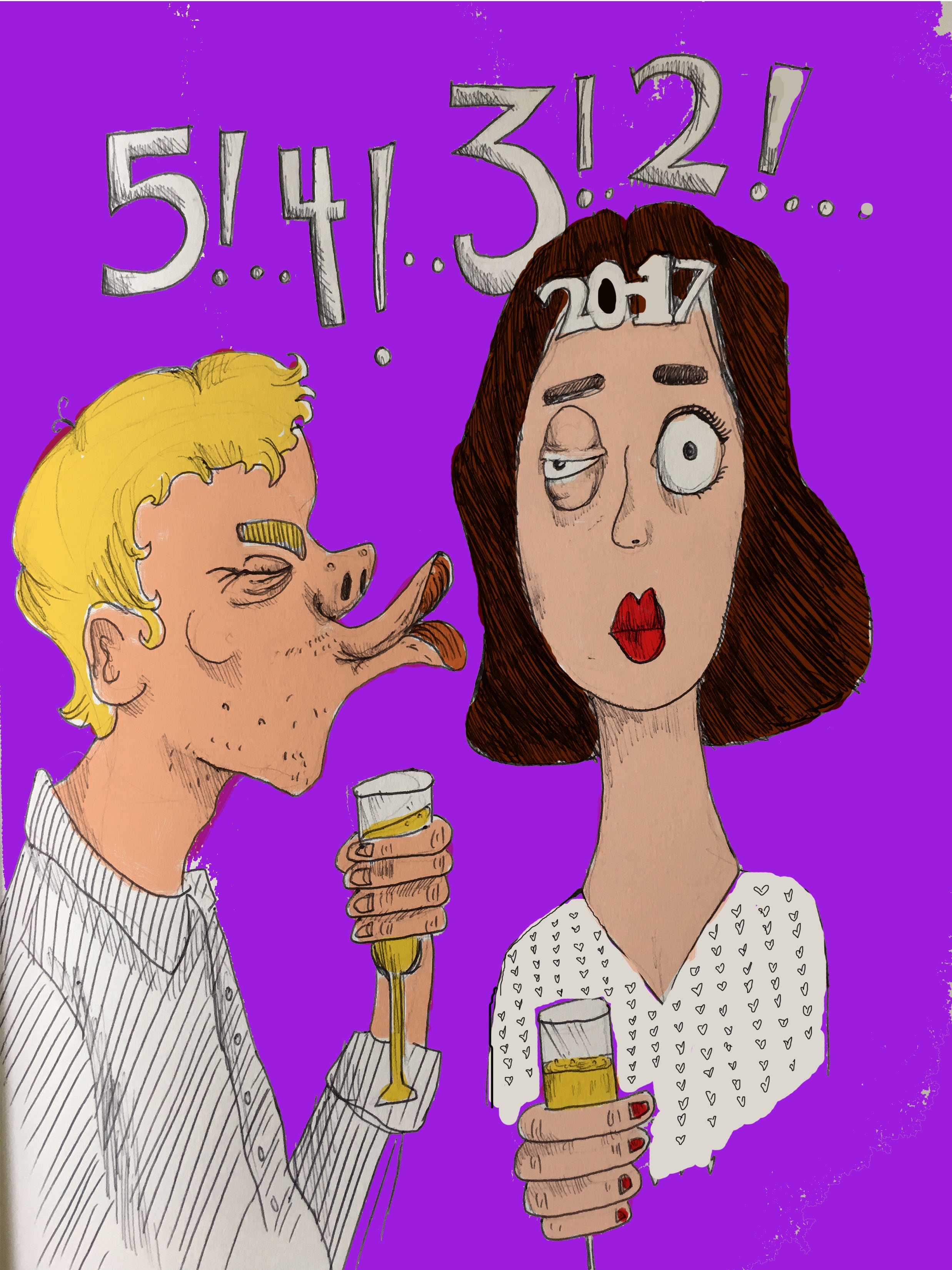 The holiday season can be an interesting and stressful time for singles. It is a time when sentiment and emotion fill the air. Whether you’re a Scrooge who thinks the holiday season is just one big marketing scheme or a Christmas fanatic who puts their tree up in October, I think it’s safe to say this time of year causes a lot of us to reminisce and reflect.

Sometimes, being single during a time of so much love and connection can lead to feelings of loneliness or fear. It’s pretty much impossible to escape the constant romance and adoration filling every street corner, movie and song. On top of that, it’s cuddle weather 24/7. Getting through December can be rough for many, but nothing comes close to the stress of facing the dreaded New Year’s Kiss.

I’m not sure who came up with idea of a New Year’s Kiss, but it’s never been one of my favorite holiday traditions. Don’t get me wrong; I think the concept of it is great. It’s meant to be nothing more than a positive and light-hearted way to kick off a fresh start. In fact, New Year’s Eve is probably my favorite night of the entire year. I just hate the pressure that comes with wondering if you’ll be getting that kiss at midnight. Unless you’re in a committed relationship and spending the evening with that person, you don’t really know what your night is going to hold.

Unless you’re in a committed relationship and spending the evening with that person, you don’t really know what your night is going to hold.

For some people, that’s part of the fun; not knowing with whom or how you’re going to jump into the next 365 days. I’ve definitely had years in which I went into the night with that mentality and I came out the next day feeling like my year started off on a pretty good note.

As the clock ticks closer to 12, it can be pretty comical to watch others search the room aimlessly for a potential comrade. If you haven’t locked one down by 11:50 p.m., you might be in some trouble. As the bar begins to shout “10, 9, 8, 7…” humans of all kinds come together to share that special and sometimes awkward midnight moment.

If you aren’t one of the lucky ones who found their Midnight McDreamy, you can settle for kissing one of your friends, or perhaps finding a fellow last-minute loner. Considering the fact that I’ve never been in a relationship on New Year’s Eve, these have always been my go-to tactics, and they seem to have worked out decently. Plus, any time I felt that twinge of disappointment, I would tell myself: There’s always next year.

However, this year, I feel a little differently about getting that kiss at midnight. This year, I don’t really have any desire to enter into 2017 with some meaningless, drunk kiss. As cliché as it sounds, the New Year can truly mean a new chapter. For some of us, it can be the motivation we need to make real and difficult changes in our lives. It can be what inspires us to work toward being the best versions of ourselves. Maybe some years, you’re really meant to celebrate your fresh start with just you, and not a stranger in a bar.

If you aren’t one of the lucky ones who found their Midnight McDreamy, you can settle for kissing one of your friends, or perhaps finding a fellow last-minute loner.

While strangers in bars can be fun, they can’t come close to giving you the joy you can give yourself. They also can’t replace the void that’s been left by the person you wish you were kissing at midnight. If you’re one of those people who aren’t just dealing with being single on New Year’s, but also with being heartbroken, it can be a double dose of hurt. It’s pretty much impossible not to wonder who they’ll be kissing when the clock strikes 12, and you know you’ll be wishing it were you.

All in all, some years we actually do get that movie-moment kiss and fantasize about what the next 365 days may hold. Other years we end the night by tucking ourselves in bed, reminiscing on the 365 days that just passed. This year, I know that no matter what 2017 may bring, I have myself to face it with. Being secure and confident in yourself is one of the most difficult yet important lessons we are forced to learn as humans.

Giving love and acceptance toward ourselves means we know who we are and what we stand for, regardless of mistakes or faults we may posses. It means you don’t need anyone other than yourself to feel validated and valued.

Not getting that kiss at midnight doesn’t matter because you started your year off with someone who can never be replaced: you.