Disney has always followed a precise formula for their most popular animated movies. After trying to break new ground with some of their past films, Disney has finally started to return to this formula with their newer releases, the latest of which is “Moana.”

The film contains most of the tropes one would expect from a Disney movie, with only a few minor alterations. With the exception of a couple modern and self-referential jokes, most of the humor is contained and doesn’t drastically deviate from the tone or setting of the film, as it seems that Disney cares more about immersing audience members into the culture portrayed in the film. 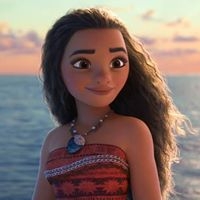 One of the major components “Moana” doesn’t have is a villain. Even with this potential loss, there are various creatures Moana and Maui face, which act as a replacement and are more understandable in context of how they are used in the story.

One component that “Moana” accomplishes out of all the Disney movies is having some of the best balancing of seriousness and humor. While the story itself is strong, the animation is the reason why the film elevates itself from such a stale formula. The animation is vibrant and varying in colors used for the different scenes.

The focus of the film is mostly on Moana and Maui, with other characters coming in for brief moments of time. Moana is strong-willed and cares for her people, willing to take any risk she can when setting out on the open sea. Her internal conflict with whether or not she is the right person to embark on this voyage slightly justifies some of the slow pacing caused by the cliche used in the third act. Maui is the typical selfish character changed by the quest he takes with Moana.

The pair follow the “hero’s journey” story without ever going through any noticeable changes in the end. Despite Moana and Maui fitting into known archetypes amongst other small problems, the voice acting and character animation for them is honestly what made me enjoy them way more than I thought.

“In the Heights” creator Lin-Manuel Miranda helmed the music for “Moana,” from including authentic Polynesian language to paying tribute to David Bowie. These songs help look into the character’s mentality or tell the story in musical form.

At the very best, the songs can sweep audience members into the scene, sending chills down their spine with the bombastic instrumentals and vocals. “How Far I’ll Go” competes with “We Know the Way” as the best song of the film. This song is a more tame, slower version of “Let it Go,” that might rival it in regards to its quality.

Unfortunately, most of the best songs are used in the beginning of the film leaving nothing as catchy by the end. But, even the songs that are not as good are still infectious in their own right. They just don’t have as big of a purpose in the film, fit with the tone of the film or aren’t as memorable.

People have been claiming that Disney is possibly entering a second renaissance after the critical and financial failure of their films in the early 2000s, and “Moana” is another film that reinforces this idea.

While the film “Frozen” was merely a new reinterpretation of this same Disney formula, “Moana” is a vastly compelling execution of this story. While there were stereotypical plot points or characters, the film helped brighten up the plot with beautiful animation and fresh music.

Overall, “Moana” may have been another retread of an established, yet familiar, formula. In all honesty, isn’t that why we were excited for this film in the first place?