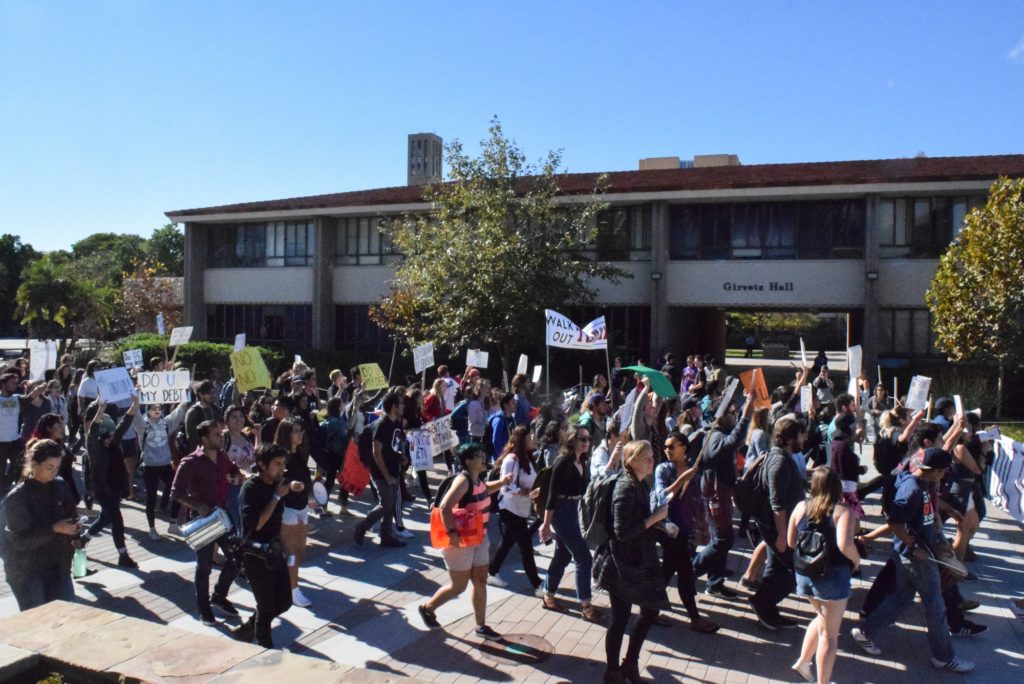 In 2015, students staged walkouts throughout the University of California to protest a proposed 5 percent hike in tuition over five years. The UC Regents responded by ultimately freezing tuition costs for two years.

With an end to the freeze quickly approaching, students have dusted off their banners to again bargain against rising tuition rates. The first tuition increase is expected to be 2.5 percent of UC tuition, approximately $300 for the 2017-18 school year.

Members of the UCSB Student Activist Network called on students to walk out of class and assemble in front of Storke Tower Monday, passing out signs saying, “Hikes are for trails NOT tuition” and “You are not a-loan” as students assembled. 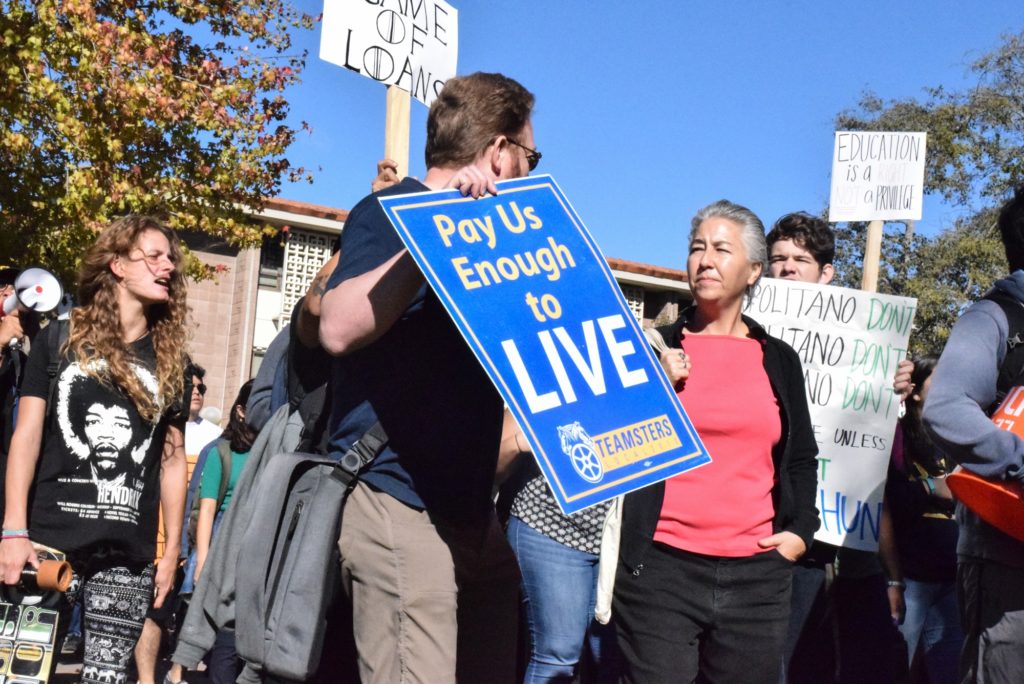 “It is outrageous that … UCSB students are forced to squeeze a four-year education into three years,” Katia McClain, a representative the UC American Federation of Teachers union, said to the gathered crowd.

She said students are missing out on many “enriching” experiences as a result, and budget cuts have also hurt UCSB staff by shifting resources away from workers that “directly serve the students.”

She urged the UC Regents to “uphold their obligation” to the California Master Plan of 1960, which said “state colleges and the University of California shall be tuition free to all residents of the state.” The plan, however, also said students must take responsibility for all ancillary services such as housing, feeding and parking.

Walk out concludes with unity clap beneath Storke Tower. pic.twitter.com/IjE3jjOS19

Veronica Mandujano, an organizer of the walkout and a fourth-year black studies and chicano studies double major, said it is imperative for students to organize against tuition hikes so that the Student Regents can use the protests as “leverage.”

“We’re hoping if we have a strong turnout here, and at every other UC, that will provide a lot more for them to put on the table and say ‘Look how many students came out,’” she said.

“[There’s] no better fucking time to make sure these communities have access to these schools than right now,” Michael Kile, another organizer, said about undocumented immigrant communities.

Following speeches by Mandujano, McClain and many others, protesters marched through North and South Hall to arrive at Campbell Hall as students were ending class, chanting: “Education is a right; in debt you bet,” “They say cut back, we say fuck that” and “UC, step off it; the people over profit.”

Ralph Armbruster-Sandoval, a professor in Chicano Studies at UCSB, cited the hikes in tuition as a “systematic attack on public education,” and said he would ask the Faculty Association to pass a resolution in support of reduced tuition.