We all want to grow up as fast as we can, finish high school and attend college in another city, away from our parents. Well, I went a little too far and decided to attend college in an entirely different continent. When I declared to my friends I was shifting to America for higher studies, it gave rise to a lot of tears and “I will miss you” conversations. However, the most exciting thing all my friends cared about was the fact that I would get to be with American guys. In India, girls grow up watching American guys like George Clooney, Channing Tatum, Brad Pitt, etc. and form this image in their minds that men in America are more well-dressed and courteous. What happens then? Then, you come to America and you realize it was just an illusion.

All you see are American guys dressed in a pair of shorts and T-shirts loose enough to fit two people, or sometimes if they are too lazy they don’t even wear one. I thought maybe they dress like this because it’s too hot, since it was summer when I moved to California. It turns out summer has nothing to do with the way they choose to dress because it is November now and it is quite cold, yet nothing has changed. I came to terms with it very soon and feel it’s okay if they are unattractively dressed; I am sure they are courteous. I.V. parties proved me wrong. You are standing with your friends and trying to have a good time when out of nowhere a guy will start dancing behind you hoping you will grind on him. Well, guess what? Indian parties have still not discovered grinding. Like every other thing, it first came to America, and it will take some time before it reaches India.

When you come to America, the rules of dating and relationships are reversed. Sex comes before anything else does. You need to know a person for an hour or less, and you’re eligible to have sex with that person.

In India, it is easier to find someone who wants a serious relationship than it is to find someone who wants a casual fling. It takes months and sometimes even years for a relationship to lead to sex. I know people who have been together for three years but still haven’t had a sexual relationship. When you come to America, the rules of dating and relationships are reversed. Sex comes before anything else does. You need to know a person for an hour or less, and you’re eligible to have sex with that person. America made the distinction between sex and making love very clear to me.You can see people openly making out in front of everyone. Coming from a country that censors sexual scenes from movies and TV shows, it is quite surprising to see such a sight. I guess this is what they call culture shock.

Culture shock is something I can deal with. What I cannot deal with are the raccoons. I had never seen or heard of a raccoon until I came to Santa Barbara. The first time I saw a raccoon I almost suffered from a mini heart attack. While I try my best to avoid seeing raccoons, I see Americans taking pictures of them and videotaping them and calling them cute names. Why Americans find raccoons cute is beyond me. I am more scared of seeing a raccoon than I am afraid of seeing a ghost at night. 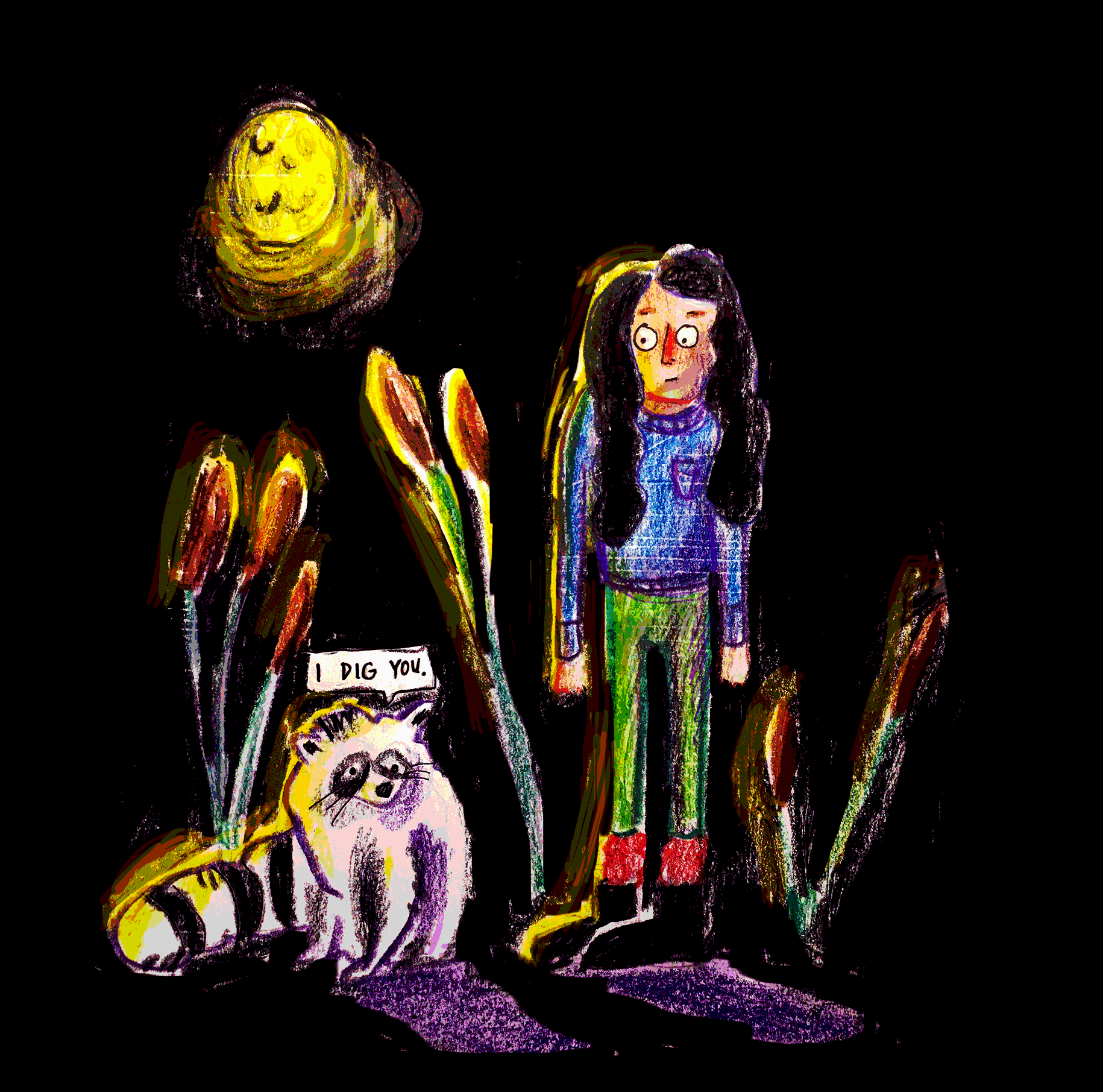 Not only is it difficult to understand the American obsession with raccoons, it is also difficult to comprehend the weird slangs that exist in America. When I first met my roommate and asked her if she wanted to get dinner together, she replied by saying, “ I’m down.” Now, I come from a culture wherein you say you are “down” if you are down with a sickness or down with your period. So when my roommate told me she was down, I naturally felt sorry for her and took that as a no. But when she texted me saying she was on her way to the dining hall, I felt a certain amount of affection emerge in me because I felt that my poor sick roommate didn’t want to miss the chance to get dinner with me.

It took me a while to understand that when people say they are “down” they mean they are ready. Over the last three months, I have come across many amusing and unusual slangs. For example, high-key, low-key (God knows how people invented that), lit, dig, hella, plastered, etc. To be honest, “I dig you” doesn’t sound as romantic as you might think it does.

While I have experienced strange things, I have also realized how friendly Americans are. Everyone is so excited to say hi to you and everyone wants to know how you are doing. Although the transition from India to America has been hard, it has also been very exciting.

Urjaa Singh looks forward to learning more about this country and hopes it continues to amuse her.

This article was very concise and humorous and I hope you continue to document your observations of life in America.

such a cute article and interesting read