The Daily Nexus
Previews: What's Going On
The Orwells Set to Rock Velvet Jones this Saturday
November 17, 2016 at 1:15 pm by Sean Edwards 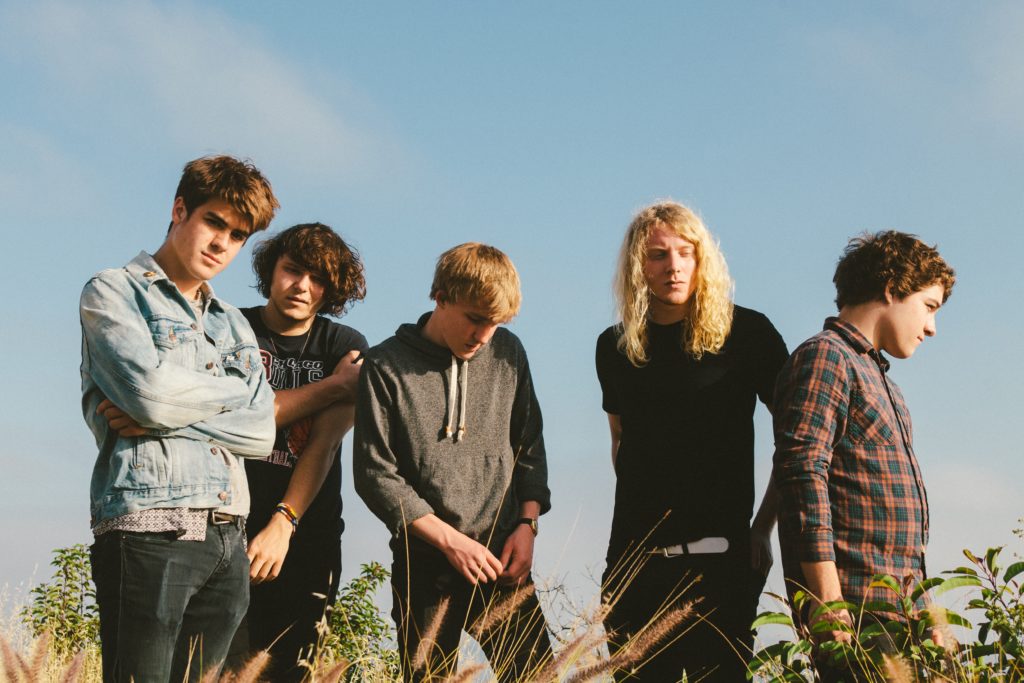 On Saturday, Nov. 19, Velvet Jones is hosting The Orwells and Santa Barbara’s own Dante Elephante. The two bands are stopping in Santa Barbara on their collective tour of the West Coast.

Illinois natives The Orwells are notorious for fast paced rock n’ roll and an insane stage presence. The band is comprised of Mario Cuomo on vocals, Dominic Corso and Matt O’Keene on guitars, Grant Brinner on bass and his twin brother Henry on drums. The Orwells released their debut album Remember When on Autumn Tone Records to critical acclaim, earning them a slot at Lollapalooza and on the Late Show with David Letterman. The Orwells have an in-your-face, loud and distorted sound paired with angsty and arrogant lyrics. Their authenticity is refreshing. It’s raw, emotional and completely uninterested in what you think; The Orwells strike a similar sound to Suicidal Tendencies, who were newcomers on the punk scene 30 years ago. They connect to the youth because they are young, and neither on purpose or on accident, their music matches the disinterested, dissatisfied and bored sentiments of teenage life in middle America.

The powerful music comes with a live performance to match, with Mario Cuomo habitually tearing off all his clothes in Iggy Pop fashion. Imperfection is The Orwells’ comfort zone, and no live performance is exactly as recorded. The Orwells are consistently off the wall, but behind the leather-clad punks there is immense musical talent that has vaulted the band from high school garage band to staples of the rock n’ roll scene. They are an indispensable part of the conversation, and are sure to shock us this Saturday. They are currently on tour, playing their way down the coast and ending at The Smell in Los Angeles at the end of the month.

Supporting the Orwells on the North American leg of their tour is Dante Elephante, local surf rockers from UCSB. Theirs is a darker take on classic Southern California surf rock which has placed them at the forefront of the new class of indie groups. They have landed on L.A.-based indie rock label Lollipop Records, working with big-name collaborators such as Jonathan Rado of Foxygen. Drawing on their roots in Santa Barbara and personal experiences  to create an inviting upbeat sound with a lo-fi vibe, Dante Elephante dares you to look beneath the surface of the ideal Southern California lifestyle. Ruben Zarate and Kevin Boutin on guitar create consistently interesting riffs and chilling vocals that portray a culture rife with drug abuse and hard lessons, while Tommy Devoy on drums and Johnny Lopez on bass hold the sound together with fast-paced beats complimented by Erich Tomkinson’s synths. All together, the band creates a sound that stands out and resonates with those who have grown up in beach communities up and down the California coast. Dante Elephante started at UCSB but has climbed out of the college band persona and proven to be more than a drunken Isla Vista night in your buddies’ garage. They are turning into an artistic force; the future looks bright.

This Saturday at Velvet Jones will be an insane combination of screaming, moshing, stage dives, nudity and powerful music. These talented young musicians take the stage at 8:30 p.m., with the potential of a beautifully mad rock n’ roll show.