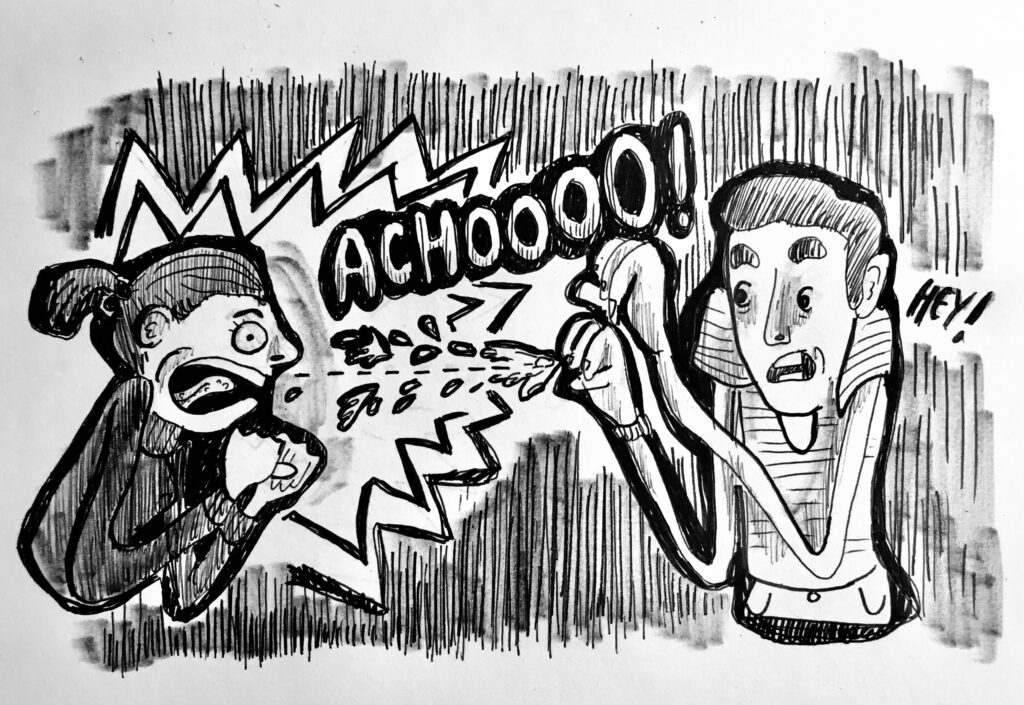 The Resident Hall Association has launched an extensive investigation as to why all freshmen dorms succumb entirely to the common cold year after year. Several interviews and scientific studies are underway as part of the investigation.

“It’s like being in a gang, man. When one of us gets sick, the whole building gets sick. It’s a way of life,” said one freshmen on the street, who was trying to get into a party at a fraternity house to no avail.

“I’ve spent the better part of my life studying epidemiology, but I’ve always been aware of one fact: There is no greater disease vector than a freshman dorm,” commented Jazz Mona, a CDC representative who asked to have her name left out of this story.

Today, the pieces came together, and the origin of the problem was discovered.

Sunday morning, campus police apprehended Garth Dash, a first-year philosophy major and the prime suspect in the ongoing investigation into why exactly everyone in Santa Catalina gets sick at the same time.

“It’s like being in a gang, man. When one of us gets sick, the whole building gets sick. It’s a way of life.”

He became a person of interest in the case after eyewitnesses saw him coughing into his hand rather than his sleeve or elbow, and then using said hand to open a door. Other accounts report seeing him pass by various hand sanitizer machines and scoffing in their direction. The mistake that gave him away, however, was when he picked up a fork out of the silverware bin in Portola and then put back said fork. This offense triggered immediate action from on-site campus officers.

When interviewed later that day, Dash admitted he had been intentionally taking nefarious action to spread the flu.

“Wait, this is about the fork thing? I get that it’s something not cool to do, but I just touched a fork for a second! It was bent, so I put it back!” stated Dash during questioning before he was restrained to stop his rampage.

As the news broke about Dash’s crimes, a dangerous phenomenon started to spread. Witnesses report sick students all over campus are seeking out people they don’t like and coughing or sneezing on them. When approached, those spreading contagions all over the dorms claimed ignorance and insisted they were “just sick.” It’s unclear how morally sick these perpetrators may be.

The trial for Dash’s offenses is scheduled for next week, and he faces the harshest sentence of the UCSB judicial system: 30 hours of manual tortilla foraging in Harder Stadium.

More to come on this story as it progresses.

Clayton Alexander is a third-year economics and accounting major who denies weaponizing his sneezes in lecture to lower the curve.