The Daily Nexus
News
Male Student Transported to Hospital After Falling From Bike
November 15, 2016 at 2:25 pm by Supriya Yelimeli and Anjalie Tandon 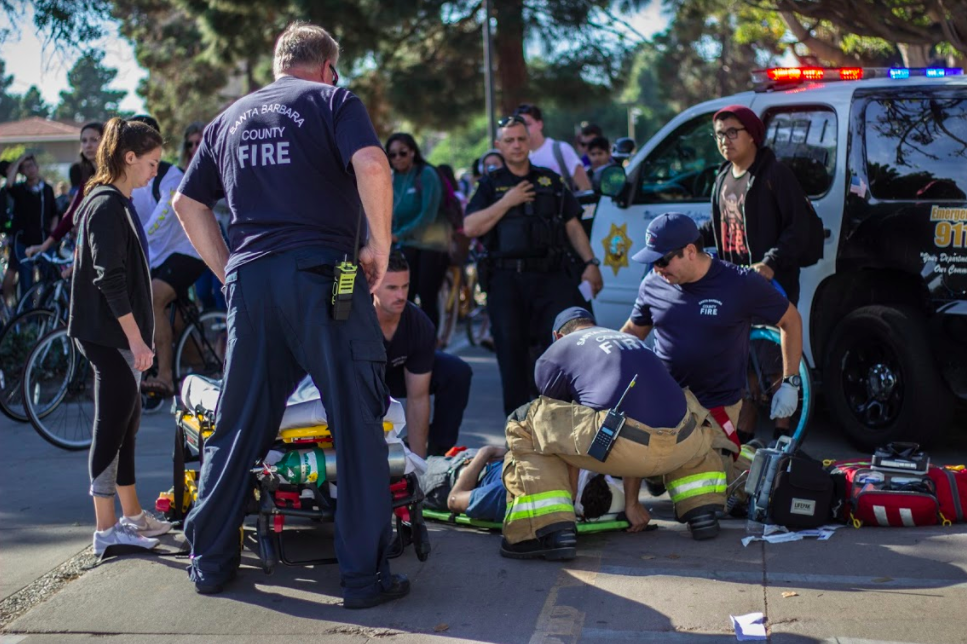 A male student was transported to the hospital Tuesday after falling off of his bike next to Girvetz Hall and hitting his head on the ground.

One ambulance, one fire engine and a University Police Department vehicle responded to the accident at approximately 1:33 p.m.

The student was bleeding from his head and emergency personnel placed his head in a bandage and a neck brace. He was still conscious when he was placed on a stretcher and carried into the ambulance.

“Sounds like he locked up on the brakes and went over,” a UCPD officer said. “He wasn’t hit.”

Before the ambulance arrived, the student was on his back while passersby gathered around him to determine his condition.

Emergency personnel washed blood off the pavement shortly after the student was transported to the hospital.

Correction: Only one ambulance responded to the accident. The other two vehicles were a fire engine and UCPD vehicle.

When you ride like you’re in a toboggan, you hit yo’ noggin’.