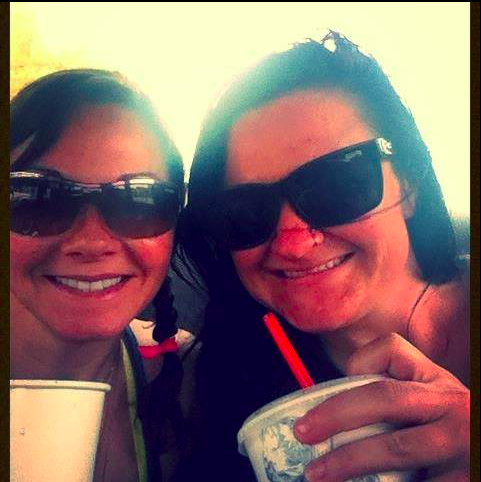 Daily Nexus: So first off, where and what did you study?

Allyson: For my Masters, I went to the University of Kent in Brussels, Belgium where I studied international law and my thesis was on the legalization of prostitution in Thailand, which has since opened [the] door to my real passion, which is sex education and advocating for sex workers.

My undergrad was at George Mason in Fairfax, Virginia, where I studied government international politics. I was able to study abroad a few times, and although that made it clear that I did not want to be involved in politics, it was really interesting to learn about how politics play out on a global scale.

DN: That’s very interesting! Why the legalization of prostitution in Thailand? What made you interested in advocating for sex workers’ rights?

Allyson: I have always been interested in women’s rights in general; one, because I want to be a powerful woman and I have come across a lot of inequality, but going overseas it’s like, whoa, eye-opening. We have gender inequality here in not-so-obvious ways, but in other countries it is a cultural learning; it is “you are a woman, you have a vagina, you do not get paid as much, you do not get jobs.” It is a totally different ballgame. Just seeing people live in that kind of inequality was very impactful.

I went to Thailand and I went to a sex show. I accidentally went to an illegal one — although it is legal in places like the red-lamp district — but in a lot of places it is still illegal, and I think it is an atrocity that we are still telling women what they can or cannot do with their bodies.

I am 100 percent against human trafficking or coercion in any way and I in no way feel that the way the sex industry operates right now is okay, but I do think that, one, it does not need to look the way it does, and two, it is none of your business if I want to get paid for sex. It is no one’s business. In other countries where you do not have another choice because you cannot get a job because you are a woman and you need to feed your family and that’s a way you know you can do it, you should be able to do that in a safe way.

Of course I would not want people to enter sex work out of necessity or need, but that can be the case. We allow people to enter other professions that are terrible for their bodies and they will die quickly no questions asked. Coal miners, pretty much anyone who does outside work in countries in places like the Middle East: [They] do not survive very long. Personally, I would much rather do sex work than work in a desert in 130-degree heat for 12 hours a day and make pennies. It is about choice and we should not choose for other people. There is so much to say about this!

DN: What is something you will never forget about college?

Allyson: My college experience was different than most; I took two years off to do mission work (a different time in my life). I did one year at community college but was able to finish two years’ worth of work in that time. Then I moved to the East Coast from California and probably the biggest thing that stuck with me was learning how to think critically. That is my boring thing, but a more fun thing is that I had the opportunity to study abroad and it was my first non-U.S.-focused education. To hear the way another country talks about the United States or a certain prominent policy from their perspective has a very different bend to it. They aren’t trying to make it sound a certain way, they just explain it the way they perceive it. That was my first eye-opening experience to realize, “Oh my gosh, not everyone thinks the way we do.”

DN: You have travelled a lot. What are some of the countries that you have been to?

Allyson: I have studied in Spain, Turkey, Greece, in Brussels. I lived in Kuwait for two years, and in Brussels for one. This summer I went on a trip with my sister and Fiji was my 40th country.

Ally: It has been a very cool experience; from a young age I knew I wanted to travel and explore. I wanted to know what people were doing in other places, who is eating what food, what do their parties look like over there. I just wanted to see things; thankfully I had very supportive parents and I feel like I had the opportunity to experience so many unique things.

DN: Which was your favorite country to travel to?

Allyson: Probably Greece is one of the countries that filled a certain idea I had for it. Athens in particular was not as pretty as I expected; it was crowded and dirty, but the food was incredible, the people were incredible, seeing the Parthenon … like, you’re sitting in this little coffee shop and the Parthenon is up there and it’s just gorgeous and you know it’s like a couple hundred years old. It’s incredible to live next to a piece of history.

DN: What led you to UCSB?

Allyson: The environment: They care. The thing is that I worked here as an Assistant Residential Director for two years before I moved to Kuwait for three years. Then I came back here to job-search and the University offered me a temporary job position and I said, “Why not?” It made sense while I was job-searching and I love UCSB.

UCSB is one of the most intentional businesses I have ever been a part of. They care about how they interact with students, they care about the impact they have and want to have. UCSB is very different than other schools in that way. I was an RA at George Mason and it was nothing like it was here. They would do programs here and there, but here it is very much about “how do we make people feel at home, how do we get them connected to resources, people, whatever they need to feel like this is a successful place for them.”

It’s funny it shows up a lot in our work, because when we hire people from different areas or different businesses, they are like, “What are you all doing? Why do you guys spend so much time on [your relationships with the students]?” And it’s because we care.

DN: Do you have any advice for students who want to travel?

Allyson: Keep Googling. Everything you want to do is out there. You have to be willing to go, but you have to know that money has to come from somewhere so you have to be willing to choose. I could spend $150 dollars on clothes, but then it’s like, damn, that was a ticket to New York. There are so many opportunities … study abroad … You just have to buy the ticket. Once you do it, if you enjoy it, you will want to do it again and again.