Although it was a tough night for Democrats nationally, local Democrats won big at state, county and city levels.

Many Democrats including Salud Carbajal, Hannah-Beth Jackson and Monique Limón gathered at the Mill in Santa Barbara Tuesday night to watch the results come in. 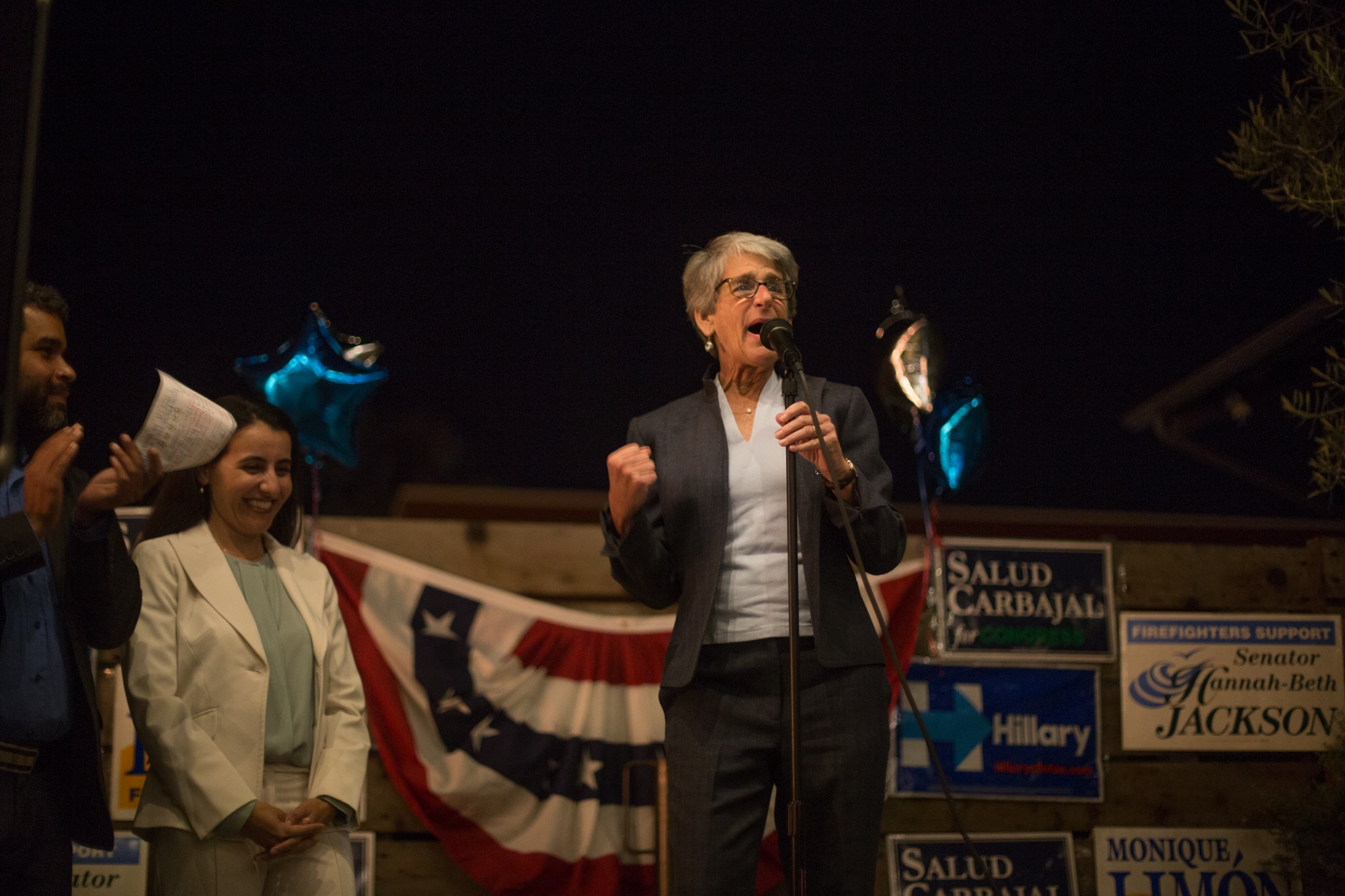 Hannah-Beth Jackson speaks to an audience at the Mill Santa Barbara on election night after her victory is announced. Jenny Luo / Daily Nexus

Daraka Larimore-Hall, chair of the Santa Barbara County Democratic Party, reminded his fellow party members that “while the news in the presidential election is harrowing … we are on the precipice of a major set of election victories here in California.”

“Now more than ever, this country needs a blue beacon of hope like California,” he said, and with Democratic candidates sweeping California polls, that is what it became.

Because California’s system gives the general election spot to the top two primary winners regardless of party, the senator replacing Barbara Boxer was guaranteed to be a Democrat.

Endorsed by the Democratic Party and Barack Obama, Kamala Harris was the party’s top choice. She won in a landslide victory, with 62.5 percent of votes, sweeping even her opponent Loretta Sanchez’s home county.

Responding to dejected Democrats after Clinton’s loss, he exclaimed, “Don’t cry, get involved,” a statement that encompasses the tone of Carbajal’s race and statement after his victory.

He ran on a platform of equality, promising to tackle LGBTQ discrimination and the wage gap, along with championing for the environment and the middle class.

“I’m committed to all those issues,” he announced at Tuesday’s Democratic watch party. “Let’s stay positive; we’re gonna get there”.

On the statewide level, incumbent Jackson ran unopposed for state senator for the 19th district, cinching another term at the state legislature. 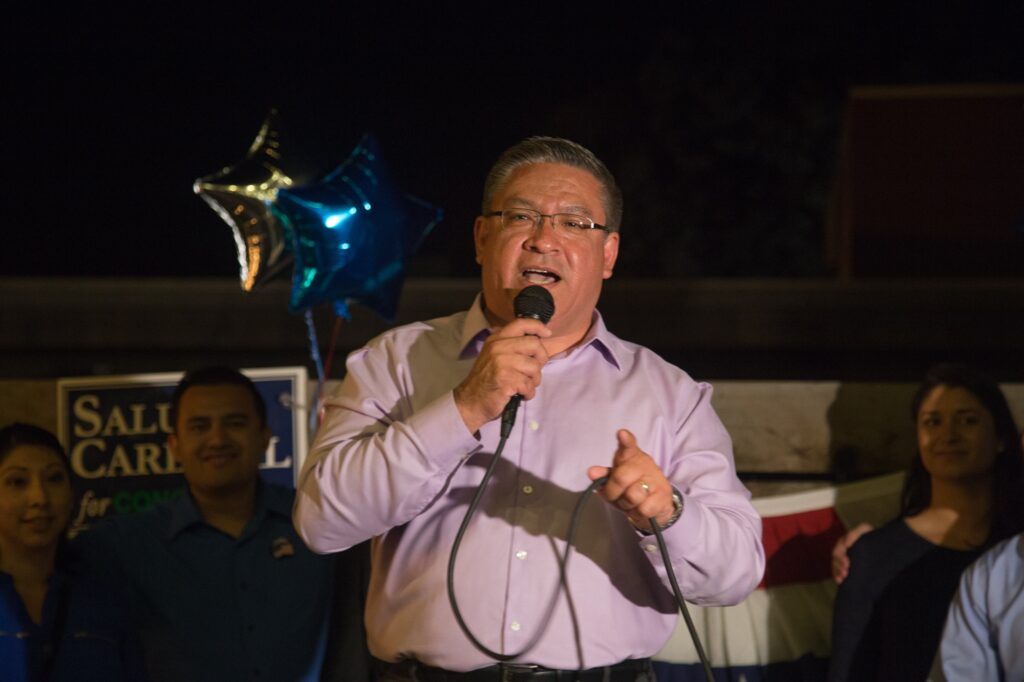 “Thank God for California,” Jackson said. “We here set the example for the nation, for our state, for the community … We need to celebrate our diversity … We build bridges not walls in California.”

Democrat Limón won her fight for the State Assembly’s 37th District against Independent Edward Fuller. She will replace incumbent Das Williams, who sought a seat on the Santa Barbara County board of supervisors rather than reelection.

“You have just elected the first Latina from Santa Barbara and Ventura County to represent you,” Limón said to a cheering crowd before going on to thank the UCSB and SBCC students who “volunteered countless hours” to help the Democratic campaigns.

Addressing Clinton’s loss, she said, “It just means we’re going to have to fight harder, and that is what we will continue to do.”

At the Santa Barbara Democratic watch party Tuesday night, Sommer Marcela expressed her support for Limón.
“I followed her trajectory for years” she said. “She has been a member of the community, she grew up here and I think she is the right person to represent me and the community.”

After a close race, Joan Hartmann won a decisive victory over Bruce Porter for county supervisor of the Third District.
UCSB students played a big role in Hartmann’s victory. In the primary election, she had received 59.6 percent of the Isla Vista and UCSB vote, while Porter only received 9.2 percent.

A version of this story appeared on p. 3 of the Thursday, Nov. 10, edition of the Daily Nexus.

Are you kidding? There are still well over 100,000 mail-in ballots yet to be counted from SB and SLO for the 24th district seat. Considering the margin separating these two is only 16,000 votes, I’d say it’s far from over.

Hannah-Beth Jackson did not run unopposed, she ran against a Republican named Colin Patrick Walch, who still received thousands of votes. She won by 13 points though.