Rejoice, UCSB men’s basketball fans: The 2016-2017 campaign is officially set to be underway with UCSB taking on the University of Nebraska-Omaha in its home opener this Saturday. 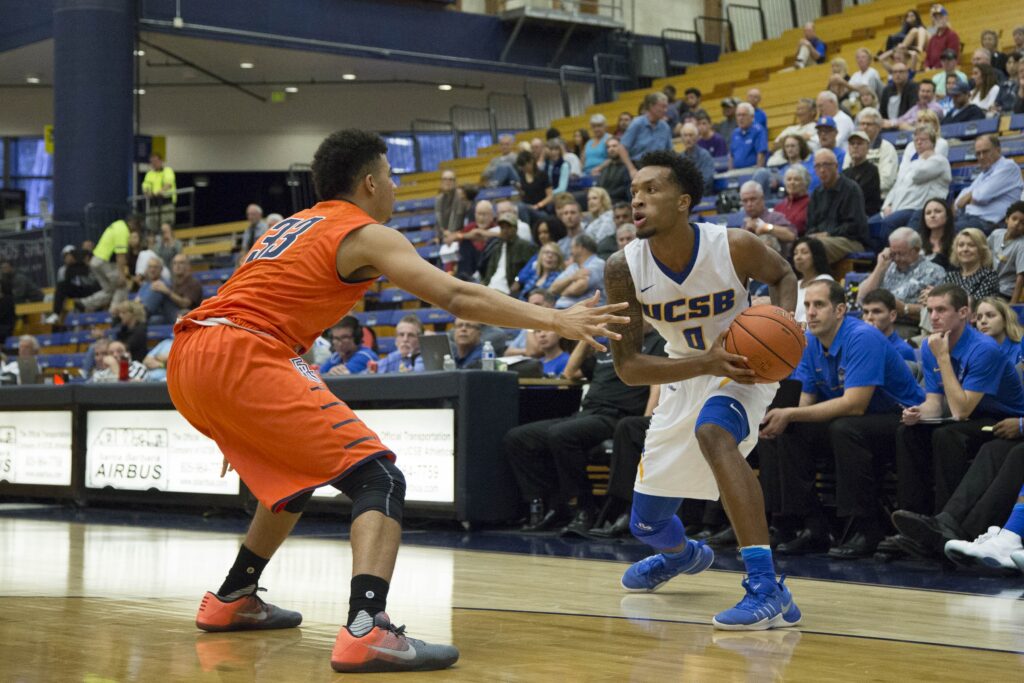 Although not officially counting in the win column, the Gauchos are coming off a solid 20-point victory in their exhibition match against Fresno Pacific. In that game, there were a lot of positives that shined on the floor, and Santa Barbara hopes to build off that coming into its match with Nebraska-Omaha.

“I like our ball club,” Head Coach Bob Williams said. “We have a long way to go but I’m excited about the group.”

UCSB is coming off a fairly successful season, going 19-14 in the 2015-2016 campaign with an 11-5 Big West conference record. It finished the season on a nine-game winning streak before ultimately falling to Hawaii in the conference tournament, ending its hopes of making the NCAA tournament and, effectively, ending its season.

The Mavericks are also coming off a solid season in which they went 18-14 overall and 10-6 in its conference, the Summit League. Like the Gauchos, the Mavericks are projected to finish fourth in their conference.

When these two teams met one season ago, Santa Barbara spoiled Nebraska-Omaha’s season and home opener, winning the match 60-59; revenge will probably be on the mind of the away team.

In the exhibition match against the Sunbirds, the California native looked poised for another great season, scoring 11 points and knocking down three shots from three-point range. Vincent is coming off 80 three-pointers made a season ago, the second most in program history.

UCSB has much more to look forward to besides Vincent, however, with players like junior transfer Jalen Canty and senior point guard Eric Childress.

On Saturday, Childress looked great, scoring 10 points, grabbing six boards and dishing out seven assists. More importantly, he had no turnovers during his 27 minutes played.

Childress was actually the reason for the Gauchos’ win over the Mavericks last season, as with three seconds left he got an offensive rebound and tipped in the game-winning basket.

Despite the excellent performance of the two guards, it was the big forward who made the most noise against Fresno Pacific. Canty was sensational, scoring game-high 17 points in just 18 minutes of play.

The California native was running up and down the floor pulling down seven rebounds and registering two blocks. The big man was also efficient as he scored 17 on 8-10 shooting from the field. He did struggle from the line, only mustering one make in five attempts, but that can be fixed as the season goes on.

“I loved it [his energy], especially in the second half,” Williams said. “He was aggressive trying to score and he rebounded well in both halves.”

Freshman guard Christian Terrell was also phenomenal in his first game as a Gaucho. The Sacramento native only scored six points, but dished out seven assists and was an efficient 2-4 from the three-point line. He also pulled down five rebounds.

Santa Barbara certainly looked like the more dominant team against Fresno Pacific, and it was good to see everyone get a chance to play, but chances are things won’t be so easy against Nebraska-Omaha.

The Mavericks return two key starters from their lineups last year in senior guard Tra-Deon Hollins and junior forward Tre’Shawn Thurman. Both were named to Summit League Preseason All-League Teams, with the senior earning a first-team nomination and the junior notching a second-team nod.

Hollins, like Canty, is actually a transfer from community college. In his first season as an NCAA player, the Omaha, Nebraska native shone, averaging 12.5 points and 6.1 assists per game, and led the nation with 3.97 steals per game. The senior garnered a total of 127 steals, the most of any player in the NCAA since 2001 and the fourth most since 1985, the first time the steal was recognized as a statistic.

He finished the season with five double-double performances and scored a career-high 30 points against UMKC in a 95-89 overtime victory. Against the Gauchos last season, Thurman scored 10 points, but eight of those came in the second half.

Saturday’s season opener should prove to be a fun one for both teams and even the fans involved. These are two teams that played a close match just a season ago, with the outcome determined by a game-winning basket with just seconds left.

Both teams are also returning key starters, which makes the game that much more exciting as we see the battles of the two athletes happen again. With that being said, there is no doubt Santa Barbara will want a win to start the new year.

UCSB and Nebraska-Omaha are set to tip off at the Thunderdome on Saturday, Nov. 12 at 2 p.m. Our twitter, @thenexus_sports, will be live tweeting the game.