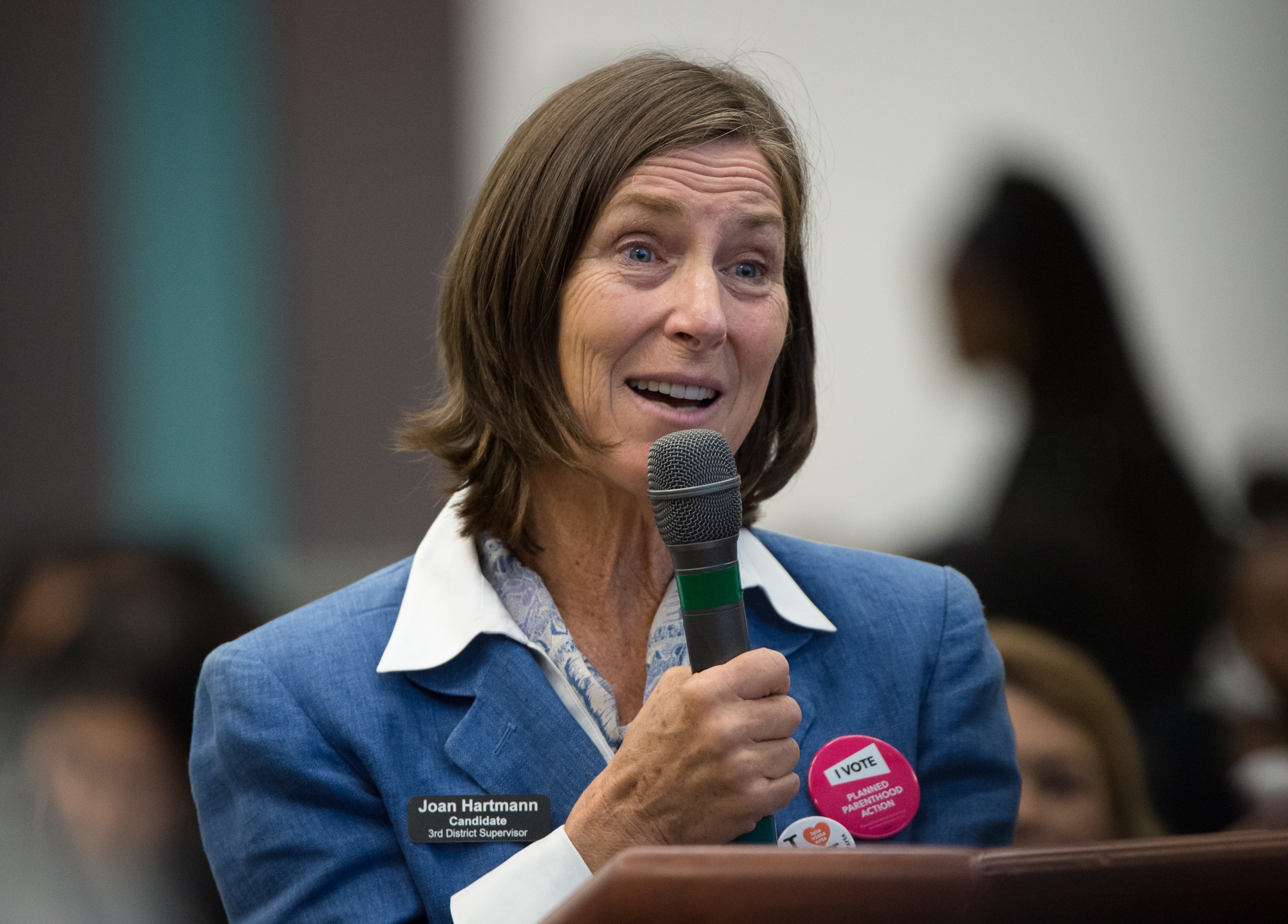 Although Hartmann had little visibility in I.V. prior to election season, she has gone above and beyond to emphasize her commitment to our community in the past few months.

She participated in the voter registrations drive, the March Against Sexual assault, a recent A.S. Senate meeting and several other campus events. Students welcome her presence and Hartmann has seamlessly integrated herself with our community.

As a Planning Commissioner, Hartmann advocated for Isla Vista in the county decision making process, pushing for more input from I.V. residents regarding parking.

She has a strong focus on environmental issues. Hartmann started her environmental career as a professor of environmental policy at institutions such as Claremont Graduate School, Oberlin College and USC. Her work in the field has been with the Environmental Protection Agency and the Santa Barbara Foundation’s LEAF Advisory Committee, among others.

Hartmann is intelligent, engaged and present in I.V. If her campaign is reflective of her time in office, Hartmann will be an important ally to a rapidly evolving Isla Vista.

Additionally, Hartmann said early in the race she hopes to “continue and build on” the legacy of the soon-to-retire Third District County Supervisor Doreen Farr, who we believe has done a great deal to make herself an accessible resource for Isla Vista. The Nexus endorses Hartmann for another eight years of this and more.